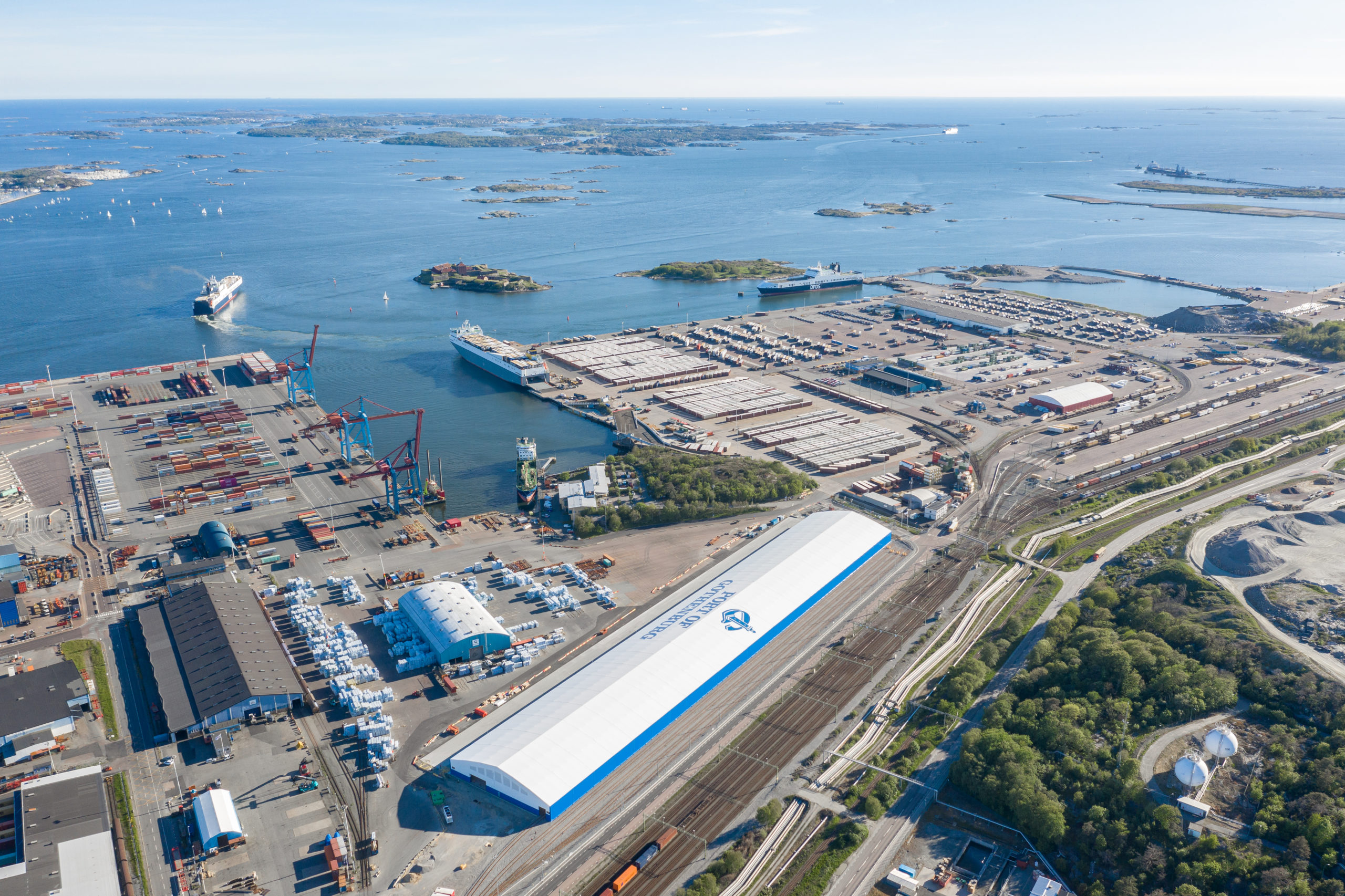 The new transshipment terminal at the Port of Gothenburg, the Svea Terminal, will soon be operational according the Port Authority.

The terminal, named the Svea Terminal, will offer 45,000 square metres of storage space. Around half the area, 21,600 square meters, is covered by the world’s largest storage tent, which was erected in June 2020.

The Terminal is due to become operational in the Autumn of 2020.

The Svea Terminal will be located between the Port of Gothenburg container and ro-ro terminals and will receive incoming forest products by rail from Swedish mills and then transfer the products to containers for onward transport.

The terminal has rail connections and can house a 350m train. By doing so, sensitive products such as pulp and paper rolls can be transported directly into the facility by rail, where under cover they are transferred into a container before being loaded on board the ship.

At present around 60% of the Port of Gothenburg container volumes arrive at or leave the port by rail.

“This is the result of the long-term investment in the Railport concept, which connects the whole of Sweden to the Port of Gothenburg by rail,” said Claes Sundmark, Vice President, Sales & Marketing, Gothenburg Port Authority.

The Svea Terminal will also help the Port meet its climate goal of reducing its emissions by 70% through to 2030.

“The Terminal will increase rail capacity even further and we will be able to double forest product volumes arriving at the port by rail. It also means that we can reduce the port’s climate footprint and provide further conditions that will allow our customers to make climate-smart choices,” said Sundmark.