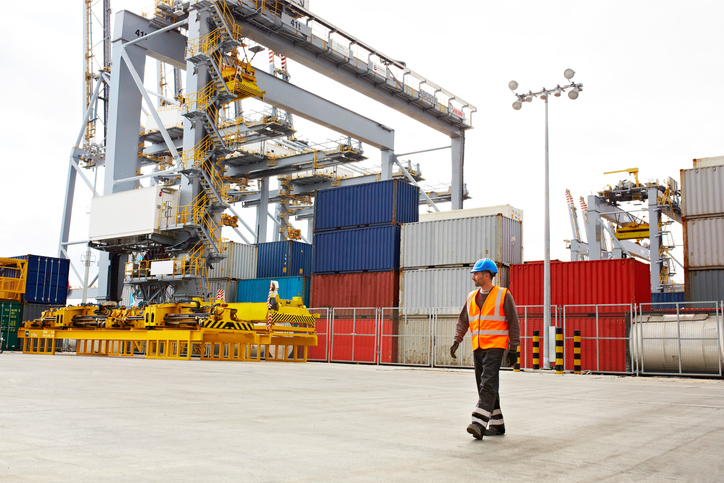 While automated greenfield projects grab the headlines, most automation investment is taking place at existing terminals, with limited space, outdated legacy systems and questions surrounding how to include the existing workforce.

A study conducted by McKinsey’s has suggested that brownfield projects will begin to gain momentum soon, with around 50% of the 50 most frequented ports around the world set to initiate retrofitting and add automated equipment over the next five years.

During a discussion on retrofitting at CTAC 2020, Floris Vernooij, Senior Product Manager, Navis, noted that the adoption of automation has not been as steady as it was predicted in the early 2000s.

While greenfield projects have led in early automation it is now the turn of brownfield sites to begin their automation journeys, and Vernooij pointed out that those about to join the next wave of automation will have different questions.

He said, “moving through automation is a shift in the way of thinking.”

A vital area for terminals to consider is their staff and where they fit into the current process and how they will fit into the future automated process.

“It is about leveraging creativity of your people and making sure your processes are built around them…and letting machines doing the boring repetitive tasks,” Vernooij highlighted.

He also highlighted the need for a stepwise approach, to reduce risk.

This was also echoed by Erik Ward, Chief Information Officer, GCT Canada, who provided the example of the Deltaport Rail Expansion Project (DREP) which was completed in 2018.

During DREP the terminals continued to be fully operational and serve its customers. Ward’s advice to those embarking on such a project: “Take a phased approach if you can. Tackle one area at a time to minimise disruption, this does take a longer critical path but can reduce risk.”

Vernooij also said, “A phased approach allows staff to go through the learning curve and adjust to a new way of working that may have been in place for many years.”

Ward also said, “Change is hard and change fatigue is real. Being on a rollercoaster of continual change can cause confusion, disruption and make future changes harder for the business and the teams involved to buy in on. Having a solid game plan that you can communicate to the stakeholders is key.

“Helping people understand what to expect from the changes and that their help and input is needed in order for it to be effective is critical. If you can establish buy-in and some responsibility for the outcome from all stakeholders it is easier to deal with changes. This also establishes the right amount of trust when unexpected changes come about.”

Ward said, from experience, “Ideally after major changes, if you can hold off on even minor changes for a period to establish new baselines and give people a respite from change, you can repeat the same process and push forward once again.”

Abdessalam El Azzouzi, Head Cranes modernization projects and warranty PH projects, Siemens, also noted that projects should “Think about the upgrade of the skills of the team – this is the only way for success”.

Siemens has a digital twin that which can simulate the equipment that a terminal is wishing to retrofit and can work with this simulation to minimise the impact ongoing operations.

Another theme that was echoed by many of the speakers during the discussion is that every project is unique.

Alan Peterson, Industry Segment Leader – Crane Systems, TMEIC, said, “Every project is unique and the biggest challenges people face are folks who have been operating manual terminals do not know what they face when they build an automated solution.

He called on those who are considering automation to do their homework, so staff in particular are ready for automation.

Matthias Kraus, General Manager, DGWorld, added that terminals should also consider what it is exactly they want to automate.

He highlighted a number of benefits to automating this type of horizontal transport including reduction of fuel consumption, the continuation of operations when people themselves are not available and a reduction of the risk of accidents which saves costs in the long term.