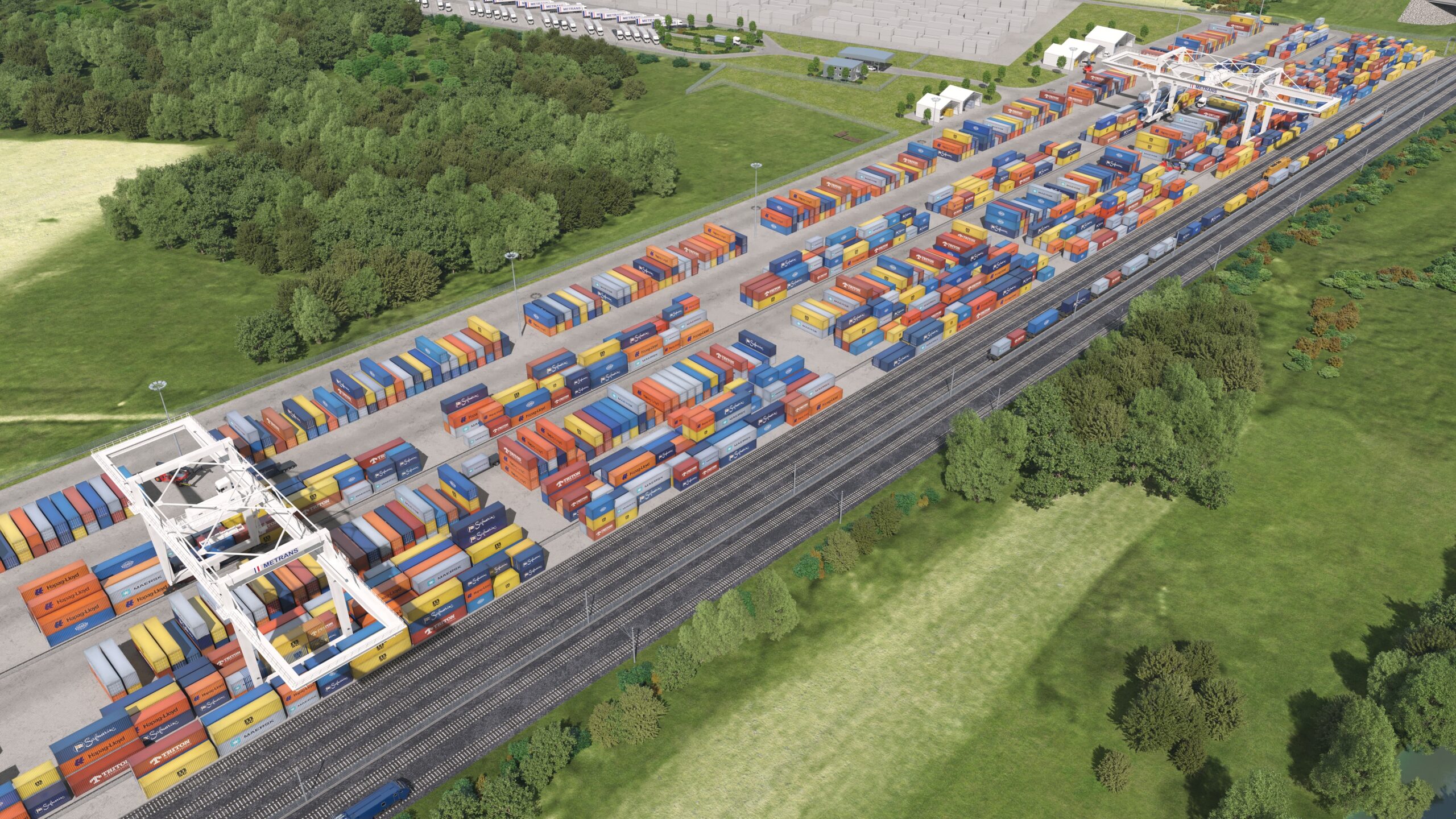 The first foundations were laid for a new Metrans hub terminal on 9 September 2021 in the Hungarian town of Zalaegerszeg.

Metrans is a HHLA intermodal subsidiary. This will be a hub for transport services along the Adriatic Corridor and towards Southern and South-Eastern Europe.

Metrans invests around €40 million ($47 million) in the project, supported by funding from the Hungarian government. 120 new jobs will be created. The first trains are to be handled at the facility in 2023.

“We see strategic potential in the Zalaegerszeg location for the expansion of transport services to the Adriatic and to Southern and South-Eastern Europe. The new hub terminal will ensure that Hungary can strengthen its position as a logistics hub in the heart of Europe. The outstanding collaboration with various Hungarian authorities was an example of successful pan-European collaboration,” said Angela Titzrath, Chairwoman of HHLA’s Executive Board.

Peter Kiss, Chairman of the Executive Board of the Metrans Group added, “There won’t just be a Metrans hub terminal in Zalaegerszeg – it will also be a central point for the entire European rail freight transport. Our investment shows how important Hungary is for the further development of the Metrans intermodal network.”

Titzrath and Kiss laid together with the Hungarian Foreign Minister Péter Szijjártó, Member of Parliament László Vígh and Zalaegerszeg’s mayor Zoltán Balaicz the foundation stone for the new terminal. The first construction phase of the plant will be operational as early as 2023.

The total investment of over €40 million ($47 million) includes a grant from Hungarian institutions amounting to approxi-mately € 11 million ($13 million). Around 120 new jobs will be created in Zalaegerszeg.

The volume of containers transported by rail in Hungary has grown continuously in recent years. Metrans has benefited from this, especially through the hub terminal in Budapest, which started operation in 2017. In the first year, around 250,000 standard containers (TEU) were handled at the facility, this increased to more than 425,000 TEU in 2020.

Regular block trains operated by Metrans connect Hungary, via Budapest and the Slovakian city of Dunajska Streda, to the North Sea ports of Hamburg, Bremerhaven and Rotterdam as well as to Duisburg, and the Adriatic ports of Trieste and Koper.

The entire European intermodal network of Metrans now comprises 17 of its own and other associated terminals. This network, and specifically the Budapest terminal, is a key component in the Silk Road. Metrans handled 913 trains in 2020 (2019: 426 trains) that originated in or destined for China. This is an increase of 114 percent, with a corresponding transport volume of approximately 30,000 TEU.