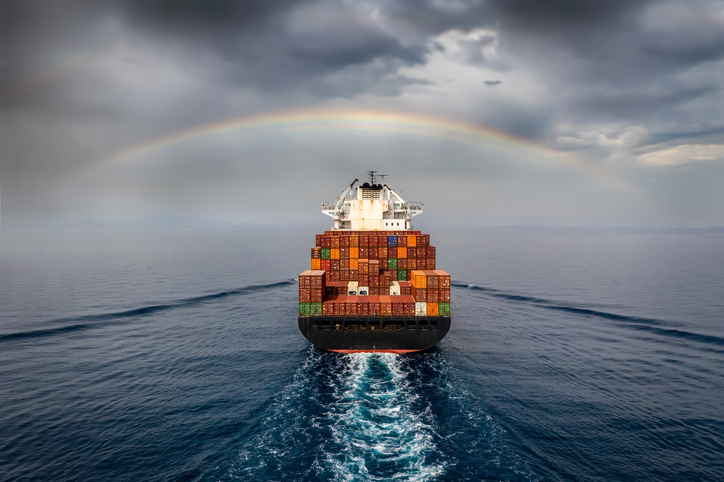 Carriers should continue to diversify operations instead of focusing on traditional growth strategies, such as vessel expansion or modernisation, said Neil Glynn, Managing Director, Credit Suisse, during a session on container shipping and trade on the Trans-Pacific at TPM21.

“[Digitisation] is a more worthy focus for liners,” Glynn said, before saying the major carriers “are working more on the idea of profitability requirements and cash generation priorities, as opposed to the more traditional model based on utility networks.”

This has included buying freight forwarders, railway providers, smaller liners and even air cargo, in the case of both CMA CGM and A.P. Moller-Maersk (Maersk). It has also investing in digital technologies to increase trade transparency, such as blockchain.

Furthermore, there considerable room for expansion as Ocean segments continue to account for most carriers’ earnings, Glynn explained.

Revenue at the world’s largest carriers has improved markedly since the beginning of the COVID-19 pandemic, with many reporting double-digit growth due to continued high freight rates and low oil prices.

However, as little as 5% is contributed by Logistics divisions, even at some of the biggest carriers in the world. This means, according to Glynn, there is “little patience” from investors for carriers’ strategic transformation.

“There is a lot of scepticism, particularly in a time when freight rates are so high and Ocean revenues dwarf everything else,” Glynn said.

“As we move from this current period into a more normal position, I think the onus on the logistics services will increase.

“There is time for carriers to advance their strategies but there is a lot to do to win over investors.”

“I expect [the carriers] to continue to roll out these strategies,” Glynn explained. He continued by saying the focus on the rest of the supply chain will “de-risk” the Ocean part of the market as it will prevent carriers fighting for market share “on the water”.

“There is a big prize for E2E service expansion,” Glynn claimed, using the asset-light third-part logistics providers (3PL), which he said will outperform the ocean carriers throughout 2021 into 2022; these include companies that focus on multiple types of transport.

“Any liner that pursues this [E2E] strategy and succeeds should be able to improve their returns and earnings.

“These strategies are early in their stage of life and we have to watch how they develop.”

How will port congestion affect carriers?

Supply chain growth has been driven by a surge in consumer demand, especially in the US where West Coast ports have become congested as traffic on the Trans-Pacific shipping routes.

Such has been the surge in demand for consumer goods that carriers could see earnings increase by as much 20% again in 2021, according to Glynn.

This figure, however, is far below the estimated earnings of some major logistics providers, such as CSX, Union Pacific, Canada National and Norfolk Southern, all of which could enjoy an increase in earnings of between 40-52%.

Consequently, some supply chain experts have urged the US government to act against the major carriers that have profited from the crisis while the rest of the supply chain is in chaos.

Carriers continuing to diversify their operations and enjoy the potential earnings is not only in the interest of the container shipping industry but also “the entire value chain”, according to Glynn.

Glynn explained that the global orderbook for new vessels, which has fallen considerably since the 2008 financial crisis and wave of alliance consolidation.

During the height of the 2008 financial crisis the orderbook was approximately 60% of the global fleet, whereas today it is no more than 11%. According to Glynn, this points to a carrier approach that is less vulnerable to global fluctuations.

“The very active, agile and flexible management of capacity that we have seen over recent years gives us a lot of confidence that decision making has changed, certainly for now, although this does need to be tested.

“The swift reactions to the distress of 2020 shows us that the old mantra of vessels being there to operate flat, almost utility-like networks has actually changed, which I strongly feel is a consequence of the last wave of consolidation.”