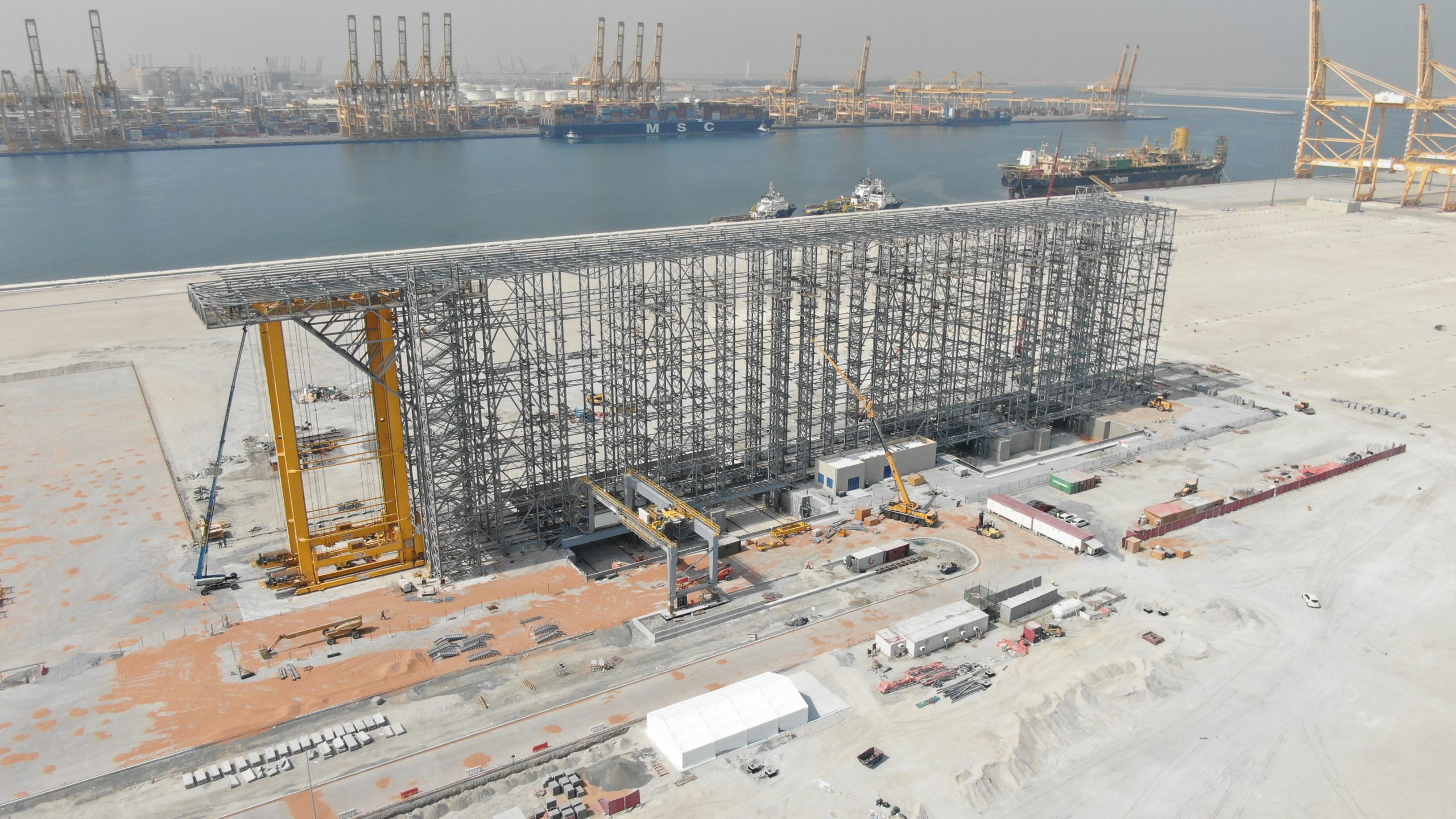 DP World has successfully completed the first 10,000 container moves in the BoxBay high bay store system at the Port of Jebel Ali.

In a statement, the company said the milestone demonstrates the potential of the “disruptive” technology and makes possible dramatic changes to the way containers are handled in ports around the world.

Construction of the test facility with 792 container slots was completed in July 2020 in Terminal 4 of the Port of Jebel Ali.

BoxBay is a patented automated container handling system that stores containers up to eleven stories high in steel racks. DP World has collaborated with German industrial engineering company SMS as part of the project.

Sultan Ahmed Bin Sulayem, Group Chairman and CEO of DP World, said, “The completion of the first 10,000 moves demonstrates that the BoxBay concept works in the real world.

“This technology has the potential to revolutionise how ports and terminals operate around the world. BoxBay adds value for our operations and customers and demonstrates DP World’s strengths as a global provider of smart and innovative logistics solutions.”

Mathias Dobner, Chairman and CEO of BoxBay, also commented, “We have been making great progress in setting up the system in Terminal 4.

“Usually, when setting up a new plant or system, you first have to run practical tests to find out where further optimisation will be needed – especially, when the system you are building is the very first one of its type, as is the case with BoxBay.

“In order to enhance the reliability of the technology, we have been thoroughly analyzing the information collected by our warehouse management system.

“These were immense amounts of data. But they enabled us to make adjustments continuously wherever necessary. BoxBay has set out to revolutionize global supply chains.”

“Nevertheless, safety of the teams on site has always had top priority. We didn’t have a single accident during the complete assembly and installation phase – not even a cut in a finger.”

It delivers more than three times the capacity of a conventional yard, so the footprint of terminals can be reduced by up to 70%.

The system is designed to run automatically and enables any container to be accessed individually without moving any other.

Traditionally containers are stacked one on top of the other in rows meaning many containers have to be moved to access containers lower down in the stacks. BoxBay is designed to be fully electrified and can be powered by solar panels on its roof, DP World said.

The technology behind BoxBay was originally developed by SMS group for handling of metal coils that weigh as much as 50 tonnes in racks as high as 50 meters. The system will be demonstrated to the public during EXPO 2020 in Dubai in October.