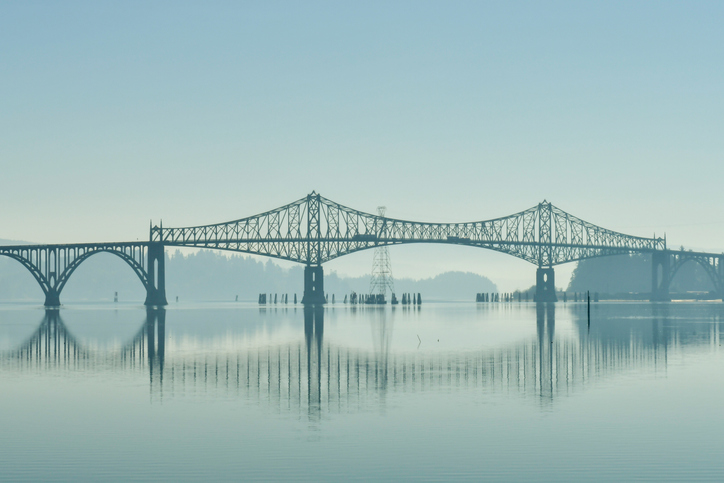 A bipartisan group of US congressmen have called on President Biden to commit federal funding to develop a new container port in Oregon.

Representative Peter DeFazio delivered a bipartisan, bicameral letter to President Biden requesting that federal funds from the Infrastructure Investment and Jobs Act (IIJA) be allocated towards a proposal to develop a major new west coast container port in Coos Bay.

“We write in strong bipartisan and bicameral support of the federal funding request for the Pacific Coast Intermodal Port, located at the Port of Coos Bay, Oregon,” the letter wrote.

“As our nation faces serious supply chain disruptions, this project offers a blinding light at the end of the tunnel.”

Establishing a container port in Coos Bay would immediately increase West Coast port capacity by up to 10 per cent, signees of the letter contend, in addition to creating an estimated 7,000 jobs.

The port is ideally located along the West Coast to alleviate congestion from the ports of Los Angeles, Long Beach and Tacoma as supply chain demand builds up. Coos Bay could stand as a key to alleviating some of the pressure from these ports once operational.

PTI sat down with Margaret Barber, Director of External Affairs and Business Development for the Port of Coos Bay, in Oregon, to talk about the port’s position through the ongoing supply chain crisis and its plans looking ahead to the future.

“We own and operate our own short-line railroad, and that’s pretty unique, at least within the United States. The port acquired that line and reopened it in 2011 and since that time we’ve put about $100 million into the infrastructure. That being said, there is still a lot that needs to go into it, particularly to handle double-stack containers,” Barber told PTI.

With this, it intends to transport 99.5% of its container throughput by rail, something which will become especially useful considering the current shortage of chassis availability.

In October 2021 the Port of Coos Bay entered into a Purchase and Sale Agreement (PSA) to acquire the former Georgia Pacific Mill site. Following the conclusion of phase I construction, the site could be ready to move limited amounts of cargo as early as mid-2023.

The Port of Coos Bay previously announced in September 2021 the signing of a deal to construct a multimodal container facility on the North Spit of the port complex.