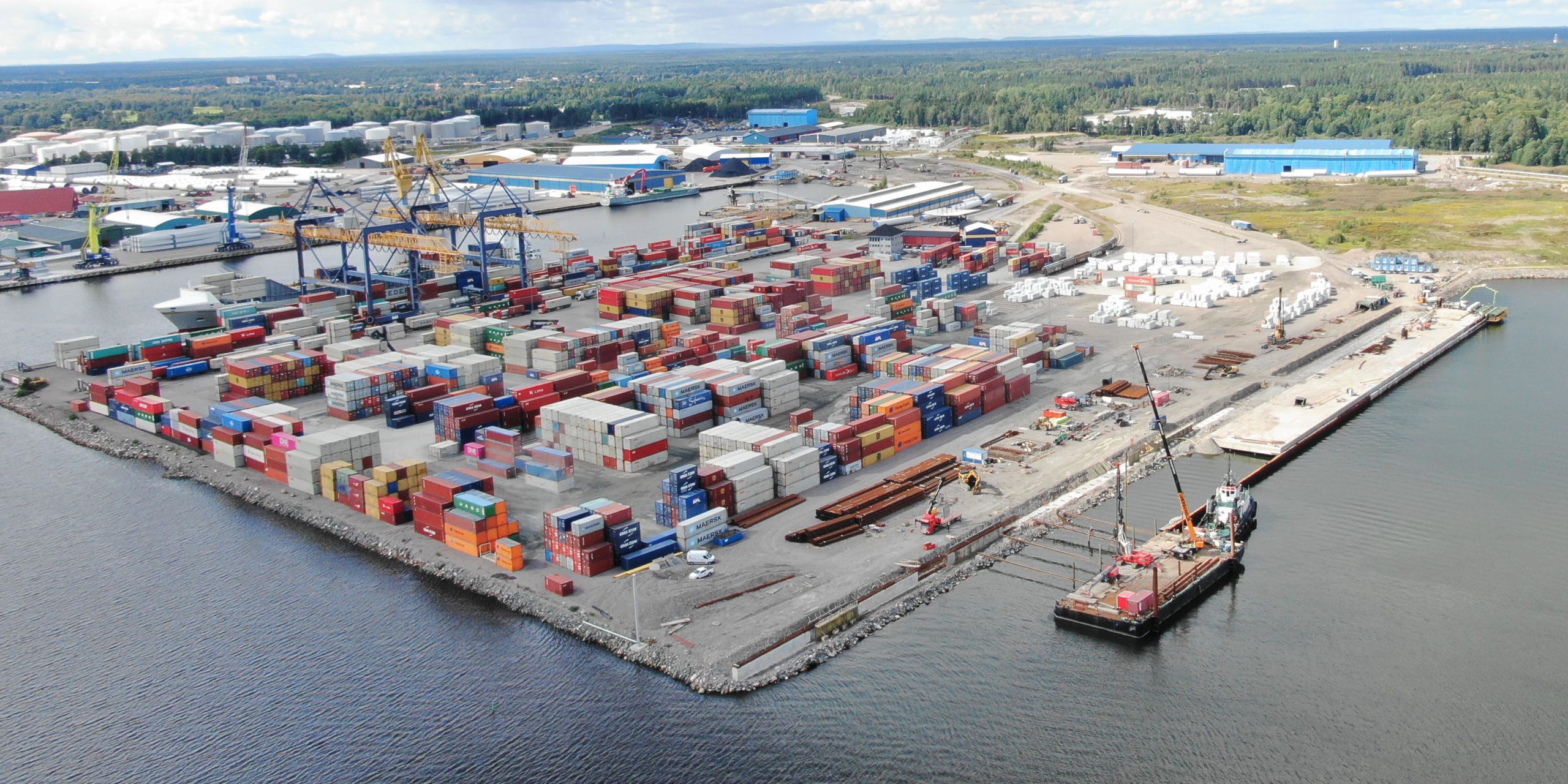 Planners behind an innovative data sharing project across Baltic logistics are targeting automated sharing and national expansion as it develops the scheme.

The Sea Traffic Management (STM) EfficientFlow project has worked with the Baltic ports of Rauma and Gävle to implement a mobile app allowing shippers and port call actors to timestamp their Estimated Time of Arrival (ETA), half-time point, and Estimated Time of Completion (ETC).

“It is easy to make things too complicated when we only talk about data sharing and new technologies. If it is not user friendly, no one will use it,” Berg told PTI.

“One of the key learnings for me is to find this lowest common denominator when it comes to the information sharing.”

The importance of collaboration on data-sharing for shipping, terminal, or cargo details is an ongoing message in industry as it seeks to improve ship and truck turnaround time, mitigate operational risks, and reduce emissions, amongst other benefits.

However challenges of cybersecurity, commercial sensitivity, and data language challenges have stunted significant progress on the subject.

Projects like EfficientFlow, which has been positively received by users such as Kongsberg and the International Maritime Organization (IMO), highlight stakeholders in a logistics chain can benefit from data-sharing initiatives.

Scaling the project further into the hinterland for intermodal and trucking operators will rest on how much information shipping firms are willing to supply of cargo details and movements, Berg said.

“The most important timestamp that the hinterland actors communicated to us that they would like to have is this ETC,” he explained.

Berg continued that hinterland operatives need further information on which vessel its cargo is on – something which falls under commercially-sensitive information and can be difficult to draw from shipping lines.

“Encouraging is about mindset, culture, way of operating, and understanding the sharing of information [benefits]. I’m not too optimistic, but I don’t think it is impossible,” he said.

For Berg, the ultimate goal of EfficientFlow is to create an all-encompassing flow of information in the same data language of route sharing and ETAs across all Baltic ports – adding that automated reporting procedures and improved data standards and common language will encourage industry take-up in the coming years.

The data-sharing project through STM is now being offered to all Finnish commercial ports through a solution provided by FinTraffic, a Finnish state-owned company.

The driving force behind the Port of Gävle’s involvement in the project grew from an operations-improvement perspective, and not simply as a digitalisation scheme, said Linda Astner, Sustainable Business Manager at the port.

“Something that we have realized during this project, is how much value you can create from just looking at data,” Astner told PTI.

“It’s easy that you see the digitalisation as a goal in itself, and it’s not. [The digital platform] is a tool for making the process better.”

Gävle transports some 300,000 TEU annually, making it one of the most important logistics hubs on the Swedish east coast.

By offering shippers, trucking operators, and all operatives in the port access to the easy-to-use mobile app, a terminal can be ready for an incoming container ship; port authorities can ensure the berth is cleared; or surrounding ships can adjust their ETAs based on the real-time information flows provided.

Astner added that in moving the project forward to hinterland, port conversations on data sharing between transporters becomes much more complex.

“One challenge going inland is the multiple small-scale stakeholders that you meet in the in between the goods owners and the port,” Astner explained.

“You have dozens of smaller scale truck operators, for example. [Some] are digitised, some are digitised in different ways, and some aren’t at all.”

To improve that ease of access – and to build the business case for shipping lines to supply cargo information – Astner echoed that automation fits into the ‘keep it simple’ message.

“It is important to find data sources mainly from automated [submissions],” Astner said.

“You will secure your ‘in data’, because the data you get out of the system will never be better than the data you put into the system. Automation, if it is possible will be important.”