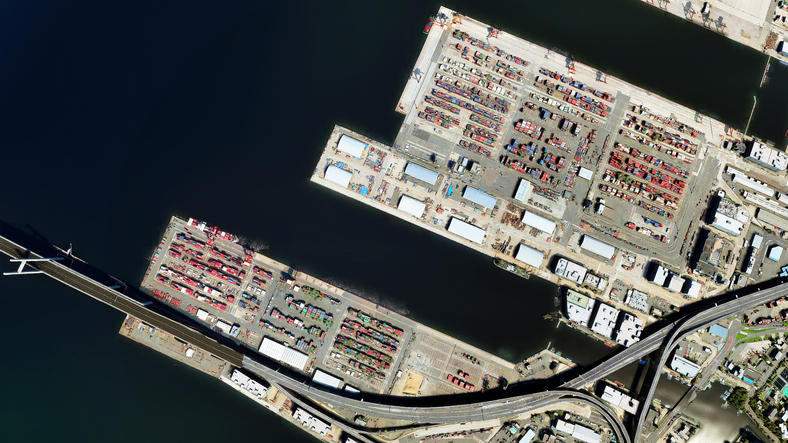 Resilient cybersecurity has been highlighted as the most prominent element in efficient data sharing along the Japanese logistics chain.

Three other Japanese ports – Shimizu, Nagoya, and Kobe – were ranked in the top 20 of the index, highlighting the nation’s efficiency at moving containers.

In 2017, the Japanese Ministry of Land, Infrastructure, Transport and Tourism (MLIT) launched a trial test for Container Fast Pass (CONPAS) at the Port of Yokohama, streamlining cargo information flow and reducing truck turn time utilising a Port Security Card with an embedded microchip.

During trials of CONPAS in March 2021 at the Ports of Kobe and Osaka a smartphone with a GPS was distributed to truck drivers in order to share cargo status, gate congestion, truck location and other vital real-time pieces of information.

Masaharu Shinohara, Executive Officer at the Kobe-Osaka International Port Corporation, said ease of doing business through digitalisation projects such as CONPAS have contributed to improved visibility and efficiency in Japanese ports.

“I must say that we are now in the process of building trust for data sharing. It is very difficult to gain trust among several conflicting stakeholders,” Shinohara explained during the International Ports and Harbor’s (IAPH) World Ports Conference.

“[The] cybersecurity issue is the most important element in the data sharing. We endeavour to make the system as secure as possible,” he added.

Japan’s logistics industry has opened up data streams on transparency levers such as container status and location, embracing Application Programming Interface (API) systems and emerging technologies such as cloud computing to allow all stakeholders to view the status of their cargo journey.

Shinohara noted that in order to protect the national CONPAS ecosystem against cyber risks, company-proprietary information such as Bill of Lading (B/L) data and details on cargo must be protected.

Shinohara added that with national logistics ecosystems such as CONPAS, “We have to bear in mind that the whole system could be breached or broken by its weakest link. We should always be aware and vigilant against intruders and hackers.”

Shinohara recommended ports and terminals can secure its systems against hackers and intruders through certified penetration tests, or the embrace of emerging technologies such as blockchain.