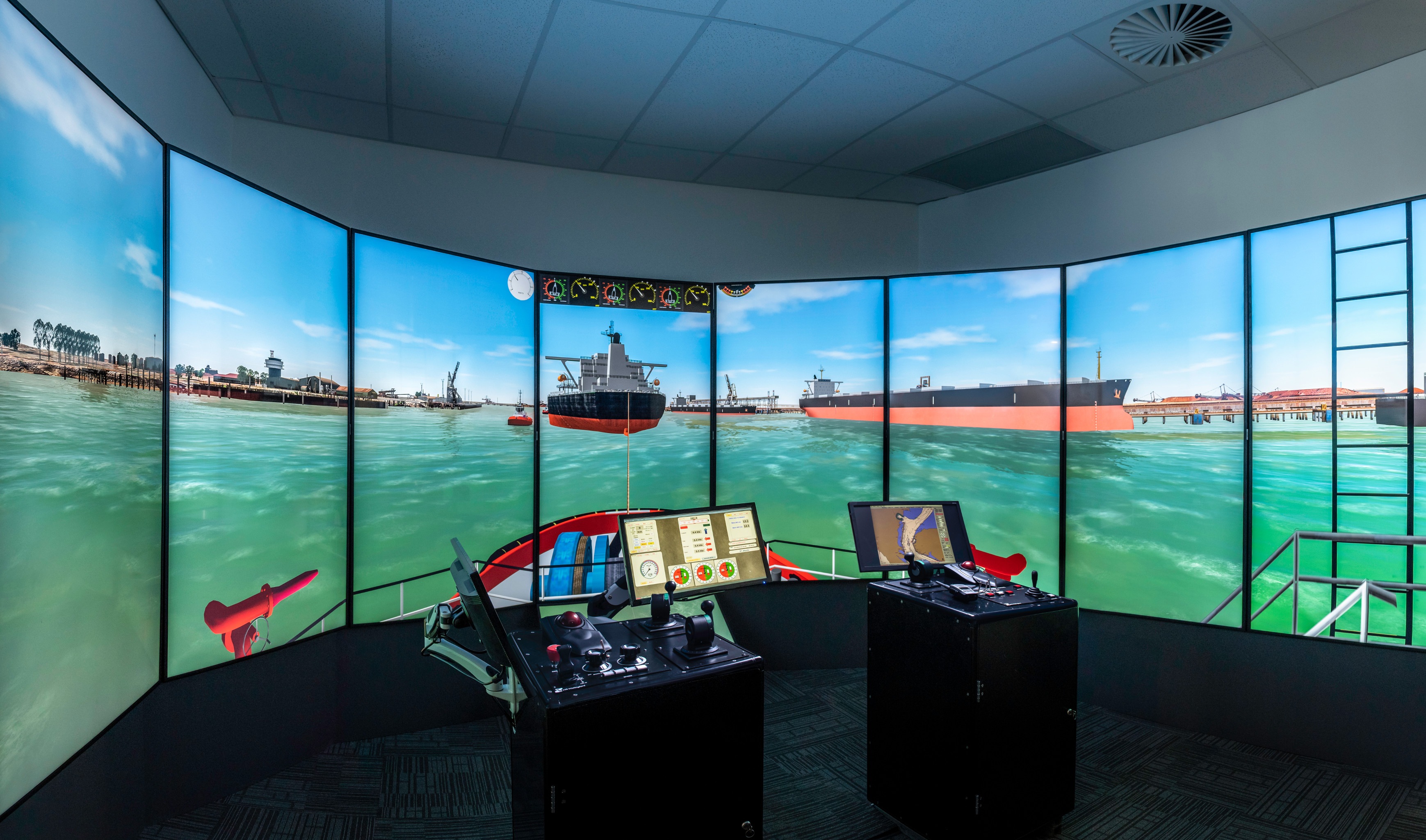 HR Wallingford has added new simulators to its Western Australian ship simulation centres which will provide training for a range of port scenarios.

Two new purpose-built simulators have been added to the Fremantle centre, making it one of the largest simulation centres in Australia and allows a full manoeuvring team (including pilots, tug masters and vessel traffic service (VTS) operators) to conduct integrated and immersive full port scenarios.

The expanded facilities were opened by Western Australian Minister for Ports, the Hon. Alannah MacTiernan MLC.

In her speech, the Minister spoke about the importance of ports to the Western Australia’s economy, given the state’s substantial exports from the energy, mining and agricultural sectors.

She said: “I am delighted that HR Wallingford has invested in this centre, further helping to ensure the smooth running and safety of our ports. Specialist leading-edge facilities such as these are essential to ensure our ports and terminals are designed and operated to the highest of standards.”

The largest new simulator has a beam of over 8m wide and would typically be configured as a ship’s bridge, while four of the other simulators would typically represent tugs. All simulators can be easily configured to simulate any type of vessel, as required. The sixth simulator is primarily intended to be set up as a VTS but can also function as a secondary ship or tug bridge.

All of the simulators can be linked together to represent a single virtual port environment or run separately to allow for a number of scenarios at one time.

The linked simulators can be used for mariners to familiarize themselves with new port layouts, larger or new classes of ships, and to allow marine pilots and tug masters to practice specialist manoeuvres together.

HR Wallingford’s decision to expand the facility was prompted in part by a new four-year contract recently signed with the Pilbara Ports Authority (PPA) to provide integrated pilot and tug master training. PPA, which operates Port Hedland, the world’s largest bulk export port, has been carrying out training at the centre for the last six years.

Capt John Finch, General Manager of Operations at the PPA, said: “We are really impressed with the expanded facilities – they are ideally suited for our needs and have improved the realism for our marine pilots and tug masters. Safety is of paramount importance to us, so it is essential for the full port resource management team to be able to train together for particular situations, including emergency responses.”