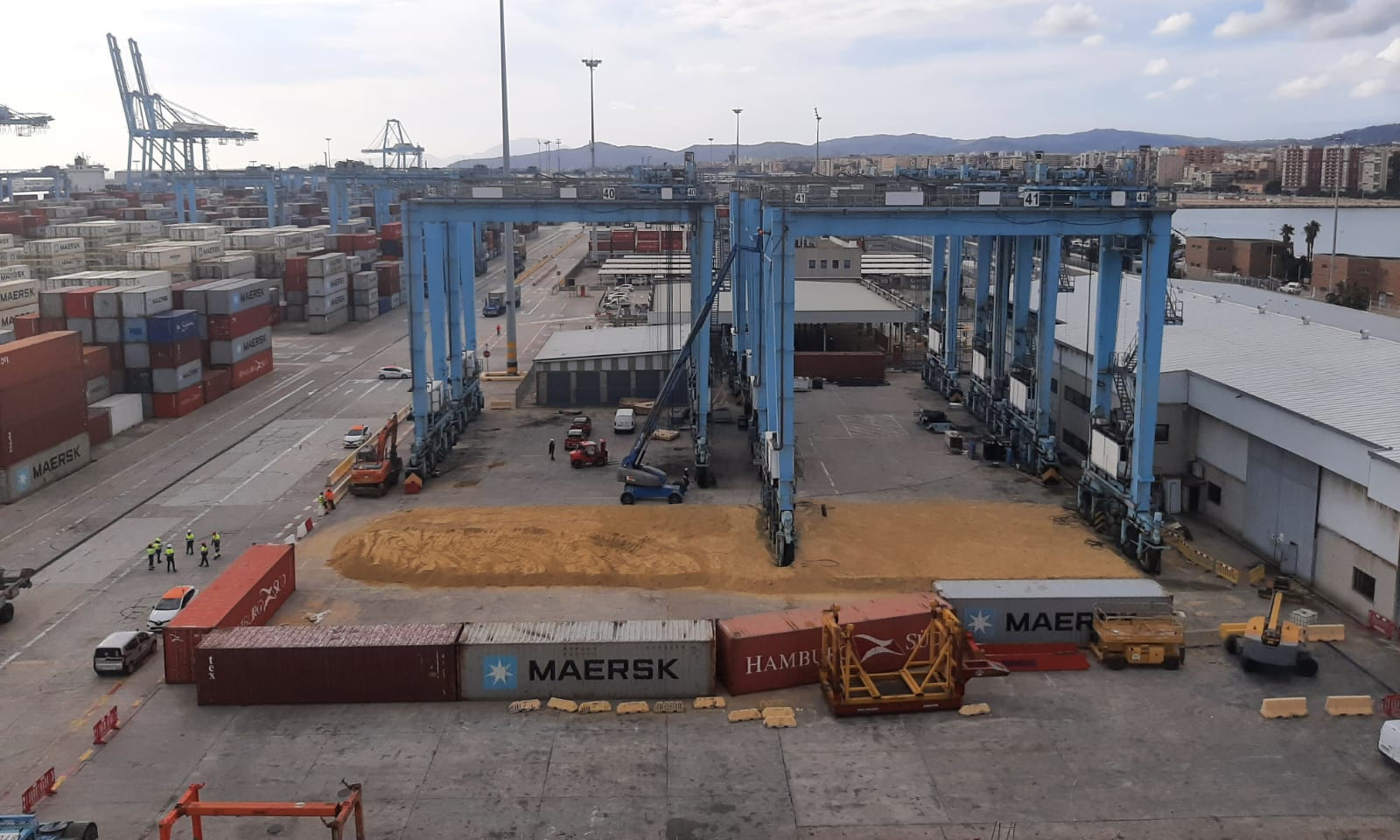 The new equipment has been supplied by Konecranes and arrived at the terminal in July 2021 for assembly.

The move comes as part of a major project to replace the old machinery at the facility and is being led by Sara Haro, Head of RTG cranes and Juan Miguel García, Head of Projects.

“Entry into each operation of the new cranes will result in a leap in quality for yard operations, both at a technical and safety level and also in terms of ergonomics and support for operators,” said José Miguel Carreño, Head of Asset Maintenance at APM Terminals Algeciras.

To help in the disassembly of the old Noell and ZPMC RTGs which are set to be replaced, the Asset Maintenance team has selected a controlled lowering system. This proves to be a safer method that avoids working at height and reduces disassembly time.

“The main advantage of this method by lowering RTGs is in safety because we reduce working at height to a maximum of two hours when the usual method takes several days. This process entails a complex structural calculation, to determine the mechanical conditions of the manoeuvre,” explained Juan Jesús Lara, Engineering Coordinator at APM Terminals Algeciras.

“This way the disassembly of each crane is carried out in two days inside the terminal and enables us to segregate and recycle materials.”

These latest additions to the terminal’s infrastructure offer improved features for loading and unloading containers in the stacks of APM Terminals’ transshipment hub yard located in the Strait of Gibraltar. These new features also include environmental, equipment and safety improvements.

On top of this, the new RTGs offer several features for the operator in positioning and operations. These include a new system of cameras and sensors, as well as new functionalities, such as the “anti-truck lifting” mechanism, which can detect if a container has not been released from the truck chassis correctly.

APM Terminals previously announced that its concession of Muelle de Juan Carol I terminal was extended by the Port Authority of Algeciras until November 2032.

In a statement from June 2021, the terminal operator said the application process was initiated by virtue of Royal Decree-Law 8/2014 of July 4 and Temporary Provision 10 of the Port Law.