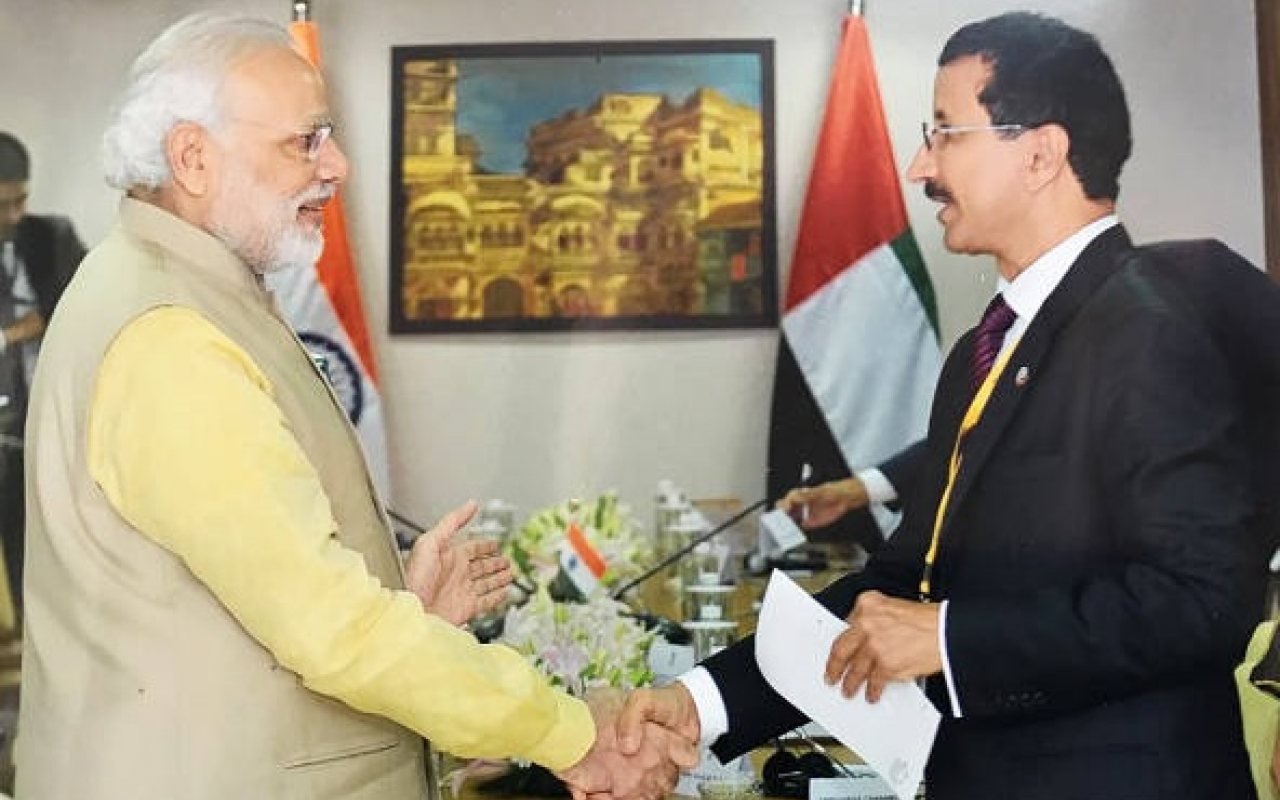 DP World Chairman and CEO, Sultan Ahmed Bin Sulayem, has announced plans to encourage sustainable growth in India’s maritime and inland trade with investments of more than USD $1 billion over the next few years.

Sulayem outlined the importance of innovation and opportunities for investors in trade, logistics and the maritime sector at a Global CEOs' meeting at the Vibrant Gujarat Global Summit in Ahmedabad, India, chaired by the country’s Prime Minister Shri. Narendra Modi.

Sulayem said: “We are also looking for investment opportunities worth over USD $1 billion over the next few years, offering our partners the opportunity to grow and expand their business. We remain committed to our operations in the country, which form an important part of our global network.

“DP World has invested in the development of 5 international gateway ports in India and we believe making ports more productive across the country rather than building more greenfield sites is the way forward.

“There is also a great need to reach internal markets, invest in cold storage facilities and networks, using coastal and inland waterways to increase efficiencies and lower costs.

“By developing this transport infrastructure – at existing ports, multi-modal transport including rail for freight and more use of waterways – there will be a direct economic impact benefitting manufacturing and agriculture, those in cities and the rural farming community.”

Dubai-based DP World has been serving India’s economy for more than a decade, investing US $1.2 billion to date and supporting over 30% of India’s container trade, working with the government to redefine the container terminal business by introducing infrastructure, new technologies and international operating practices.

Discussions at the Summit focused on the new opportunities resulting from the Prime Minister’s programmes such as Invest India, Digital India, Skill India and Made in India — evidence of the new economic direction of the country.

DP World is a market leader in Indian container terminal operations, with the largest portfolio of investments in ports along the Indian coastline.

It has also created rail connections to the hinterland and owns a national rail licence from the Government to operate 7 container trains from major hinterland markets to major gateways in Mundra and Nhava Sheva.

PTI reported at the start of this year (January 4, 2017) that DP World was looking to set up a dry port near the capital city of Cairo. Egypt’s exports to the UAE have recently increased by 224% in 2016.