Yardeye GmbH is a young organization that operates internationally with a focus on port automation and safety in container terminals. By Yardeye’s unique GNSS and RFID technology, terminals are able to identify and track cranes, vehicles and personnel for a safe and efficient intermodal yard. As terminal automation continues to advance, safe and efficient collaboration between automated equipment and people is becoming increasingly important. The highest goal of Yardeye’s technology is to ensure that safety aspect. The Yardeye Anti Collision System prevents suspended loads above vehicles and people. The redundant approach increases the safety, reliability and availability of the complete automation solution. To avoid a decrease in terminal efficiency, the Yardeye system allows parallel operation between fully automated equipment and personnel in the same working environment. An interactive digital twin of the terminal shows all object positions for the purpose of asset tracking and basic trouble shooting. The Yardeye solution can be implemented with running operations, thus no downtimes during commissioning phase are needed. With the Yardeye system, terminals are even able to increase productivity by more than 40% through optimizing container handling for the growing precision schedule. An open interface makes all data available for continuous surveillance and automatic control. This enables intelligent terminal management.

Results of the Yardeye solution:

How does the Yardeye solution work?

The Crane Collision Avoidance System is the core safety component of Yardeye. The sensor fusion of Yardeye’s GNSS and RFID technology system prevents the crane trolley from moving over any vehicle or personnel. Constantly, crane trolley and gantry movements are adjusted or stopped if required. This functionality relies on Yardeye’s Real Time Locating System (RTLS). The RTLS consists of a combination of A Differential Global Navigation Satelite System (DGNSS) and Real Time Kinematics (RTK) system, which are installed for primary positioning purposes. This technology tracks cranes and vehicles with an accuracy up to 3cm. The second technology employed is the RFID system. It uses different signal characteristics of each frequency. By RFID technology, cranes, vehicles and even personnel can be tracked. To avoid collisions, halos are generated around them. When overlapping, the crane is prompted to stop.

Customer Commitment: Yardeyes priority is to satisfy our customers needs by specific solutions. Our customers are the most important stakeholders and their feedback is our right to exist.

Responsibility: Yardeye works constantly to establish trust and confidence in employees, customers and partners. Each of our employees takes full responsibility to provide the maximum benefit to our customers.

Constant Improvement: With each challenges achieved, we set new goals that require new skills. Constant improvement is present in all areas of the organization. This mindset strengthens Yardeye as a team while setting high quality standards.

Agility: Yardeye understands complex projects, adapts them trough an agile approach and leads them to success. In parallel, the Yardeye-Team constantly adapts to a changing environment and reacts dynamically on the market.

By accident, a mining collision avoidance solution was presented to a Canadian container terminal, which quickly saw the potential for its safety requirements. After further development and a successful first project, Yardeye entered the market in 2017. In 2018, the first project went live and since then the Yardeye journey began. After the successful implementation, more terminals implemented the Yardeye solution including new functionalities such as personnel tracking and intelligent terminal management systems. 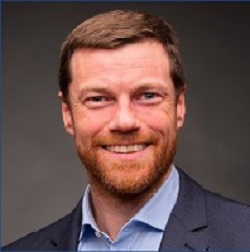 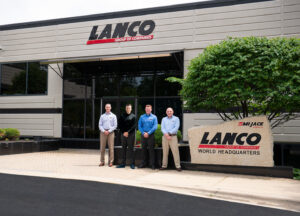 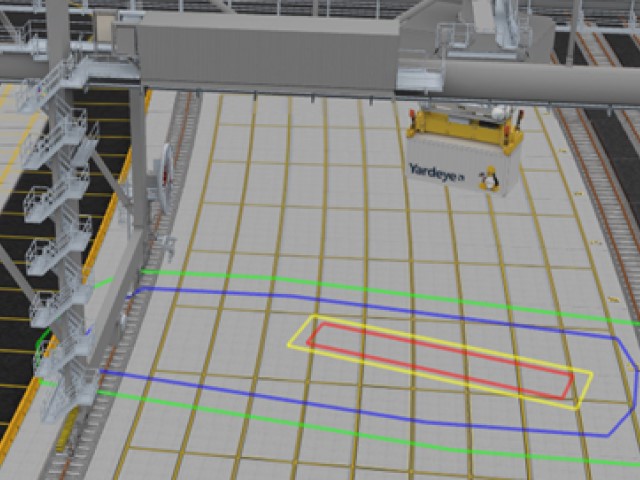 The Yard Map is an interactive digital twin of the terminal and all units (cranes, vehicles and personnel) equipped with a Yardeye system. Object positions are visualized for the purpose of asset tracking, historical analysis and basic troubleshooting. This tool allows operators to create fixed working zones that prohibit the crane from crossing these areas with suspended loads. For the purpose of historical yard analysis, a replay function is implemented. 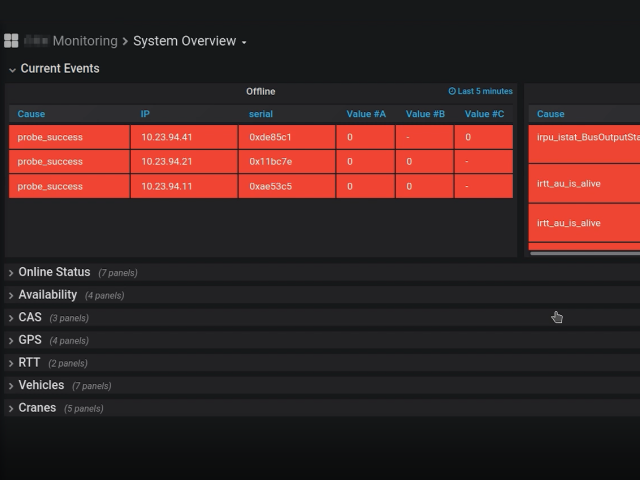 The Yardeye Monitoring visualizes the collected data from all processing units of the Yardeye solution. At a glance you can see which vehicles, cranes and servers are currently active and the status of your machines. Through the alert functions, we can send notifications to our customers if some of the values are worrisome. This will help to find errors faster and avoid worse effects. All dashboards will be customized by the individual requirements and display the relevant KPI’s of the terminal. This software provides analysis data to gain a better understanding of what has happened in your terminal and enables an intelligent management system. 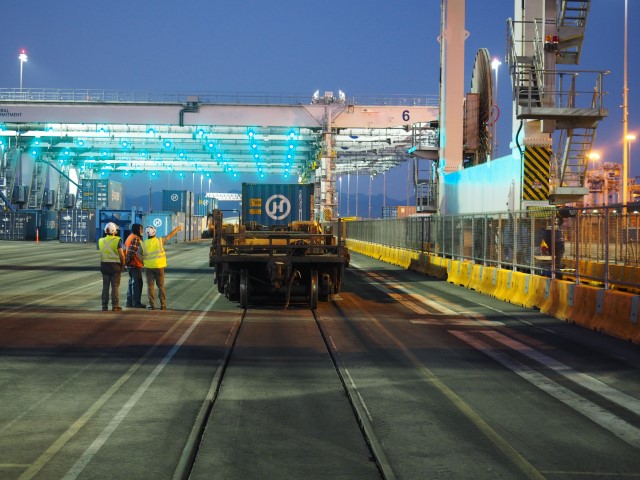 The Collision Avoidance System (CAS) is the key safety feature in all our projects. Enabled by the RTLS, all objects can be tracked and protection zones, so-called halos, are established around them. Thanks to the system, cranes can detect whether personnel or vehicles are present in the surrounding area. This system prevents the crane trolley from moving over any vehicle or personnel. The CAS or safety zone dimensions are based on crane specific velocity and acceleration curves. These zones are adjusted to the current state of the crane load, described by spreader position, velocity, rotation, hoist and heading. The CAS is specified by the reaction of two colliding halos. Therefore, Yardeye enhances every position with a halo information. 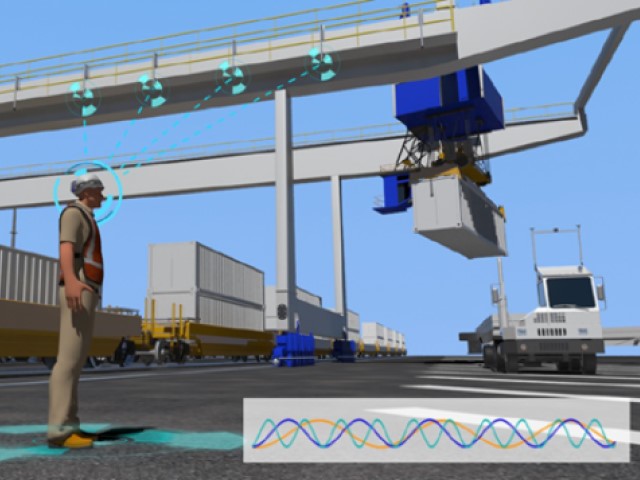 The Real Time Locating System (RTLS) tracks vehicles and personnel in order to enable the Collision Avoidance System. The RTLS consists of a sensor fusion of two subsystems. The Global Navigation Satelite System (GNSS) and the Radio Frequency Identification (RFID). GNSS is used for global positioning, whereas RFID is used for positioning relative to cranes and high masts. These two solutions complement each other and provide in conjunction a highly reliable independent position detection solution and a proven base for terminal automation.

01/11/2019
Yardeye: Uniting humans and robots in intermodal workspace
One happy day, the mining automation focused indurad met with an Container Terminal and exchanged technology insights about automation concepts and sensor technology. The sea terminal described their needs in automation a… 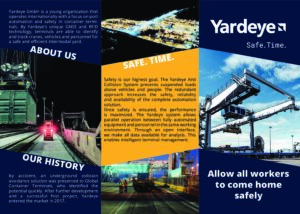 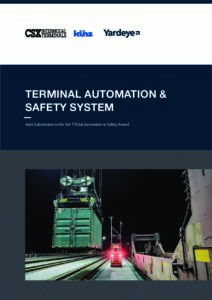