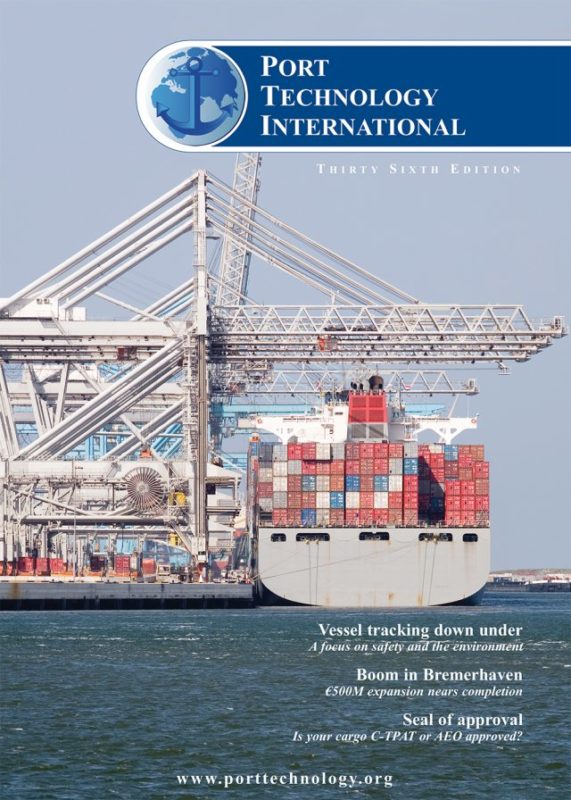 The decision to proceed with a major terminal improvement programme at the Port of Wilmington, N.C., was based on careful analysis of market demands, especially the needs of many North Carolina businesses that have been using other ports.

By seizing the opportunity before us, we at the North Carolina State Ports Authority are confident our ports will play a major role in supplying the shipping industry with much needed container capacity for generations to come.

The February 3rd arrival of four new post-Panamax container cranes at the Port of Wilmington completed the first phase of the Port’s container terminal expansion programme. Significant infrastructure upgrades were made to accommodate the cranes and upgrade operations at the container terminal, owned and operated by the N.C. State Ports Authority, as the Port of Wilmington prepares to meet the growing demand for container capacity on the US East Coast.

After a two-month journey from the Shanghai, China, facilities of manufacturer Zhenhua Port Machinery Co., the cranes were delivered to Wilmington virtually fully  erected and put into service in 10 weeks.

The electric-powered cranes operate on 100-foot gauge rails. Their 165-foot outreach allows them to handle ships with containers stowed up to 18 boxes wide, and up to seven high above the deck. The cranes, as specified by the Authority’s crane and engineering departments, are powered by ACS-800 variable -speed drives and AC-800 controllers from the Automation Technologies division of ABB Inc. of Berlin, Wisc. Operator comfort and efficiency are enhanced by the ergonomic cab built
in Italy by Brieda.

With a Long Twin spreader bar from Stinis Holland BV, each crane can lift containers weighing up to 65 tonnes, and with a hook-beam and slings, the capacity  increases to 75 tonnes.

Electrical service for the new cranes will be provided through a newly constructed substation, and the US$3.2 million distribution system for the cranes was installed by King Electric of Fayetteville, N.C., at the end of January.

Upgrades to the Port’s container berths include the addition of 100-foot gauge crane rail on Berth 9, finished in December 2006 by T.A. Loving of Goldsboro, N.C., at a cost of US$4.3 million. Another US$3.9 million of improvements to the waterside rail and fendering and mooring systems were completed in March by Precon Construction of Chesapeake, Va.

These infrastructure improvements, representing an investment of US$11.4 million, combined with US$37 million in new containerhandling equipment, are key components of Wilmington’s five-year US$143 million container terminal expansion.

In addition to US$33 million for the new cranes, nine new SMV Konecranes reach stackers with a total price tag of US$3.8 million joined the Port of Wilmington’s fleet in 2005. The container-handling machines can stack high-cube containers five high, allowing maximum storage in a minimum footprint. With the 42-foot shipping channel – opened in early 2004 – berth improvements, new reach stackers and new cranes, the Port of Wilmington’s expansion programme in the near future will
see the facility’s capacity nearly triple based on current volumes.