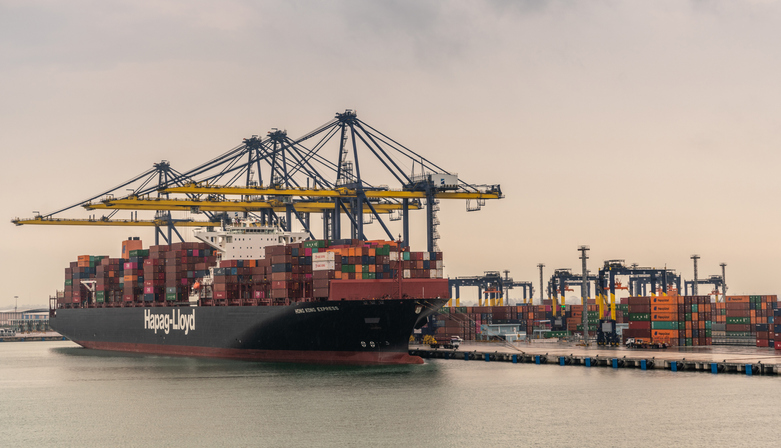 The unprecedented surge in global demand for containerised goods represents one of the largest changes in the global economy for approximately 50 years, according to Hapag-Lloyd.

During a press briefing Hapag-Lloyd’s CEO Rolf Habben Jansen described the trend as the biggest shift in consumer behaviour since the 1970s and said it indicates the market has rediscovered its appetite for goods over services.

Furthermore, he claimed nobody in the industry had predicted the swing and carriers have not seen this degree of growth for “a very long time”.

Jansen called the current surge in demand a “perfect storm” for growth but said it is a temporary market phenomenon as much of the cargo being shipped is home equipment and furniture, the need for which is driven by continued lockdown restrictions in most regions.

“Everyone predicted that volume would decline in the second half of 2020 with the best-case scenario being close to 2019 levels by the end of the year,” Jansen claimed.

He suggested it was impossible to predict when the container shipping market will return to normal, with pandemic-driven demand being the biggest area of uncertainty.

However, he  hoped the surge will abate by Q2 2021 but stopped short of making a definitive forecast.

“It is too early to tell,” Jansen said regarding when demand might return to normal levels and suggested the annual dip in exports from China during the Lunar New Year will be smaller than usual.

“We want to get back to normal, we want to provide container transportation at a very competitive cost, it is in our long-term interest for container shipping to be economically attractive,” Jansen insisted.

Demand for containerised goods has increased rapidly since the summer months of 2020 after a huge slump in the early stages of the pandemic.

Between April, May and June 2020, global demand for goods declined by 20% and deals to move goods via containers from Asia were cancelled “as fast as contractually possible”. In April, Hapag-Lloyd lost $7 million a day.

However, the reopening of Chinese factories and resumption of exports lead to congestion and delay at many US ports, such Los Angeles and Long Beach.

Some carriers in response rerouted some services to other regions, including the Pacific Northwest and the East Coast.

Jansen would not be drawn on whether Hapag-Lloyd had done so but said it was “trying to find opportunities” and that most US ports “can’t take much more”.

There have also been congestion-related challenges in Europe, however Jansen said these are not as severe as those in the US.

When will the shipping industry recover?

Industry expert and CEO of Sea Intelligence Lars Jensen told PTI that accurately forecasting when the boom will stop meant asking what will happen next.

“When the lockdown subsides, it would be reasonable to assume that part of spending goes back to services,” Jensen said.

“But how quickly and sharply does that happen? Will consumers suddenly overcompensate and spend more on services than usual and less on goods?

“The spending spree of the past half year – how much of that has been on goods people would have bought anyway, but have merely bought earlier? And the people who have ended up with larger savings than usual – how will that be spent after lockdowns? This to me makes all of 2021 very unpredictable in terms of demand (both up and down).”

While a timescale for returning to normality may be difficult to predict, Jensen echoed Hapag-Lloyd’s view that it is essential for carriers that the market regains balance.

“It is clearly in the carriers’ interest to normalize the markets. Operations are in disarray because of multiple different bottlenecks (vessels, equipment, ports, terminals, truck etc etc).

“This makes it exceedingly difficult to run anything resembling a normal service – which can also be seen by the very poor schedule reliability presently. This in turn frays the customer relationships – and at the end of the day you need to provide a stable service to the customers.”

Additionally, Jensen said there will not be any further consolidation among the major carriers and any move to increase efficiencies in that way will happen among “small regional players”, a trend which began before the pandemic.