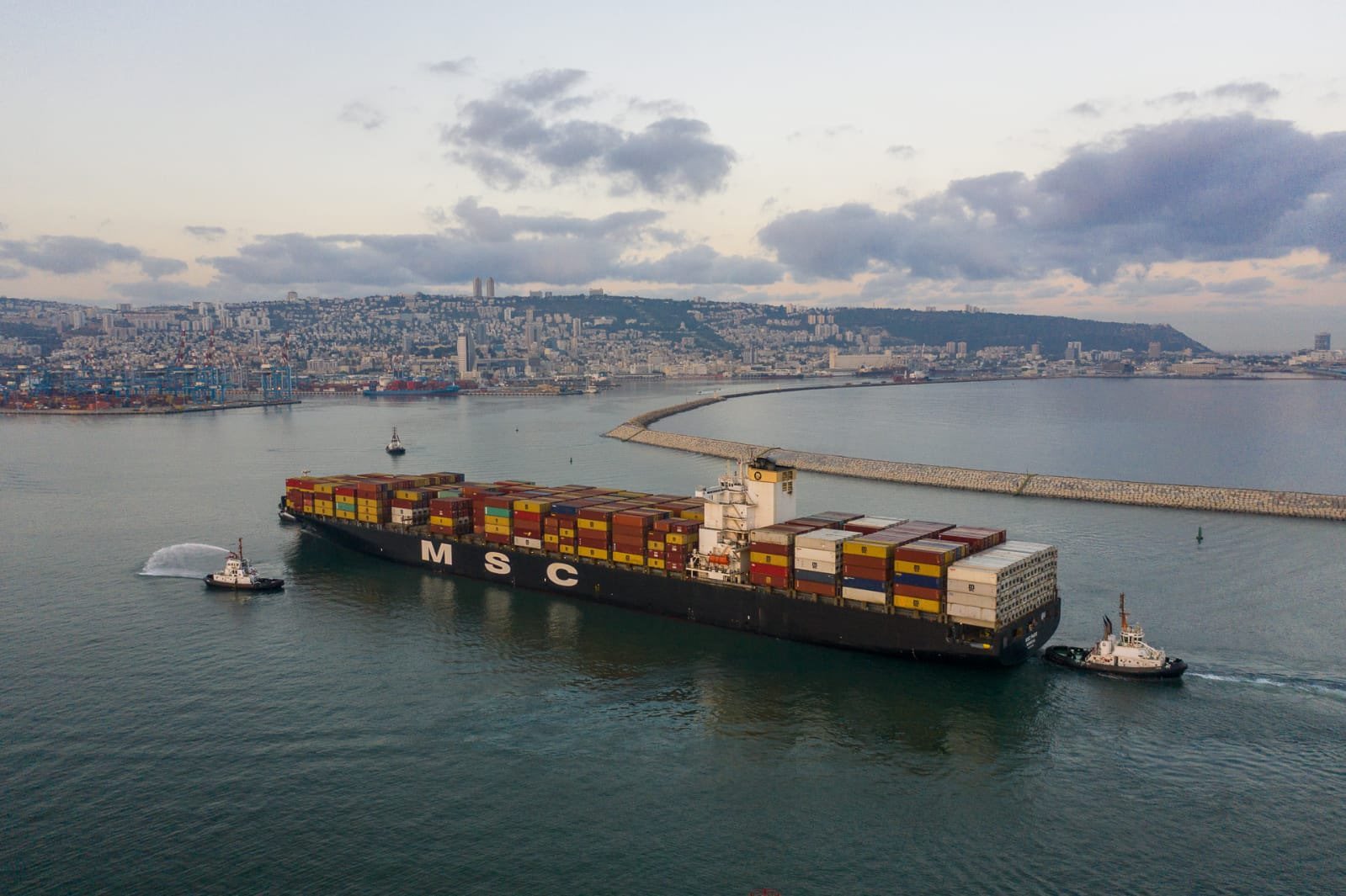 The MSC Paris has made history by becoming the first containership to travel between the UAE and Israel after it entered the Port of Haifa on 11 October.

The arrival of the containership comes as the two countries continued to improve relations and increase trade; an event welcomed by Israeli Prime Minister Benjamin Netanyahu.

In a social media post Netanyahu said the arrival of the vessel was the first to traverse a new trade route and that the new relationship will lead to an era of collaboration.

Netanyahu also said the opening of the new trade route was particularly important during the COVID-19 pandemic, which has had a substantially negative effect on the major ports in the Middle East due to the proximity of major maritime trade lanes which have become congested throughout 2020.

The news comes as the Israeli cabinet unanimously ratified a peace treaty with the UAE on 12 October. The treaty  includes agreements to work together on infrastructure development and technological innovation.

National media quoted Netanyahu as saying the treaty “expresses the dramatic change in Israel’s standing in the region” and that the country is now seen as a superpower.

The Port of Haifa, where the MSC Paris called, is currently the subject of a concession bid from DP World.

In September 2020, DP World signed several memorandums of understanding (MoU) with DoverTower, a company owned by Shlomi Fogel, the co-owner of Israel Shipyards and Port of Eilat.

The agreements were signed as part of the trade aspect of the new relationship and designed to increase “peace, dialogue and stability” and promote sustainable development.

Furthermore, they will create a framework for the companies to work together in assessing opportunities to develop infrastructure for trade between Israel and the UAE.

It will also include an assessment from DP World to assess the development of Israeli ports and free zones – and the establishment of a further trade route between the ports of Eilat and Jebel Ali.