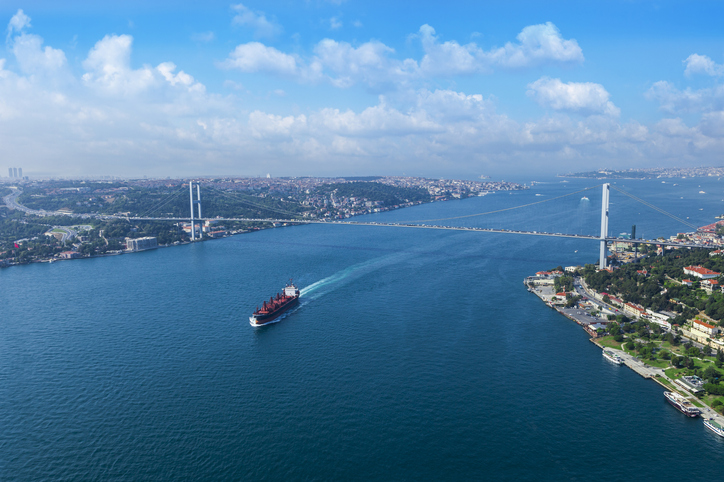 The Turkish government has broken ground on the ‘Kanal Istanbul’, a $15 billion project designed to transform the country into a global logistics power.

On June 26, the government held a ceremony to mark the start of work on a 1.6km bridge that will be above the proposed 28km long waterway.

The canal is scheduled to take six years to complete and will relieve shipping pressure on the Bosphorus Strait.

The government said the aim of the waterway is to manage ship traffic of Istanbul, which is located at the intersection of the Central and North-South corridors. Karaismailoglu claimed it will turn Turkey into “the most important logistics centre of the world”.

Additionally, a “detailed analyses” has been undertaken within the framework of the Turkey Logistics Master Plan.

Approximately 43,000 vessels pass through the Bosphorus strait every year and by 2050 traffic is expected to increase to 78,000.

Despite the possible benefits, environmental bodies fear the work and increased traffic will hurt the marine ecosystem, increase emissions in the region and even hurt Istanbul’s fresh water supply.

Turkey’s President Recep Tayyip Erdoğan, said the new waterway will be paid for by the revenue generated from shipping traffic, including cargo and cruise.

The plans were first proposed 10 years ago and come three months after the Suez Canal, one of the two major shipping waterways, was obstructed by a grounded mega-ship.

The need for more container shipping capacity has increased in recent months as the boom in e-commerce, driven by the COVID-19 pandemic, has put ports and shipping lanes under immense pressure.