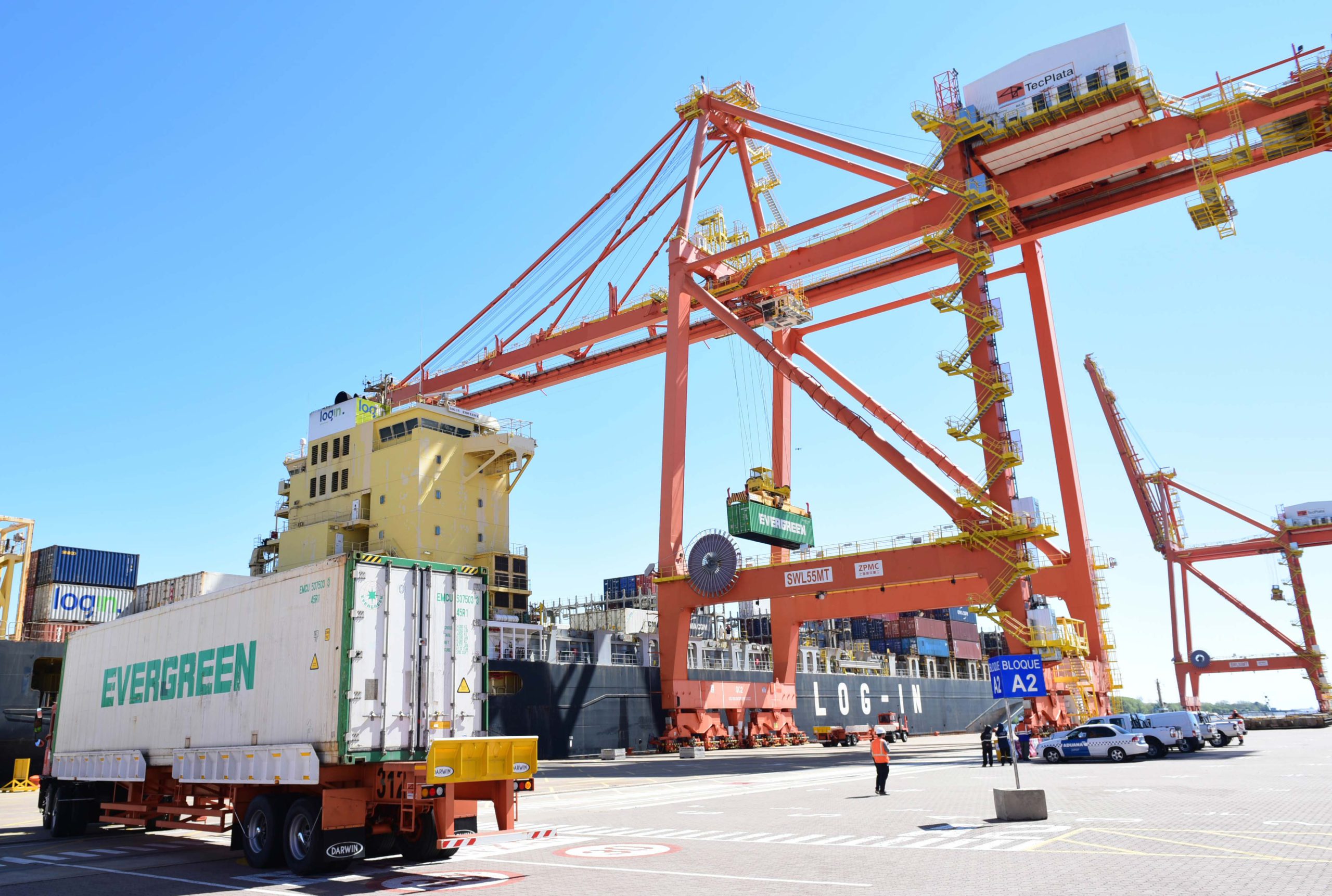 TecPlata port terminal in Argentina has begun receiving imports from the Far East with the first shipment from China through a new Far East service provided by Evergreen Marine Corporation.

The import was carried by the company Di Gilio Hnos de Ensenada which comprised auto parts from Ningbo, China.

On hand to observe the launch of the new service were Axel Kicillof, Governor of Buenos Aires Province; Augusto Costa, Minister of Production and Technological Innovation; Mario Secco, Mayor of Ensenada; and Fabián Cagliardi, Mayor of Berisso.

The exports were refrigerated containers from Frigorífico Gorina, a leading company in the export of meat in Argentina from La Plata. Part of the reefer cargo is destined for the port of Shanghai, and the rest goes to the port of Xingang.

The new Evergreen service broadens the range of options for cargo traffic from and to the Far East which, added to operational advantages and lower terminal costs, positions TecPlata as one of the best port alternatives for Argentine foreign trade, according to a company release.

TecPlata continues to strengthen this position by adding new services. Recently, the terminal received import cargo from Brazil that was later transported to the La Plata Free Trade Zone, located just 5km from the terminal.

Because of this, TecPlata seeks to develop and promote a logistics hub in the region, adding synergies with the La Plata Free Trade Zone, with the aim of reducing costs of Argentine logistics.

Within the framework of the economic challenge that Argentina is going through as a result of the global pandemic, TecPlata had already decided to extend the term of free storage of cargo from seven to nine consecutive days and had updated its public tariff, reducing costs for exports. These measures were adopted to collaborate with Argentine importers and exporters, exemplifying TecPlata’s commitment to its clients of providing efficient, flexible, transparent and competitive solutions.