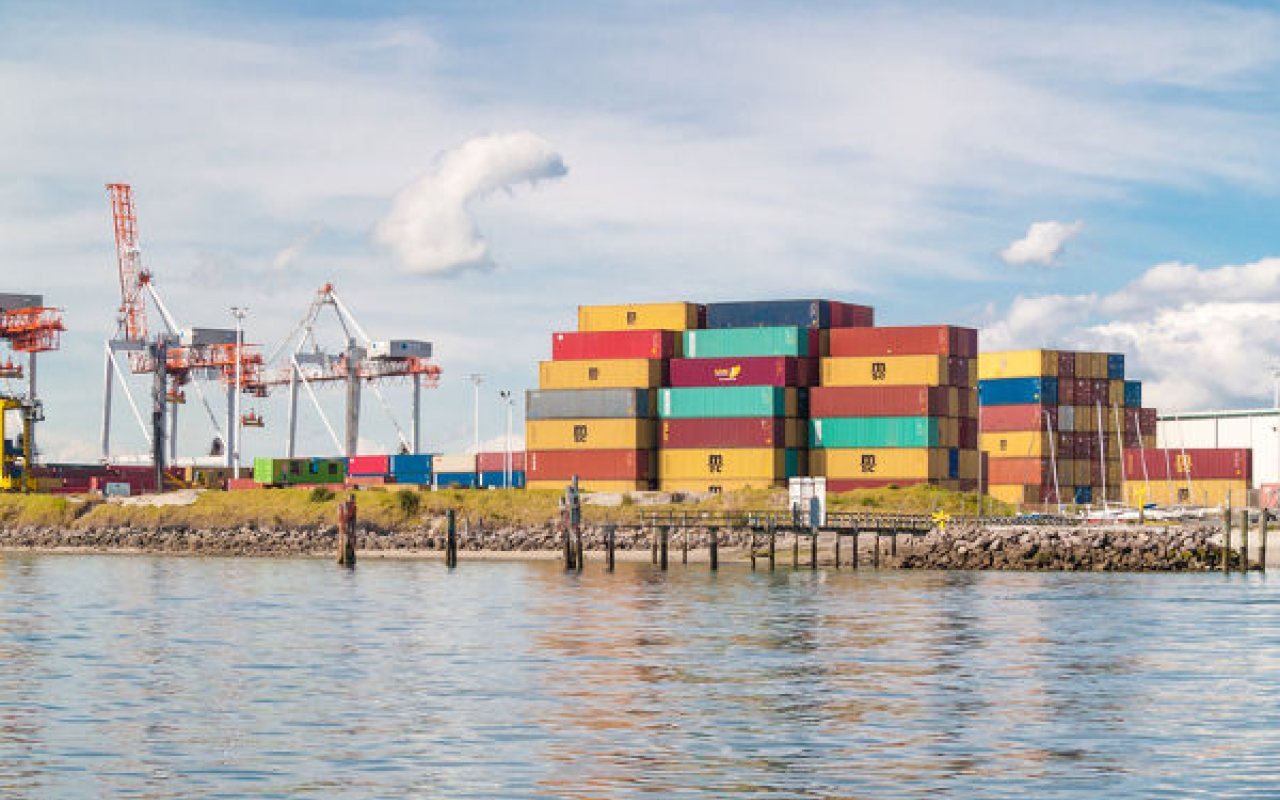 The Port of Tauranga has released its H1, 2016 results, in which net profit after tax was down 2.4% to $77.3 million, following an increase in depreciation charges and downturn in log volumes and container volumes increased 12.1% to just over 950,000 TEU, with the port’s five-year expansion largely completed.

First 9,500 TEU ships to start calling at Port of Tauranga in October after channel dredging completed and landside facilities upgraded

Reported revenues fell to $245.5 million from $268.5 million, due to a $32 million decrease in revenue as a result of having to equity account Tapper Transport as an associate company within our Coda partnership.

David Pilkington, Chairman of the Port of Tauranga Chairman, said: “Strategic initiatives such as our alliance with OJI Fibre Solutions, Kotahi and Zespri / Tauranga Kiwifruit Logistics continue to drive a strong increase in container volumes to the port. These initiatives have also insulated the company from this year's significant reduction in log exports.

“Our strategy has allowed the company to make the significant investment required to host the next generation of big ships, without compromising our commitment to deliver sustainable returns to our shareholders.

“It is also delivering benefits to the broader New Zealand economy. Following the completion of dredging to deepen and widen the port's shipping channels, the first of these large containerships is set to visit in October. Over the long term, large ships have the potential to deliver in excess of $300 million in annual savings to the country's exporters and importers.

“Port of Tauranga continues to consolidate its position as the country's leading freight gateway. With our $350 million five year investment programme largely complete, we have capacity to continue to grow freight volumes for the foreseeable future and importantly relieve constraints now emerging elsewhere in the country's port infrastructure.”

Mark Cairns, CEO of the Port of Tauranga, said: “The arrival of the first large ships in October will usher in a new era of sea-borne freight transport in New Zealand. It is gratifying to see our new infrastructure, including the recently deepened and widened shipping channel, being used so quickly after so many years of hard work.

“Port of Tauranga is the first New Zealand port able to berth ships this size. The efficiencies they will bring and the potential costs savings for New Zealand importers and exporters are significant. We have achieved this result through careful cultivation of strategic partnerships with major exporters.”

Container traffic continued to grow apace, with container throughput increasing 12.1% to more than 954,000 TEU. The largest increase in containers was in imports, which increased by more than 34,000 TEU.

Mr Cairns said: “As previously guided, following the introduction of the new shipping services we expect to handle over one million TEUs in the year ended June 2017. We expect to see log exports increase to 2015 levels with other export cargoes, such as kiwifruit, expected to continue their strong growth trajectory.

“Port of Tauranga will remain somewhat protected from severe fluctuations in trade through its diverse cargoes, income sources and locations, as well as its long term freight agreements with major exporters. We are looking ahead to the remainder of the year with confidence and expect earnings growth to recommence.

“We will provide 2016/2017 full year earnings guidance at our Annual Shareholder Meeting on 20 October 2016, when we have a better feel for the first quarter's trade volume.”

Fact File: Port of Tauranga is New Zealand's largest port by volume of cargo and New Zealand's international freight gateway. It operates wharves at Tauranga, Mount Maunganui and Timaru, as well as MetroPort Auckland, a rail-linked inland port in South Auckland and MetroPort Christchurch, an intermodal freight hub in Rolleston.