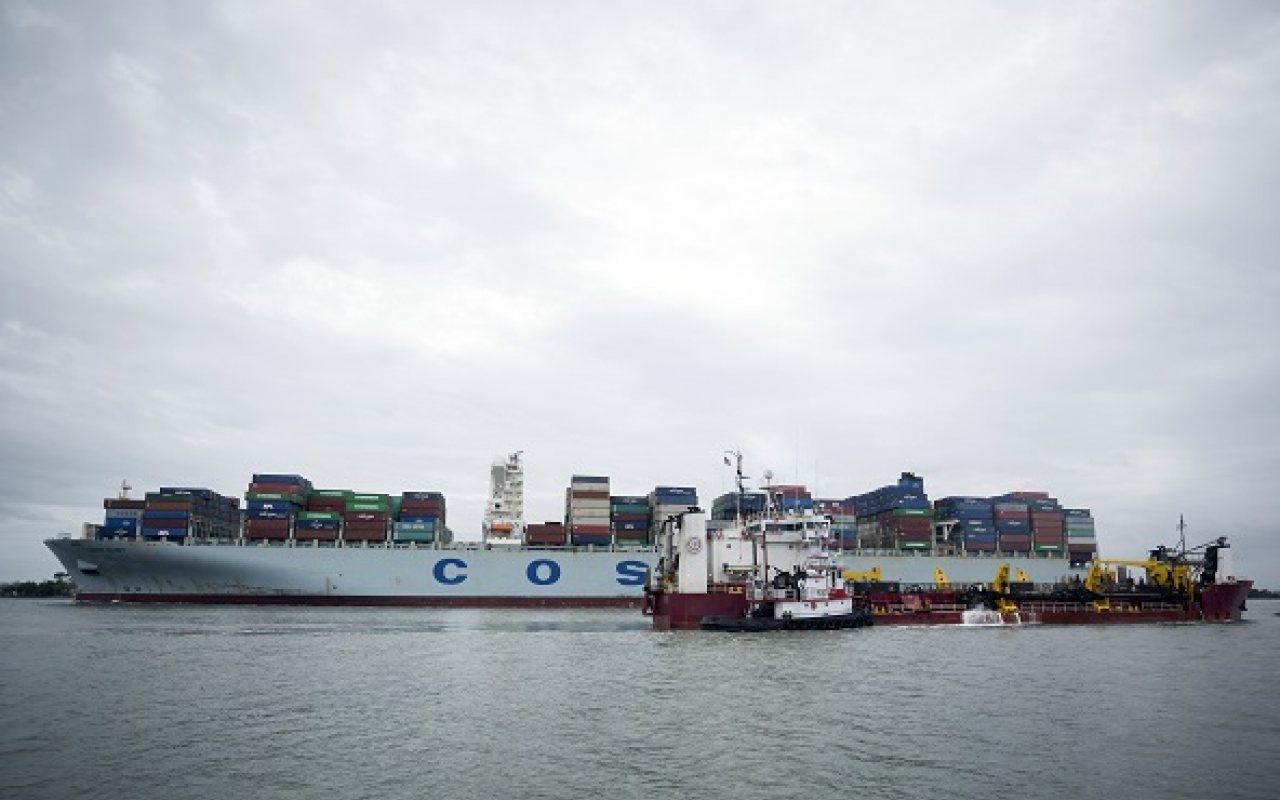 US Army Corps of Engineers has completed the outer harbour dredging at the Port of Savannah, the fourth busiest port in the US, marking the midpoint of the Savannah Harbor Expansion Project (SHEP).

Georgia's congressional delegation is working to increase funding to $100 million per year, the amount needed to complete the project in a timely manner.

Over the next 10 years, GPA will invest approximately $2 billion in new cranes and terminal infrastructure to handle expanding cargo volumes.

Deepening the harbor will allow Neo-Panamax vessels to take on heavier loads and transit the Savannah River with greater scheduling flexibility.

The first half of the project deepened the outer harbour to 49 feet at low tide (56 feet at high tide).

The inner harbour channel will expand to 47 feet (54 feet at high tide) from its current low-tide depth, 42 feet.

At a ceremony held on February 28, 2018, Georgia’s Governor Nathan Deal said: “The Port of Savannah is already the second busiest port in the nation for exports and the timely completion of this project will be a major step forward for our nation's infrastructure.

“To ensure that SHEP remains on schedule, my FY 2018 budget proposal calls for $35 million in additional support for the project.”

A study by the Corps of Engineers estimates that once the project is complete, the deepening of the harbour will result in a net benefit of $282 million in transportation savings for shippers and consumers per year.

According to the Corps' benefit-to-cost ratio, each dollar spent on construction will yield $7.30 in net benefits to the nation's economy.

Business conducted via Georgia's ports generates $4.5 billion in federal taxes annually, according to an economic impact study conducted by the University of Georgia's Terry College of Business.

The Port of Savannah is the fastest-growing container port in the US and the fourth busiest, behind only Los Angeles, Long Beach and New York-New Jersey.

Georgia Ports Authority (GPA) Board Chairman Jimmy Allgood, commented: “From a business perspective, any time you can find an opportunity where every dollar delivers that kind of return, it's an investment worth making.

“That's a massive benefit for taxpayers, unmatched by any other maritime infrastructure project in the country.”