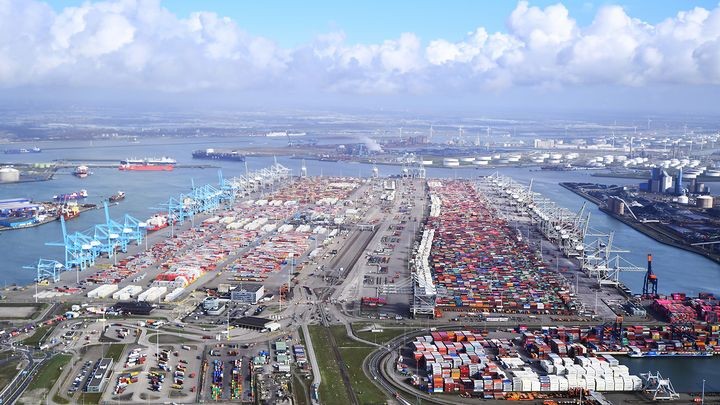 The Port of Rotterdam’s TEU volume fell by 4.7% in Q3 due to a decline in the demand for new goods in Europe, despite an increase in competitiveness in transshipment from Scandanavia and the Baltic to China.

In a statement, the Port said the improved competitiveness means it now sends fewer empty containers back than in previous years.

It described the volume decrease as “quite modest” when the effects of the COVID-19 pandemic and the number of blanked sailings are taken into account.

The Port saw volume decline across its operations, with cargo falling by 8.8% YoY, with TEU being the best performing sector. The main throughput categories to record a decline in volumes were crude oil, iron ore, coal and mineral oil products.

Allard Castelein, CEO of the Port of Rotterdam Authority, said: “At present, it is still too early to determine whether we have left the worst behind us in economic terms.

“Nevertheless, I am heartened by the revival of international trade flows and the resilience of our economy – in which the rate of recovery naturally depends to an extent on further developments in the Covid-19 pandemic.

“Together, the Port of Rotterdam Authority, the Dutch government and companies in our port will be able to give our economy a kick-start by stepping up their joint pace of investment. This will allow us to retain jobs, create new prosperity and help build a more sustainable Netherlands.”

To recover as quickly as possible from the economic slump while simultaneously improving sustainability in the port, the Port has proposed accelerating a number of investment projects.

This acceleration of investment projects that are intended to increase sustainable earning power – also known as the Starter Motor project – can create thousands of new structural jobs, contribute billions to the gross domestic product of the Netherlands and substantially cut the volume of carbon emissions released into the atmosphere.

Additionally, the port has also made quite some headway in the field of digitalisation. Over 50 shipping companies have already adopted the navigation and planning tool Navigate, and by now, 95% of the Dutch barge and rail operators share their data directly with Navigate.

The Port of Rotterdam Authority’s former pilot project Boxinsider has been transferred to Portbase, where it has been developed further into a fully functional application that was launched under the new name Cargo Tracker.

Companies can use this application to monitor the movements of import containers in Rotterdam’s port area, and are automatically notified of any delays. The launch of this new application allows Portbase to further strengthen its position as a European data platform.