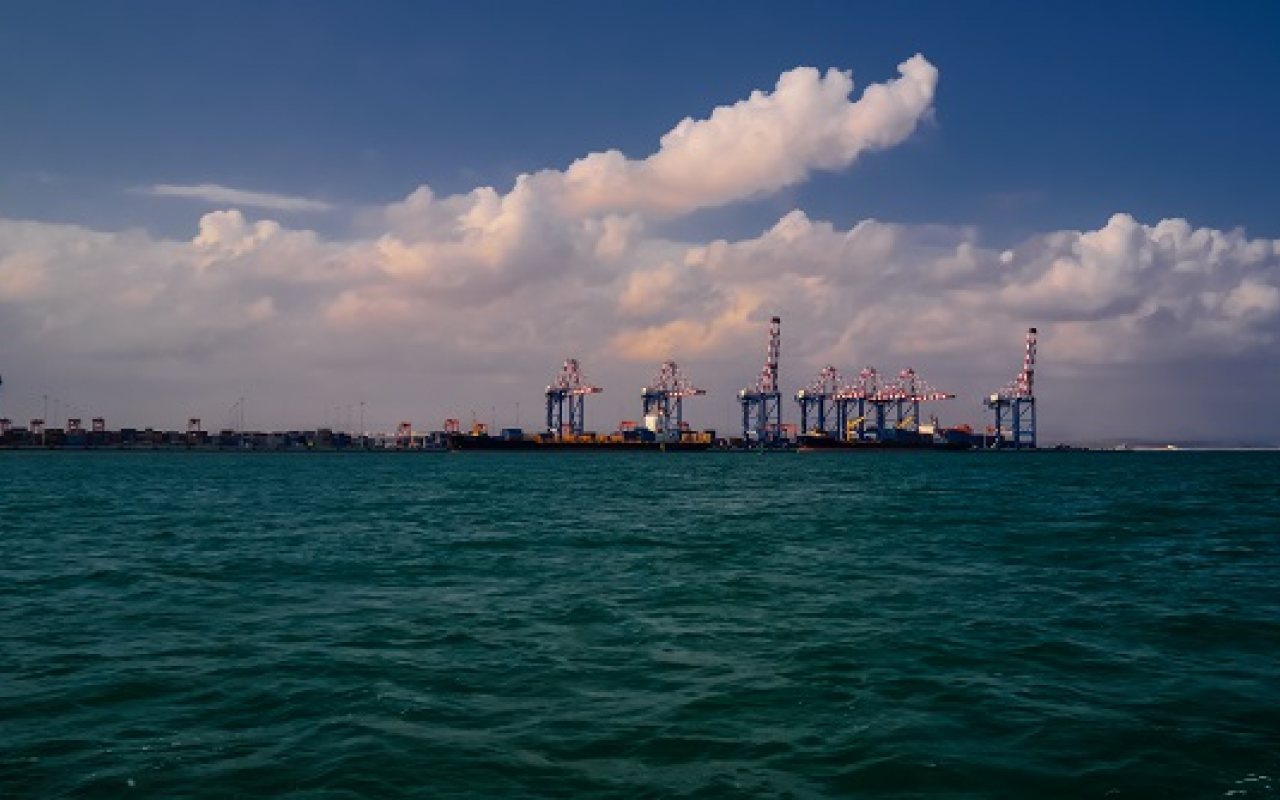 Djibouti has a population of less than a million and covers a total area of just 23,200 square km, yet it is in the middle of the biggest infrastructure development project in history, all because of the Djibouti International Free Trade Zone (DIFTZ).

It’s the biggest free trade zone in Africa and is turning Djibouti’s port into a trading and logistics hub, and a vital link in China’s Belt and Road Initiative (BRI), as well as Djibouti’s ‘Vison 2035,’ a government scheme aiming to triple the country’s per capita income by 2035.

Speaking exclusively to Port Technology (PTI), Dawit Wolde-Michael Gebre-ab MBE, Senior Director of Strategic Planning at the Djibouti Ports and Free Zones Authority (DPFZA), emphasizes how important the DIFTZ is in turning the Horn of Africa into a centre for trade and logistics.

PTI: How important is the DIFTZ to Djibouti’s and Africa’s long-term economic future?

Gebre-ab: DIFTZ is a key part of Djibouti’s strategy to become a logistics and trade hub. After successfully launching the most modern ports in East Africa, Djibouti is now going one step further.

We expect the DIFTZ to provide Djibouti with a solid manufacturing base, helping the country to achieve sustainable long-term growth through economic diversification.

The DIFTZ is expected to create 12,000 jobs in its first phase, and should increase Djibouti’s GDP by 11% by creating major business opportunities for Djibouti and East Africa. It will expand Djibouti and the region’s export manufacturing and processing capacity in key value-added sectors such as food, automotive parts, textiles and packaging.

A giant leap forward with the inauguration of the #Djibouti International Free Trade Zone (DIFTZ). Can handle trade worth billions of dollars. @IsmailOguelleh @dpfza pic.twitter.com/0yec1A1RP8

PTI: Is the DIFTZ a step towards a more integrated African market?

Gebre-ab: Absolutely. Djibouti will not be the only beneficiary of the DIFTZ; the whole Horn of Africa stands to benefit.

Djibouti has already been contributing to regional integration by providing access to the sea to a number of its landlocked neighbours and creating a transport node for the region.

The DIFTZ presents opportunities for international companies willing to enter the entire African market, and will thus further the economic integration of Djibouti with its neighbours.

The presence of four head of states of neighbouring countries (Ethiopia, Rwanda, Sudan, Somalia) at the opening ceremony shows how important the project is for the whole region.

PTI: How does it connect Djibouti’s landlocked neighbours to the sea?

Gebre-ab: Djibouti is constructing a truly multimodal infrastructure network: in 2017 it opened three state-of-the-art ports, and a new railway connecting it to the capital of Africa’s most dynamic economy, Ethiopia.

The DIFTZ is strategically located at the heart of this global network: close to Djibouti’s ports, granting easy access to the sea to the companies establishing themselves in the free zone.

This means that landlocked countries can take advantage of Djibouti’s strategic port infrastructure, as well as build a strong supply chain through the ports and the DIFTZ into the heart of Africa.

PTI: Are you expecting an expansion of the DIFTZ in the foreseeable future, i.e. more countries signing up?

Gebre-ab: What was launched earlier in July, spanning an area of a 240-hectare, is only the initial phase of a 10-year project which will comprise a total investment of $3.5 billion. Once complete, the free zone will span an area of 4,800 hectares making it Africa’s largest free trade zone.

The opening of DIFTZ is also a clear message: Djibouti is open for business. Companies from countries around the world have already expressed interest.

So far, 21 companies from around the world have already committed to settle in the DIFTZ in the coming weeks.

PTI: What technological advances are you hoping to see as result of the DIFTZ, i.e. advances in the supply chain?

Gebre-ab: DIFTZ is not only the biggest free trade zone in Africa, it is also one of the most modern when it comes to the tools used for management and investment. It will host the Home of the National Investment Promotion Agency, which will be run through sophisticated online platforms that will allow for efficient and modern management of the supply chain.

Additionally, the opening of the DIFTZ was the occasion to launch the Port Community Management system, another platform which simplifies all the administrative procedures linked to the use of Djibouti’s port facilities, further facilitating the creation of a truly multimodal infrastructure network.

Chairman Hadi and China Merchants' president met recently to discuss the success of #Djibouti and China’s cooperation, including the opening of the DIFTZ.

PTI: How much international investment has Djibouti since 2013?

Gebre-ab: Djibouti is a very attractive country. We are situated at the crossroads of the world trade, on one of the world’s busiest trade routes.

We are also a stable and safe country. Moreover, Djibouti has a stable currency, which is freely convertible and pegged to the US dollar.

In the 2018 Doing Business report of the World Bank, Djibouti was ranked among the world’s 10 most improved economies.

Over the recent years, China has been a privileged partner to Djibouti’s development due to its strong economic health and investment capacity – however, it is not an exclusive partner, and Djibouti is open for business to any potential foreign investors.