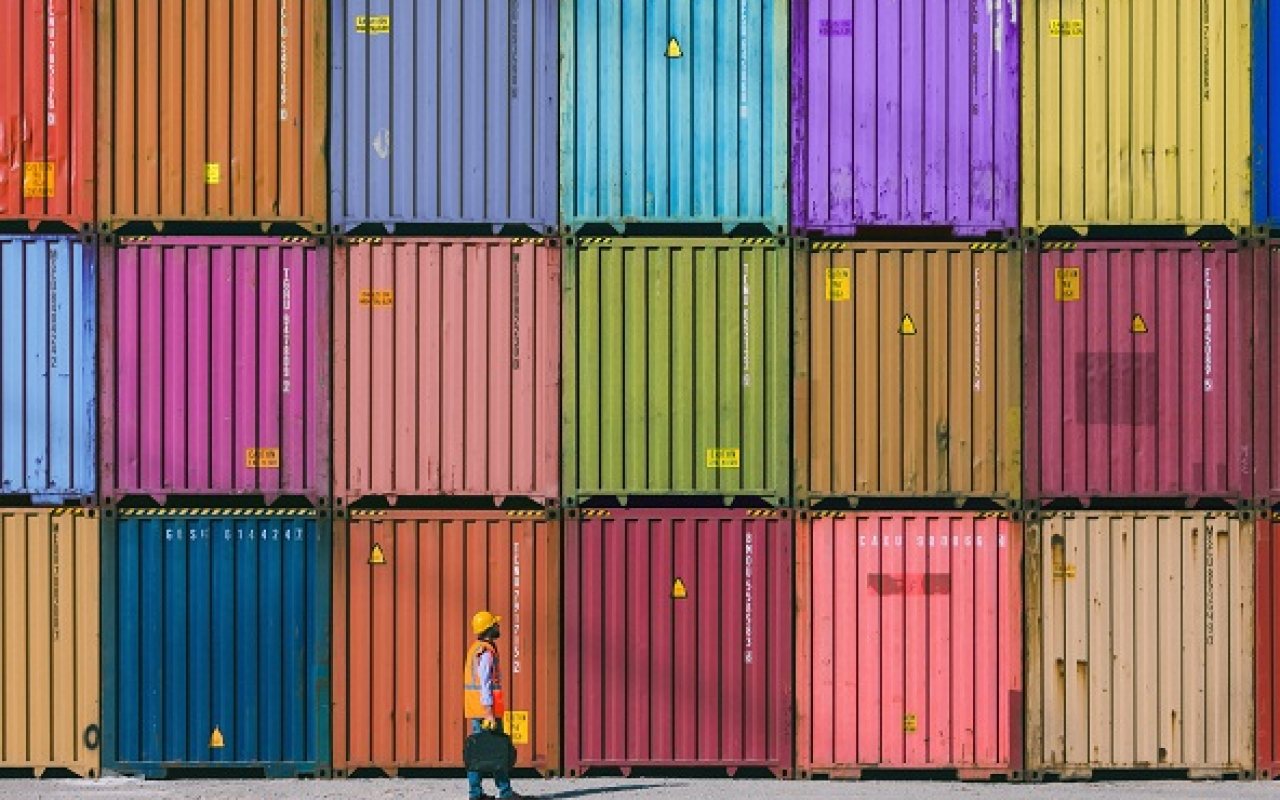 According to DP World, this storage system will create 200% more capacity than available at a conventional terminal, and allow for 100% utilization of the terminal yard.

Kris Kosmala, General Manager Asia Pacific at Quintiq, has given his verdict on the innovation, which will be applied for the first time at DP World’s Jebel Ali Terminal 4:

“Container terminal operators facing twin problems – lack of physical space and increasing volumes of containers flowing through their facilities – might have noticed the recent announcement of a joint venture between SMS Group and DP World.

In short, SMS Group conceptualised a way of stowing containers, before loading, inside an automated, multi-story warehouse.

Similar concepts have been ideated by Hong Kong and Singapore terminal operators, who faced a problem operating in dense urban environments without much opportunity for expansion, but until now the cost and complexity of such a project has prevented serious investment.

It took DP World and SMS Group to demonstrate whether a solution of this kind could be reliably constructed and sold to interested terminals.

Could this concept take off on a mass scale? At this point, I am doubtful. There is no doubt that some space-constrained terminals could see it as a panacea to their space management problem.

However, with the cost of implementing and maintaining complex automation within the warehouse, that will reliably pre-position containers within the structure, I doubt it will be able to beat the Total Cost of Ownership (TCO) of a common solution, such as using gantries.

Not all technical questions have been answered by the innovators. For example, how will they handle the failure of one container moving mechanism within the structure, so that the movement of all other containers can continue while the problem is being resolved?

This is not as simple as taking a malfunctioning gantry out of service and bringing a new one in to continue the housekeeping tasks.

Another unanswered problem is the management of container fires erupting within the structure. There may well be backup solutions to both problems, but that only increases the overall, up-front cost of the project.

We are excited to announce a joint venture between DP World and SMS group, which will revolutionise global port logistics. Read more here: https://t.co/HrPp2B0WF0 pic.twitter.com/SDO1uGK5uw

As big proponent of digitalization, I would recommend that terminals interested in this mechanical solution, to housekeeping and yard space management, investigate IT solutions instead.

My cost-competitive approach would focus on advancing the use of mathematical optimization and artificial intelligence (AI) to achieve the same efficiency with ground-laid stacks of today.

I would also look at rethinking stack organization in the first place, as carriers often make “on the go” decisions to change the stowage plans, deny container loading, or to roll awaiting containers to give priority to a more profitable customer.

These events happen very close to sailing time and could inhibit the efficient operation of the container warehouse proposed by SMS Group and DP World.”