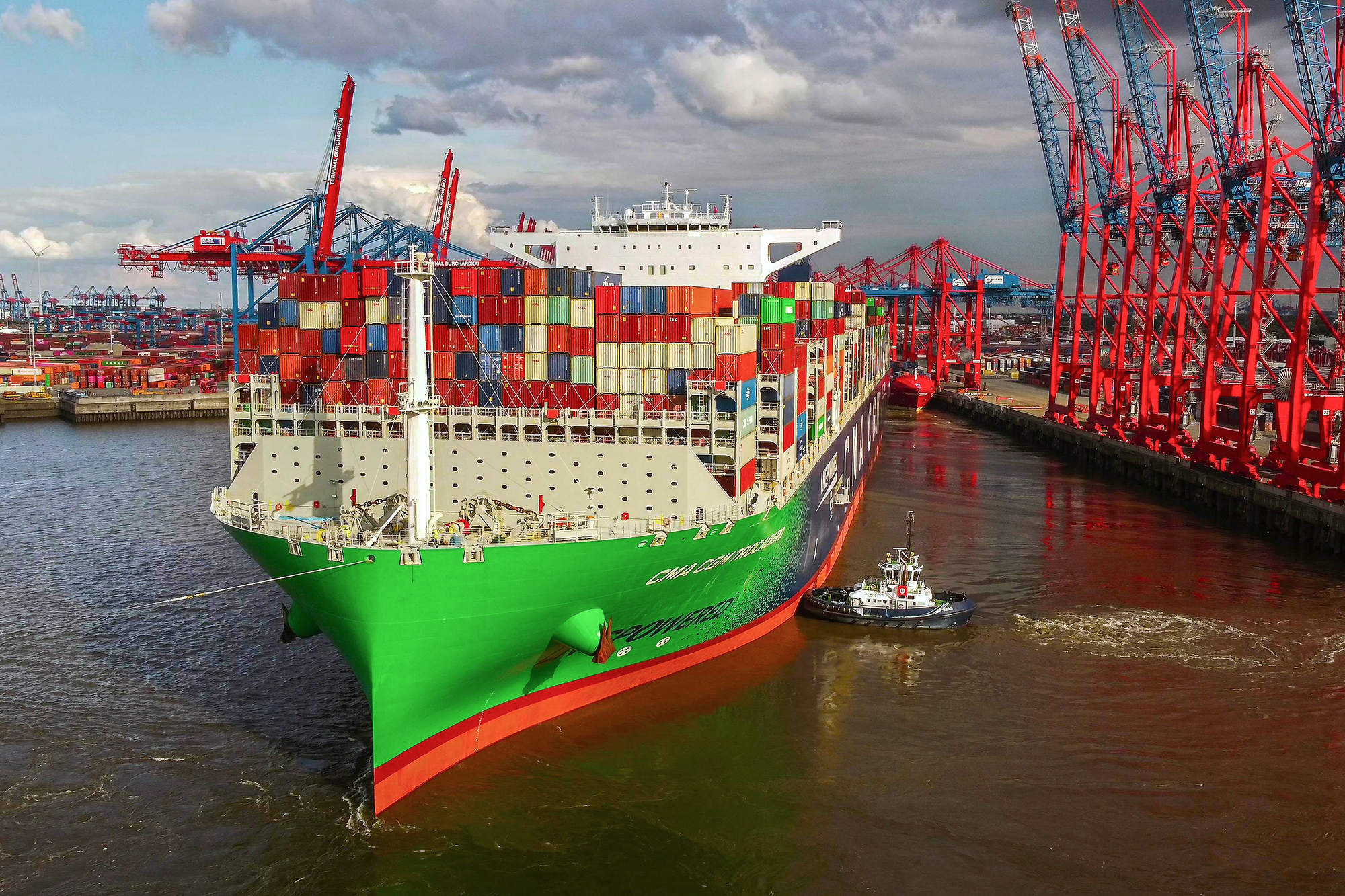 The Port of Hamburg saw an uptick in cargo volume for the first half of 2021 following a slump in 2020 driven largely the COVID-19 pandemic.

Container throughput at the port was 4.3 million TEU, a 5.5% increase on the year prior.

The port noted it had a “modest” January and February 2021 but noted that March and the second quarter “brought a distinct surge” in container handling.

Export container handling reached 2.1 million TEU, an increase of 6.1%, rising more strongly than imports which were 5% up at 2.2 million TEU.

Total throughput of loaded containers rose by 6.9% to 3.8 million TEU.

Axel Mattern, Joint CEO of Port of Hamburg Marketing – HHM, commented, “We find that throughput in the Port of Hamburg has developed positively, embarking on a recovery process.

“Yet it was not yet possible to fully recover the throughput downturn caused by the repercussions of the pandemic in Hamburg, among other ports.

“Growing import and exports, heavy consumer demand, and the Port of Hamburg’s immense range of liner services, are bringing us on to a stable growth curve,” he added.

Additionally, in the first six months, 1.4 million TEU were transported on the Port of Hamburg Railway network, an increase of 11.3% on the year previous.
Hamburg Port Authority chief Jens Meier noted, “We are delighted by this record. Despite sometimes difficult conditions, an increase in rail borne container transport to and from the Port of Hamburg proved attainable.

“We regret that on account of the large number of late ship arrivals, during the first half delays also occurred in rail handling in the Port of Hamburg. Yet terminal and rail operators, along with the many inland terminals, made tremendous efforts to avoid bottlenecks in handling.”

For the remainder of 2021, the Port of Hamburg forecasts an upward trend in seaborne cargo throughput. With the stabilisation of liner service sailings plus new services, and the situation also improving worldwide, throughput figures of around 8.7 million TEU “should be attainable,” the port said.