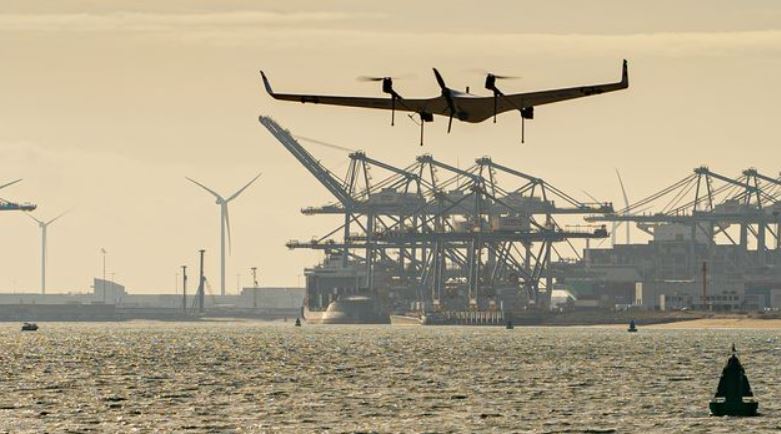 The Port of Rotterdam Authority has announced it will start a pilot on drone regulations to ensure traffic is coordinated properly.

This is the first pilot of its kind to be introduced in the Netherlands.

This pilot aims to help the Port of Rotterdam Authority draw up a proper set of rules for safe traffic in its “very low-level airspace”.

“The number of drone flights – for inspections, security, crime detection, and in the not-too-distant future for parcel delivery – is increasing,” said the Port of Rotterdam Authority in a statement.

“This positive development is in line with the Port of Rotterdam Authority’s policy to be a clean and smart port.

“Drones are fast, clean, relatively cheap, and safe, and require little maintenance. In the hybrid port of the future, drones will be used in addition to vessels, trains, and trucks for the transport of freight and passengers.”

It is expected that the first vertiports (areas designed specifically for aircraft landing and taking off) might be tested in Rotterdam early as 2024, followed two years later by the first commercial flights using flying taxis.

Manufacturers are currently developing these drones to carry between two and six passengers.

As safety is one of the highest priorities of the Port of Rotterdam, the port authority will be inviting companies that offer an Unmanned Traffic Management (UTM) system, also known as ‘U-Space’ to tender soon.

The Ministries of Defence and Infrastructure & Water Management and the Human Environment and Transport Inspectorate are directly involved in the development of the Rotterdam prototype U-Space Airspace.

The pilot will start by mid-2022 and will take around two years. After completion, more decisions can be made about setting up drone airspace control.

Last year, the Port of Rotterdam announced a successful drone pilot after a section of the quay at the Yangtze Canal was transformed into a drone port to demonstrate a long-range drone from the Dutch company Avy.

The tests were conducted as part of the ‘Drone Port of Rotterdam’ innovation program and saw the port authority carry out several drone flights above Amailahaven, Arianehaven and Alexihaven.