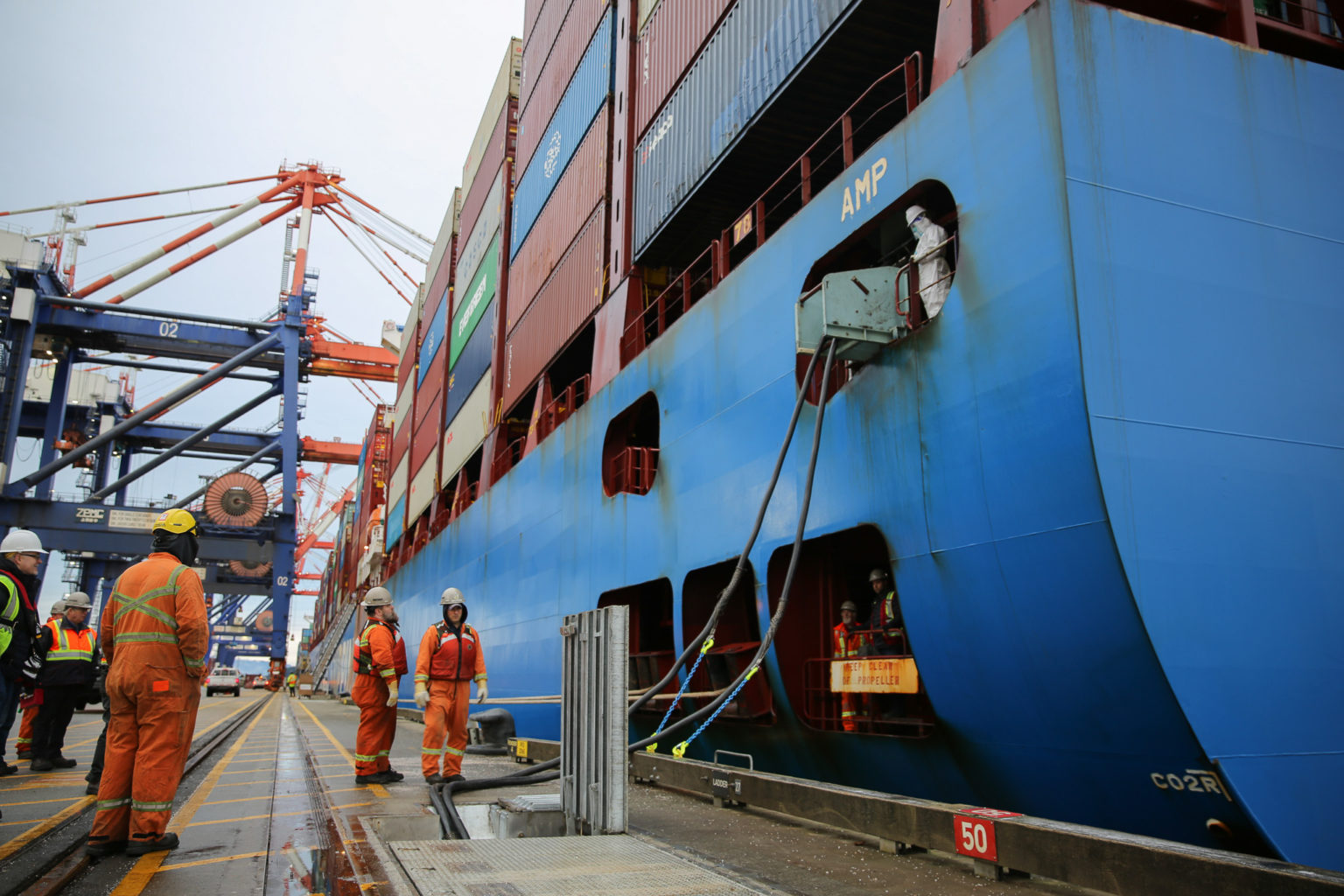 New electrical infrastructure was installed at the terminal’s north berth and upgrades were made to the south berth through a partnership between the Prince Rupert Port Authority (PRPA), DP World, and BC Hydro.

The full commissioning of the shore power system now allows ships at both berths to shut down their main generators and rely on specially equipped dockside power connections while their cargo is being loaded and unloaded.

The first ship to utilise the new north berth shore power system was the COSCO CSCL Summer on 12 December 2022.

The ability to plug in large container vessels to shore power while at either terminal berth is forecast to reduce carbon emissions by almost 30,000 tonnes annually, as well as other air emissions related to vessel exhaust such as nitrogen oxides and particulates, from the local airshed.

The Prince Rupert Port Authority, DP World Prince Rupert, and BC Hydro contributions to the project were supported by CA$2.2 million ($1.61 million) in funding toward the CA$7.6 million ($5.7 million) project provided through Environment and Climate Change Canada’s Low Carbon Economy Challenge Fund and was coordinated through BMO Radicle.

“Offering this infrastructure at our Port enables customers to make more sustainable choices about how they transport their cargo and the benefits it will have in reducing their overall carbon footprint.”

“In addition, to the shortest ship crossing from Asia to North America, and the greenest rail connection, this will position Prince Rupert as a leader in eco-friendly port operations. We want to thank our partners as we work together to reduce our impact on the environment.”

The shore power project is a key part of PRPA’s Carbon Reduction Plan, which aims to reduce the Port’s greenhouse gas intensity by 30 percent from 2018 levels by the year 2030 and reach net-zero carbon emissions by 2050.

In November the Government of Canada announced CAD$75 million ($56 million) of funding to increase capacity at the Port of Prince Rupert.