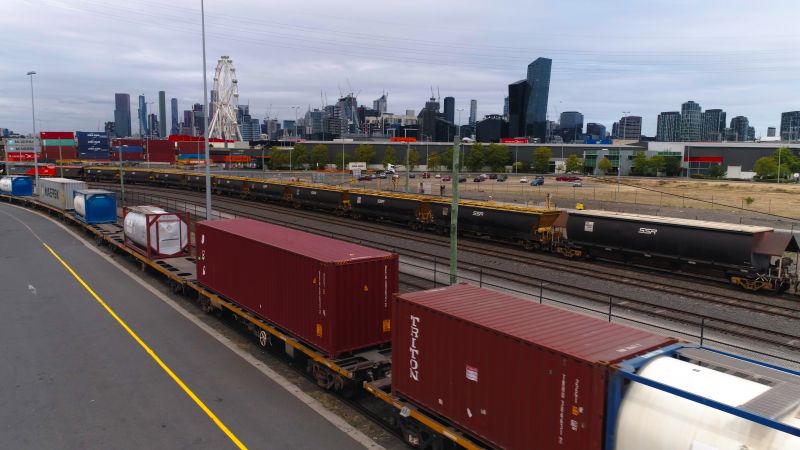 The Port of Melbourne has welcomed a Commonwealth budget commitment of AUS$2 billion ($1.57 billion) to build a intermodal terminal.

In a statement, the Port said the new hub will be built to accommodate present and future inland rail services.

Additionally, the Port said it supports the increased the use of rail to enable the more efficient movement of goods, as evidenced by the AUS$125 million Port Rail Transformation Project (PTRP), one of its initiatives to build a world class cargo facility.

The PRTP is designed to enhance existing and build new rail infrastructure within the port precinct to connect to metropolitan and regional intermodal freight terminals.

Port of Melbourne has been actively engaging with government on the importance of connecting Inland Rail to the port.

This includes a submission to the Senate Inland Rail Inquiry and an appearance at the recent Senate hearing in support of the development of a Melbourne Intermodal Freight Terminal.

Port of Melbourne CEO Brendan Bourke said Inland Rail needs to connect efficiently with other freight infrastructure, including the Port of Melbourne and metropolitan and regional intermodal freight terminals.

“Connection of Inland Rail to the Port of Melbourne, including a direct freight connection to Webb Dock, is essential to meeting the long term demands of consumers and business,” Bourke said.

“The proposed funding for a Melbourne Intermodal Terminal is a positive step towards that aim.”

“As the manager of the Port, we will continue to invest along with industry and government to maximise the efficiency and effectiveness of the port supply chain,” Mr Bourke said.

Port of Melbourne is the trade gateway for south-eastern Australia, facilitating more than one-third of the nation’s container trade and is a key driver of the Victorian and national economy.

As Victoria’s population grows and interstate and international trade increase, the demand for access to Melbourne’s port will continue to grow.

Bourke said the Port has played a “critical role in keeping Australia moving during the COVID-19 crisis” and will have an equally important role in enabling Australia’s economic recovery”.