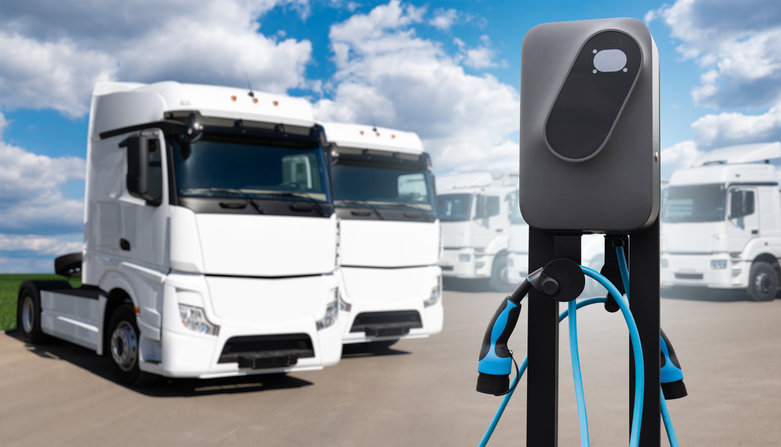 The Port of Los Angeles has awarded $6 million to two trucking companies to accelerate the transition to zero-emission drayage trucks.

The funds will support the port’s efforts in developing 22 pre-production emissions-free trucks during 2023.

15th District Los Angeles City Councilmember, Tim McOsker, said: “Developing and deploying zero-emission trucks are critical to the health of residents who live and work around the ports… These grants are one step in a comprehensive strategy toward a clean supply chain.”

“This is just one of the incentives we are offering to accelerate zero-emission technology and drive stakeholder investment… we can reduce greenhouse gases and meet our 2035 goal of transitioning the entire fleet serving our port complex to zero-emission trucks,” said Port of Los Angeles Executive Director Gene Seroka.

Each of these companies has partnered with a manufacturer to qualify for the incentive.

These trucks are expected to be operational within the coming year and will all be battery-electric models.

Each truck is required to conduct at least 50 drayage trips per year to terminals in the Port of Los Angeles.

The awards granted to the two trucking companies were approved by the Los Angeles Harbor Commission last week.

They represent the first Clean Truck Fund (CTF) payments made by the Port of Los Angeles since 1 April, when the San Pedro Bay ports started collecting $10 for each loaded 20-foot equivalent unit (TEU) moving through the Port by truck.

Based on the present pace, the port anticipates raising $45 million during the first 12 months and every year after that.

All CTF revenues will be used to offer incentives that accelerate the deployment of ZE trucks serving the San Pedro Bay ports.

Cargo owners or their agents are liable for paying the CTF rate. ZE trucks get a permanent exemption.

Trucks that meet state regulations for low nitrogen oxide emissions (low-NOx) are temporarily exempt until 27 December, 2027, provided they are registered in the drayage truck registry of the San Pedro Bay Ports by the end of 2022.

The initiative expands upon the original Clean Truck Program of the Port of Los Angeles, which was instrumental in lowering emissions of diesel particulate matter by 84 per cent, sulphur oxides by 95 per cent, and nitrogen oxides by 44 per cent from port-related activities since 2005.

Only types manufactured in 2007 or after are currently permitted to dock at the port, however more than half of them are from 2014 or later.

Nevertheless, diesel fuels 95 per cent of the drayage fleet that serves the port complex.