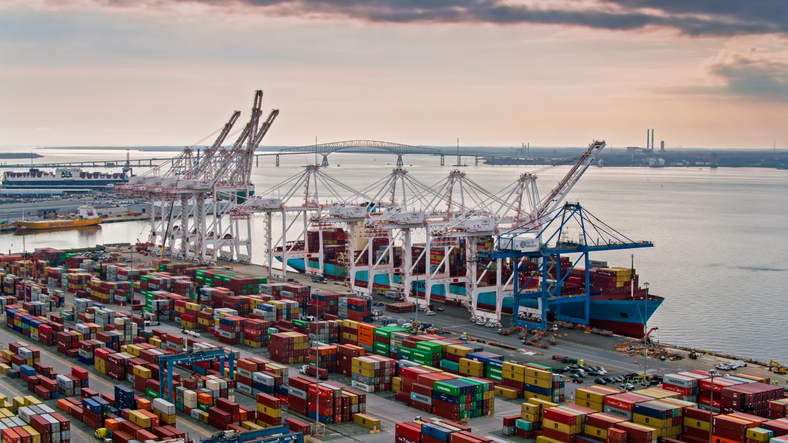 Maryland’s Port of Baltimore will receive a $15.6 million grant to support its Rail Capacity Modernization Project.

Under the project, the port aims to reconstruct and update the Seagirt Marine Terminal’s Intermodal rail yard infrastructure to support the increased demand for double stacked trains of containerised cargo to markets across the country.

“This project adds to the more than $200 million that I authorized for the Howard Street Tunnel expansion project which will allow for double-stack capabilities to and from the Port, increased Port business, and thousands of jobs.”

“Improving intermodal rail operations is one of our top priorities and the infrastructure improvements made possible through this grant will seamlessly complement our Howard Street Tunnel expansion project which is now underway.

“Our rail service from the Port of Baltimore to the Midwest is already increasing as we pick up shippers diverting around congested gateways.”

Air quality around the port will also be improved through increased rail usage and converting diesel-fuelled rail yard machinery to electric equipment.

“This grant will take us one step closer to increasing capacity to meet current and future demands ahead of the Howard Street Tunnel Project,” said Bayard Hogans, Vice President of Ports America Chesapeake.

“In addition, the project will result in improved environmental impact and safety at Seagirt—two fundamental priorities for Ports America Chesapeake.”

Supplementing the FRA CRISI Project is the CSX-Howard Street Tunnel expansion project which will allow for double-stacked container rail cars, clearing a long-time hurdle for the Port and giving the East Coast seamless double-stack capacity from Maine to Florida.

The port broke ground on the project in November 2021 and completion is scheduled for 2025.

East Coast Warehouse & Distribution previously announced it is building a new facility near the Port of Baltimore in the Tradepoint Atlantic Logistics Center.

The temperature-controlled logistics provider to the food and beverage industry expects construction of its new warehouse to be complete and ready for use in the coming weeks.