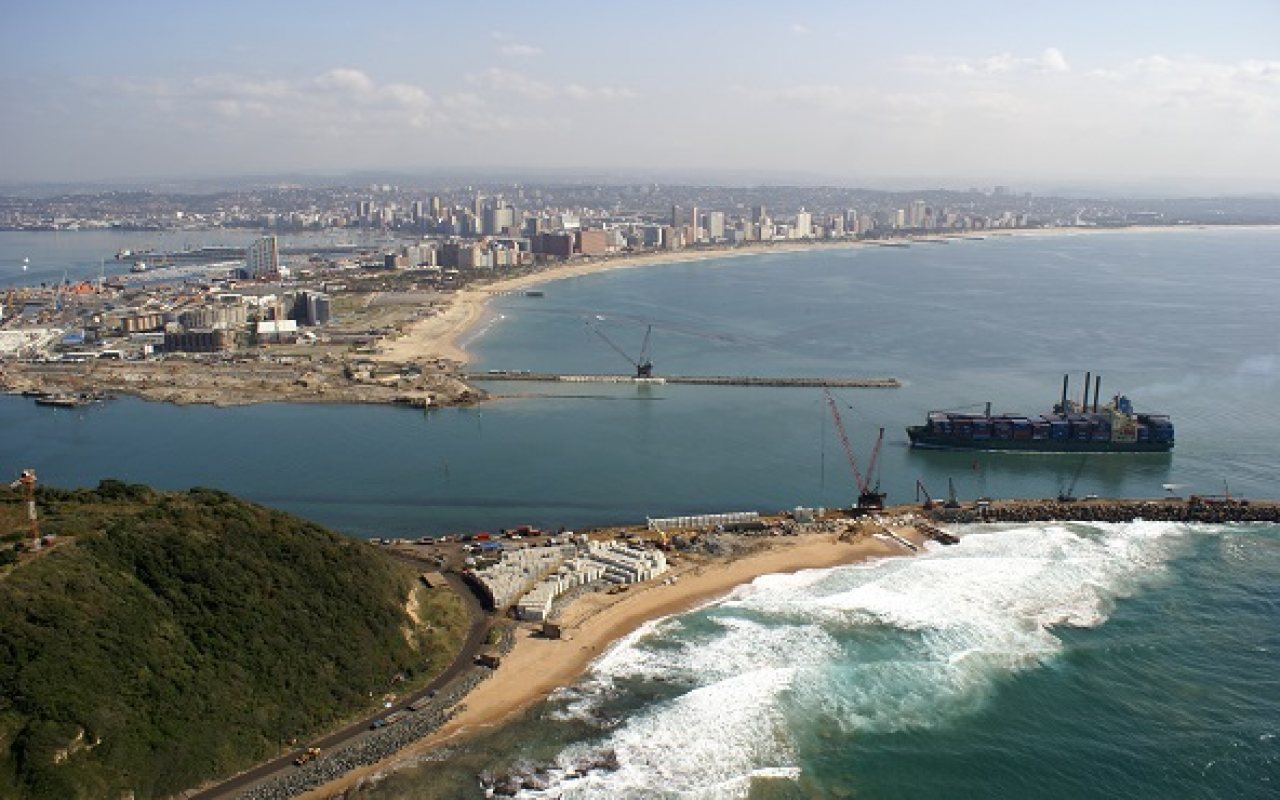 Mediterranean Shipping Company (MSC) is accelerating the clean-up of plastic pellets known as “nurdles” after a freak storm caused a quantity of cargo to fall into Durban harbour in South Africa.

The pellets made their way from the cargo-owner’s bags into the water of Durban harbour during the storm of October 10, 2017, which caused the 340-metre long MSC Ines to become grounded and block the Durban harbour mouth.

MSC is facing storm-damage losses of about $10 million due to impact of the severe weather on three MSC ships on that day.

Wind and rain ravaged the harbour, roads and homes in what amounted to a provincial disaster.

In a statement, MSC said it was “grateful” to the members of the public who acted as first responders and helped with the first stages of the clean-up.

The owner of the cargo of plastic pellets also appointed a specialist company, Drizit Environmental, to clean 200 kilometres of beaches.

As the second biggest container shipping company by capacity, MSC calls frequently at the Port of Durban and imports a variety of materials and goods that play a key role in the South African economy, including foodstuffs and industrial products.

MSC added: “Although the spill is undisputedly due to a natural phenomenon of extraordinary magnitude for which MSC is not at fault, MSC has taken over the clean-up of the harbour in recent days in order to expedite the process.

“As a global marine company, we have deep knowledge of how to tackle such situations and we have strong relationships with experts in the field.

“Resolve and Drizit, which have been collaborating on the problem since 24 October, have stepped up the clean-up and are now using specialized boats and machinery to extract materials from the harbour water.

“Workers are also painstakingly sieving sand by hand on the beaches in search of “nurdles”.

“MSC wishes to clarify that the government is acting only as a monitor of the work led by the shipping line and cargo owner and MSC, of course, does not expect the taxpayer to foot the bill for the clean-up.

“MSC also continues to cooperate with Transnet National Ports Authority and all the parties involved in the clean-up are in daily contact.”