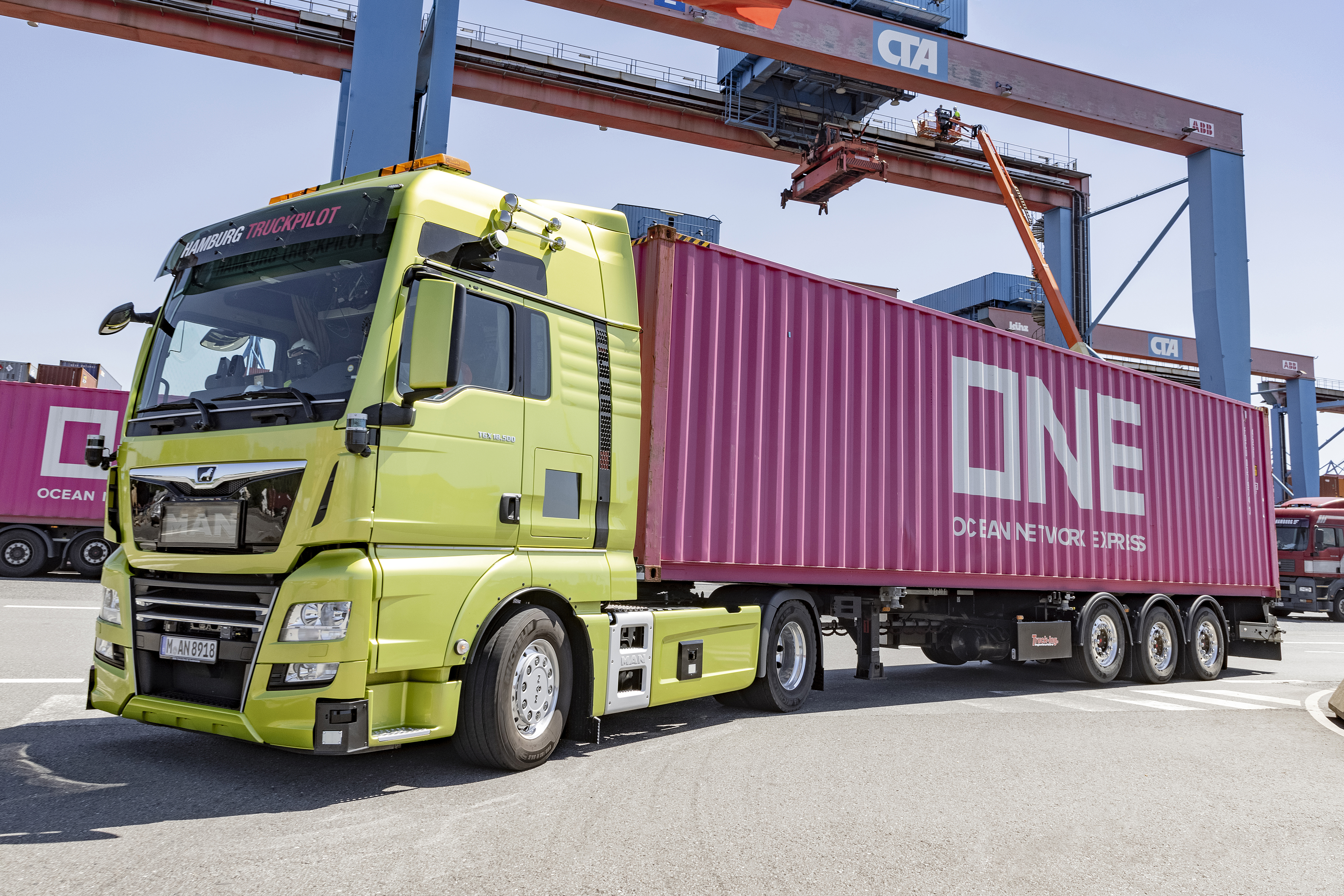 The objective of the three-year project, which was also part of the strategic mobility partnership between the City of Hamburg and Volkswagen AG, included the development and practical testing of an autonomous truck in container handling at the HHLA Container Terminal Altenwerder (CTA).

HHLA completed practice tests at the end of May 2021 in which the prototype truck, equipped with electronic automation systems, drove in the course of regular logistical operations.

During the trips, logistics partner Spedition Jakob Weets e.K. from Emden first transported 40-foot containers controlled by a driver on behalf of Volkswagen Group Logistics to the CTA terminal in the Port of Hamburg.

There, the truck drove autonomously across the terminal area and moved in with mixed traffic and other users.

The truck then drove to its destination in the block storage lane and manoeuvred itself backwards with precision into the parking position.

After container handling, the return journey to the check gate was autonomous, and beyond the terminal grounds, the driver of the Jakob Weets e.K. haulage company once again took full command.

For freight transport, autonomous trucks bring a whole range of advantages. They have the potential to make transport more efficient, cost-effective, reliable, sustainable and safer.

They are also a solution to the driver shortage that is increasingly causing problems for many transport companies, HHLA argued.

Results of the Hamburg TruckPilot project were presented at the ITS World Congress 2021 on 13 October in Hamburg, highlighting a new law on autonomous driving in Germany creating the legal requirements for future hub-to-hub applications as an important component of Logistics 4.0.

Till Schlumberger, project manager at HHLA responsible for Hamburg TruckPilot, commented, “With its highly automated processes, HHLA Container Terminal Altenwerder is the ideal test environment for trying out promising technologies.

“Our facilities operate 24/7 around the clock, 360 days a year. However, the safe integration of autonomous trucks into the terminal processes is a major challenge, because autonomous and classic transports are intermingled. With Hamburg TruckPilot, we were able to show that this application is possible and promising in practice.”

“When our prototype manoeuvred independently into a block storage lane for the first time, we saw that it worked and that we can meet the high accuracy requirements. And even driving across the terminal site with many other manually controlled trucks, sensor technology, environment detection and automation systems have mastered the interaction perfectly.”

In July 2021, the Federal Republic of Germany became the first country ever to pass a law on autonomous driving.

This regulates and generally permits the use of autonomous vehicles (Level 4) in defined operational areas, such as traffic between logistics terminals. A technical supervisor must also monitor the journeys.

The partners collected data on the manual feeder trips on the A7 between the Weets Container Terminal Soltau and the port area 70km away. Further-reaching projects with practical drives on public roads will also benefit.