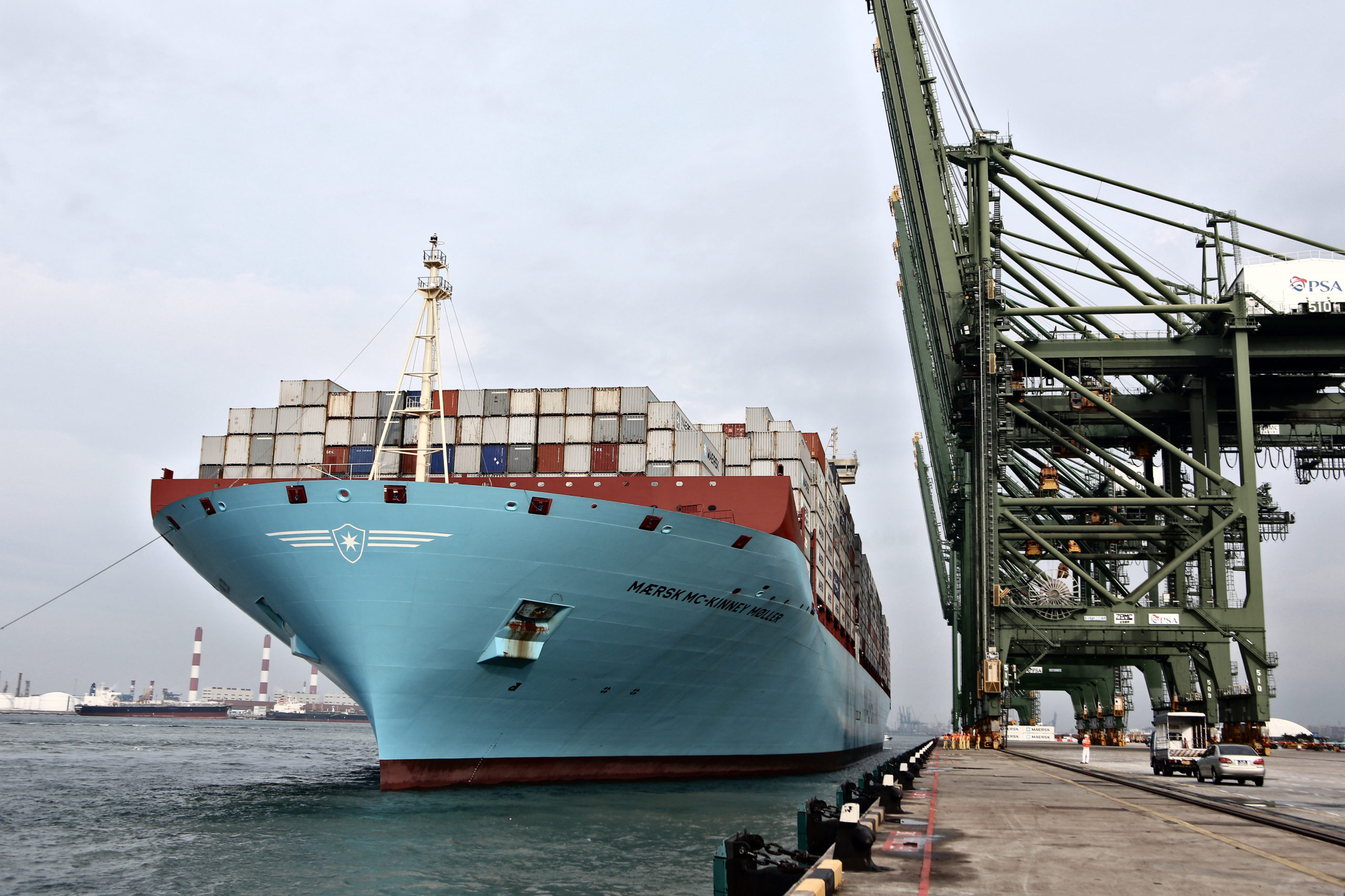 Challenges on ship-to-ship bunkering and supply chain resilience in ports will be some of the questions addressed in a new Memorandum of Understanding (MoU) signed between A.P Moller-Maersk (Maersk) and partners at the Port of Singapore.

The study will cover the whole end-to-end supply chain of ammonia bunkering: including the challenges associated with supply chain infrastructure for safe delivery, and ship-to-ship bunkering methods for ammonia.

Ammonia has been long considered a potential solution to the shipping sector meeting its decarbonisation goals due to its lack of carbon – however, significant challenges remain, including ignition and safety of the fuel which is highly corrosive and toxic.

“We have the goal of having net carbon-zero operations in 2050. We knew the need to transition to carbon-neutral marine fuels – and ammonia is one of the fuels that we are pursuing.”

Hinnemann highlighted that technical and safety challenges face ammonia usage in ports and maritime, including the viability of the future supply of ammonia itself, and the infrastructure in the supply chain for handling ammonia and safely bunkering a ship with the dangerous fuel.

Though the project is just in its infancy, Hinnemann said challenges including ship-to-ship viability of bunkering ammonia are “exactly the questions” to be considered in the project.

“The industry needs to come together [on ammonia bunkering],” Hinnemann said. “There is experience out there with ammonia as a cargo ammonia is produced a large scale today.” He added that some 20 million tonnes of ammonia cargo is shipped on tankers yearly – however questions remain as to the viability of bunkering those ships with the fuel.

“There is some experience out there, but for bunkering for container ships, this is exactly what this study needs to show. How can we do it, and what will the solutions be?”

Taking place at the Port of Singapore, the study will leverage the largest bunkering port in the world’s expertise on how to transport and bunker vessels with ammonia safely – as well as consider options for potential synergies with Liquefied Petroleum Gas (LPG) as a starting point.

Hinnemann said that expertise brought by those in the ammonia industry like the Sumitomo Corporation and the Maersk-McKinney Moller Center for Zero Carbon Shipping will be “very much needed” to find viable solutions for ammonia bunkering.

Hinnemann added that “we are considering ammonia on a global scale and may also do similar work for other locations”.