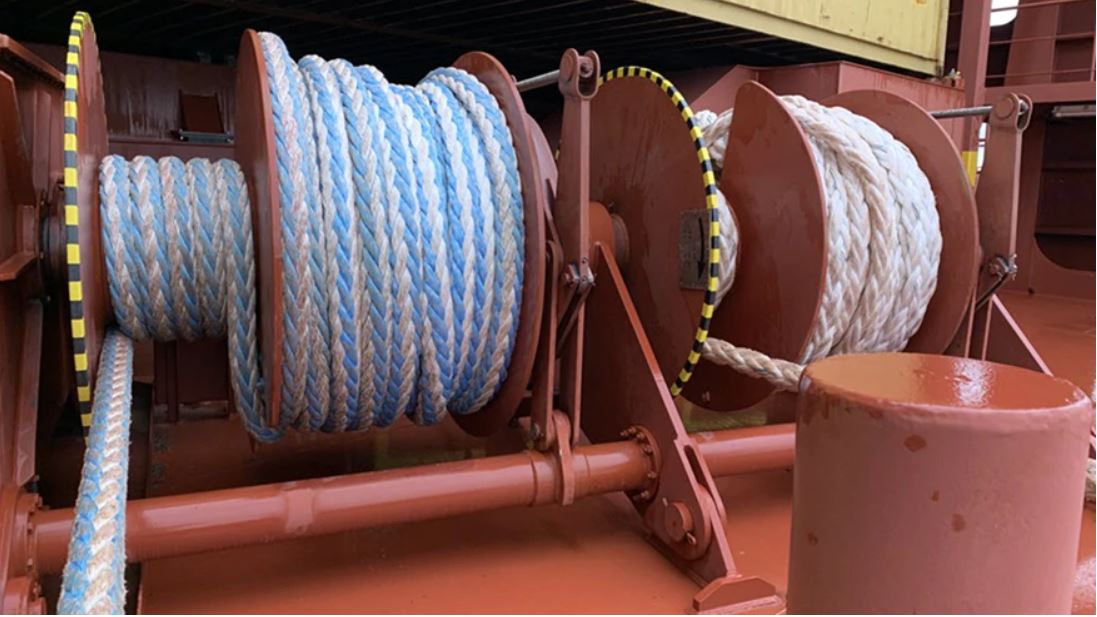 A.P. Moeller- Maersk (Maersk) will begin implementation of an innovation called Snap Back Arrestor (SBA) ropes on the mooring lines used to hold vessels in place while docked in port for loading and unloading, according to a statement.

Maersk, the biggest container shipping line in the world by market share, said it worked closely with suppliers to solve what it called an “industry challenge”.

Mooring is one of the most dangerous aspects of port and vessel operations. When a mooring rope holding a docked vessel snaps, the abrupt energy release can cause the rope to whip across the dock and ship at a speed of almost 500 MPH or more than twice the speed of a NASCAR level race car.

Maersk chose a Norwegian-based manufacturer called TIMM Ropes who offered new mooring rope technology which features a special core that elongates more than the surrounding rope, acting to absorb and dampen the tremendous energy released when mooring ropes break while under strain.

According to Maersk, instead of snapping back in unpredictable ways at great speed, a broken SBA rope will simply drop to the ground. The new ropes are also colored with a Maersk blue color stripe, making it easier for operators to spot any damage or twists in the rope that could affect breakage.

This is another important visual feature developed to enhance the safety of people working in our industry.

Once the SBA concept was verified by snap tests at the TIMM Ropes manufacturing facility, several Maersk vessels were enrolled in a ninemonth pilot project in 2019 to ensure the rope’s operational conditions,alongside traditional mooring ropes, using vessels of various sizes.

Collaboration with TIMM Ropes ensured the standardization of the new SBA mooring rope sizes and compatibility with existing mooring designs.

“This SBA rope technology embraces one of the fundamental elements of our “Safety Differently approach, by building in capacity to safeguard people” said Aslak Ross, Maersk’s Head of Marine Standards.

Each year Maersk buys and replaces some 1,000 mooring ropes – an annual expense of nearly USD 2 million.

Traditional mooring ropes have a five-year lifespan and Maersk will be implementing an exchange program in which their current, high quality mooring ropes will be replaced at the end of their lifecycle with SBA enhanced ropes at a pace which also reflects the supply and availability.

Full fleet implementation of the new SBA ropes is planned to be completed within five years.

“This new technology and innovative approach enables us to safely transform the mooring rope approach in our industry and help lead by example to protect our seafarer community and our dockworkers ashore,” added Ross added.