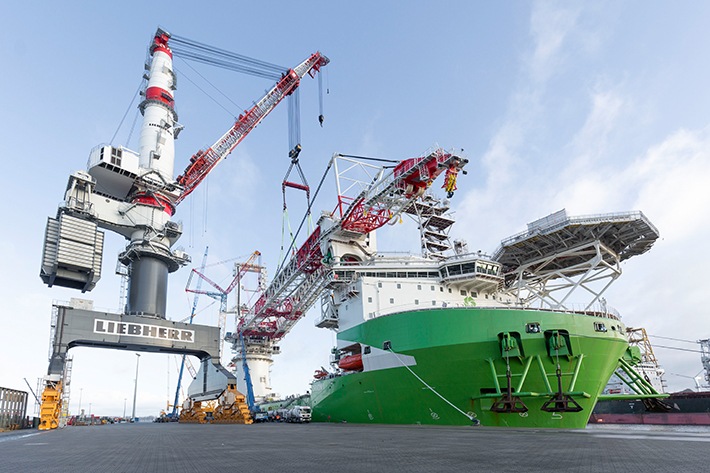 In 2019, the Liebherr Group completed a successful business year with turnover of €11,750 million ($12,676 million). This represents an increase of 11.4 % compared with the previous year.

In a statement released on 6 April the company noted that no reliable forecasts for revenue development in 2020 could be made at this time because of the impact of COVID-19 on the global economy.

“The Group’s order situation at the end of 2019 as well as far into the first quarter of 2020 can be described as very good,” the statement said, noting that the impact of COVID-19 will “obviously inference the turnover in 2020.”

The extent to which the Liebherr business will be impacted cannot be reliably forecast at this time however.

The success of the 2019 business year can be attributed to the very positive sales performance in almost all sales regions of the Liebherr Group, the statement said.

In Asia and Oceania this positive trend was driven in particular by the markets in Australia, China, Singapore and Japan. Slight increases in turnover were also achieved in Africa and in the Near and Middle East. There were only slight declines in Central and South America.

The Liebherr Group achieved a net profit of €429 million ($462 million) in 2019, an increase compared with the previous year, whereas the operating result has fallen slightly compared to the previous year. The financial result showed a very positive development.

Investments have been made in both research and development as well as in production, sales and services.

Liebherr invested €592 million ($638 million) in research and development last year, the bulk of which is used to develop new production.

A total of €756 million ($815 million) was invested in the production sites and the global sales and service network. This means the Liebherr Group reduced its investment activities by €73 million ($79 million) compared to the previous year, however, with an investment rate of approximately 6%, the Liebherr Group is still above the average of the mechanical engineering sector.

Major investments have been made globally and in Germany, for example, in a new sales and service center at Hamburg Port was opened.