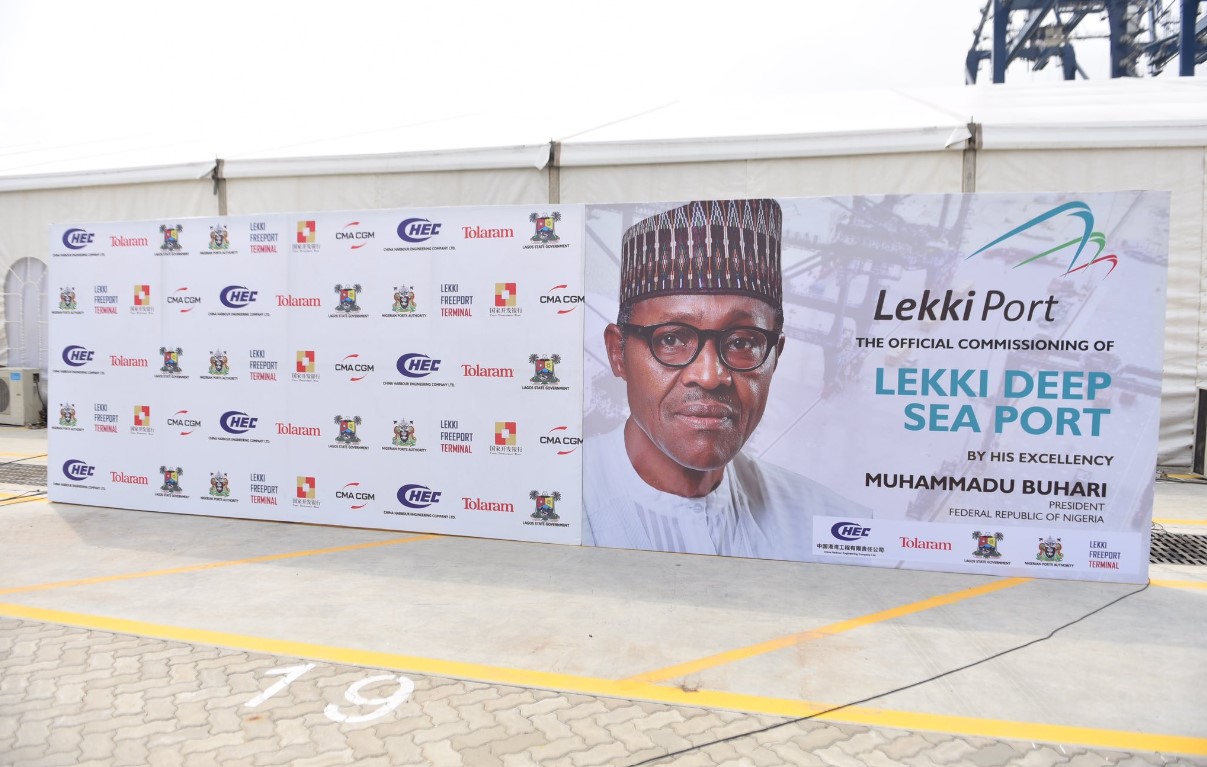 Lekki Port has had its official commissioning led by Nigerian President, Muhammadu Buhari.

This took place on 23 January.

The opening of a cutting-edge facility that will spur economic growth and enhance commerce in the area, marking a historic occasion for Nigeria’s maritime industry.

Lekki Port is expected to attract total revenues of $201 billion to the state and federal government through taxes, royalties and duties.

After construction works were completed late last year, the port will feature a variety of facilities including container terminals, roll-on/roll-off terminals, a dry bulk terminal, and liquid berths.

The port is the deepest sea port in Nigeria and is intended to, among other purposes, serve as a major hub for cargo and passenger traffic in West Africa.

Lekki Port was constructed by China Harbour Engineering Company (CHEC) which owns a 52.5 per cent stake in the port.

The project cost approximately $1.6 billion and is the first of its kind in Nigeria.

“We see the opportunity in Nigeria, and believe in its potential,” said Tang Qiaoliang, Chairman, China Harbour Engineering Company (CHEC).

Lekki Port is a joint venture enterprise owned by a group of investors led by the Lekki Port Investment Holdings Inc., The Lagos State Government, and the Federal Government.

The seaport is located approximately 65 kilometres to the east of Lagos City and spreads over 90 hectares of land bordered on the south by the Atlantic Ocean.

“For us in NPA, this is a dream come true. Lekki Port is the deepest and most modern Sea Port in Nigeria. Economies-of-scale will set in, and the cost of doing business here will be lower than in other Ports,” said Managing Director of Nigerian Ports Authority (NPA), Mohammed Bello Koko.

Koko also mentioned that a neighbouring country is already in discussions with Nigerian ports to use Lekki Port and the equally-new Dala Inland Dry Port as a gateway to that country.