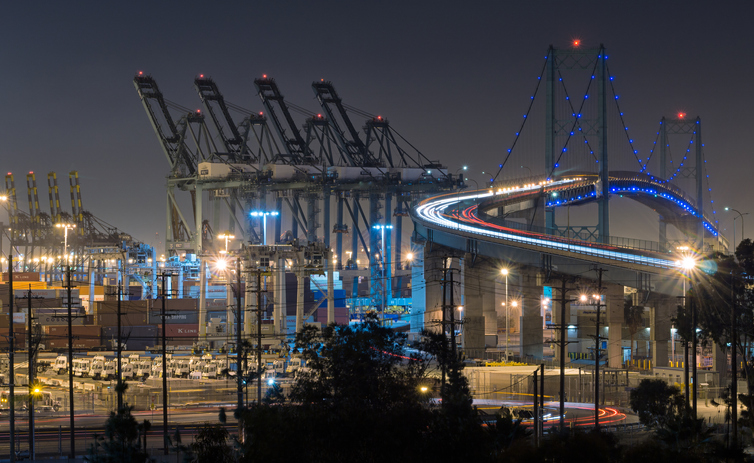 Legally requiring vessels to be built for shoreside power has driven compliance numbers, but port operators must also invest to continue the growth in green power, a sustainability expert has told PTI.

Christopher Cannon, Director of Environmental Management at the Port of Los Angeles, said the requirement for all vessels to be built to Alternative Marine Power (AMP) specifications from the California Air Resources Board (CARB) in 2007 was critical in decarbonising the major port.

“Our experience has been that you only get the high numbers of ships plugging in [to shoreside power] when it’s required,” Cannon said.

In California, fleet operators can use the “limited engine use” compliance approach by shutting off auxiliary engines during 80% of port visits and connecting to grid-supplied shore power instead. Alternatively, fleet operators can use the “emissions reductions option” compliance approach by reducing their fleet auxiliary engine emissions at a port by 80% through other low-emission sources.

“You don’t get numbers [of compliance] that high until it’s actually a requirement,” argued Cannon.

Cannon’s viewpoint comes from experience of the Port of Los Angeles being a trailblazer in AMP, also known as shoreside power or cold ironing. The Port of LA has 25 berths available for vessels to plug into, more than any other port in the world, however a significant investment in infrastructure was required to achieve this feat.

“The big problem with requiring the ships to plug in is that you also have to have the berths available for them to plug in,” Cannon noted. “And then that is where that cost issue comes in – because it’s expensive.” A 2015 ICCT report highlighted that CARB estimates the cost to modify each berth at a terminal to be around $5 million.

Despite the cost, Cannon is positive of port operators investing in AMP. “In Asia, for instance, there’s a big growth in shore-power-available berths. They’re doing it, and it’s happening everywhere.”

Cannon noted the same isstarting to happen in Europe as well. “We’re seeing a large increase in shore-power-available berths. And I think once that gets going, and there’s a high number of those berths available, then you’ll start to see requirements to be imposed.”

Shoreside power has been crucial for the port during unprecedented cargo demand in the past 12 months. Cannon believes the port could double or even triple its power demand from the LA power grid in coming years.