Insight: Maritime Hubs Must Adapt to Stay Ahead of Changing Tide 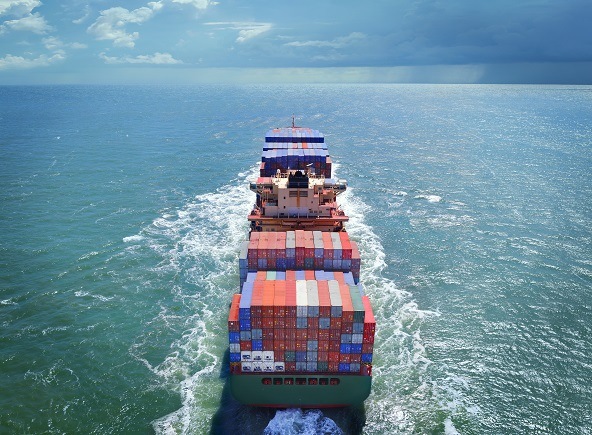 Since shipping containers introduced new levels of efficiency to the industry in the mid-twentieth century, ports and terminals haven’t seen a major disruptor. But, as the digital age dawns over the seas, a new realm of threats is looming on the horizon.

To prepare for this disruption, Budha Majumdar, Course Director at Lloyd’s Maritime Academy, believes that ports and terminals must first and foremost consider the needs of their customers, and be aware of the shifts that are taking place across the whole global supply chain.

In the last decade, ports and terminals have undergone significant upheaval, with one of the biggest changes being the switch to a landlord model, whereby government owned ports have invited investors to develop new and larger container terminals and operate them under a concession agreement from the port authority.

As this has happened, operations in ports and terminals have become much more advanced and technologically complex.

The latest changes, however, take a different shape, with both technological innovations and larger structural shifts in the industry now threatening to change the way that ports and terminals operate.

Gigantism is a term commonly used in the industry as container ship sizes continue to increase with ports now having to ready themselves for 22,000 TEU ships that will have 24 containers stowed across on deck. It seems the only way to provide the quick ship turnaround times demanded by the lines will be for machines to communicate with each other (and with containers fitted with RFID tags) and further reduce human intervention.

According to UNCTAD, there were 753 million TEUs handled at ports worldwide in 2017, compared to 560 million TEUs in 2010 – and growth in containerised traffic shows no sign of slowing down. So, ports and terminals have no choice but to continue to gear up to handle increasing volumes.

The shape of disruption

Blockchain is already being implemented to secure and speed up commercial information in the global maritime supply chain by cargo owners, transport operators and Government agencies using the system of ledgers to ensure the safe transfer of commercial documents. But, while this might help cargo owners and shipping lines, it won’t necessarily help ports and terminals, who aren’t generally involved in this aspect of the industry.

The much-hyped Hyperloop, which promises to funnel cargo from port to destination at supersonic speeds through subterranean tunnels or giant overland tubes, could be a game changer for the inland distribution of cargo from ports in certain choice locations like the open plains of the US central belt or the deserts of Saudi Arabia.

But in the UK and Europe, tunneling can be very inconvenient, meaning trucks and trains are likely to remain the cornerstone of land freight to reach customers in the hinterland.

Along with new innovations, structural shifts are occurring in the global supply chain. Third party logistics providers (3PLs) are increasing the volumes of global container movements under their control and extending their reach into the control and management of each element of the supply chain activities.

This control and management will soon extend to details of operations and pricing in ports and terminals and 3PLs are likely to become more active and involved customers of ports and terminals in the future. They control and plan the supply chain of multiple large cargo owners and look for the most cost-effective routing and transport options for significant volumes of containers.

With a worldwide network and intense focus on efficiency, these 3PL companies seek efficiencies, removing waste and reducing costs at all stages of the supply chain by making sure that each unit of activity is controlled as tightly as possible.

As “black belt six sigma” qualified operators, they conduct value process mapping techniques to a degree that nobody else in the industry has contemplated. These supply chain and logistics professionals ensure that every activity connects seamlessly and adds value to the next stage in the process.

Applied to ports and terminals, this could make them a very discerning customer — likely to question all the specifics of container movements, and drill down into the details of port operations to maximise efficiency and reduce costs, as ports themselves struggle with the myriad challenges of handling these behemoth ships.

Moreover, some shipping lines have themselves recognised this new threat to their control over the supply chain and are moving into this arena themselves by acquiring large established global logistics companies and thereby the customer list of large shippers.

Meanwhile, ports and terminals have had to contend with increased competition from an unlikely source — their own customers. Shipping lines, driven by the need for profit in increasingly competitive seas, are expanding their involvement by inserting themselves into the ports and terminals industry.

As hugely profitable enterprises, well-run terminals boast an average margin of more than 50 percent, prompting the shipping lines, who often make considerably less, to ask — “how is it that we’re struggling with our balance sheet, but suppliers and service providers are making so much money?”

But, even as hybrid operators – partnering with a terminal operator – this new brand of shipping line-owned terminals are not finding favour with competing shipping lines, who are often unwilling to use the port and potentially give away commercial secrets. With only one customer, instead of the five or six served by independent specialist common-user terminal operators, it is then difficult for these new terminals to generate the same levels of profit margins.

Elsewhere, shipping lines continue to assert themselves in other ways — by seeking economies of scale, building bigger ships, and moving into alliances and into mergers and acquisitions at an unprecedented rate. These now control a huge chunk of trade, with three alliances monopolizing the stretch across the Pacific from China to the West coast of US.

From a ports and terminals perspective, this gives the shipping line alliances enormous power — if a port’s customer is lost, then in the past it could have been 100,000 TEU walking out the door, now it could be one million TEU.  But, nothing ever stands still and ports and terminal operators have themselves moved into their customers’ sphere by acquiring or setting up regional shipping lines and/or acquiring established feeder shipping line services.

Riding the tide of change

Reacting to these changes is not always straightforward. Regulations and competition commission authorities prevent private sector terminal operators from entering into alliances themselves that might enable ports and terminals to compete with the increasing power of shipping line alliances, and while technological disruptors can be anticipated, and even expected, their exact impact is often difficult to predict.

Adding to this problem is the general lack of visibility that the shipping industry suffers from. Families who routinely receive parcels through Amazon seldom stop to think about the journey that parcel has been through and the ships which carried it and the ports which ensured their safe handling and onward transport to their front door.

Despite being the backbone of the global supply chain, relatively few people have a deep understanding of the industry and the know-how needed to help prepare ports and terminals to face change.

Education, which could be pivotal in helping organisations and their workforce to tackle the next wave of challenges facing the industry, has lagged behind in addressing this, and there is no single study subject that helps new recruits, industry newbies and newly promoted managers to understand the industry, influence changes and question why things are done in particular ways.

At least there wasn’t, until Lloyd’s Maritime Academy’s Diploma in Terminal Management and Certificate in Container Terminal Operations and Management were released. The course content for these have been completely rewritten to reflect recent industry changes and address the need for a course that can provide organisations and employees working on the ground with a broader insightful overview of ports and terminals and their role in global maritime trade.

Historically, whether due to cost concerns or lack of awareness, company directors and HR managers have tended to favour short, sharp, activity related and company-specific training, which equips employees with the skills needed for the particular role they are currently in, but not necessarily for the trajectory that might see them progress along a career that eventually leads to CEO.