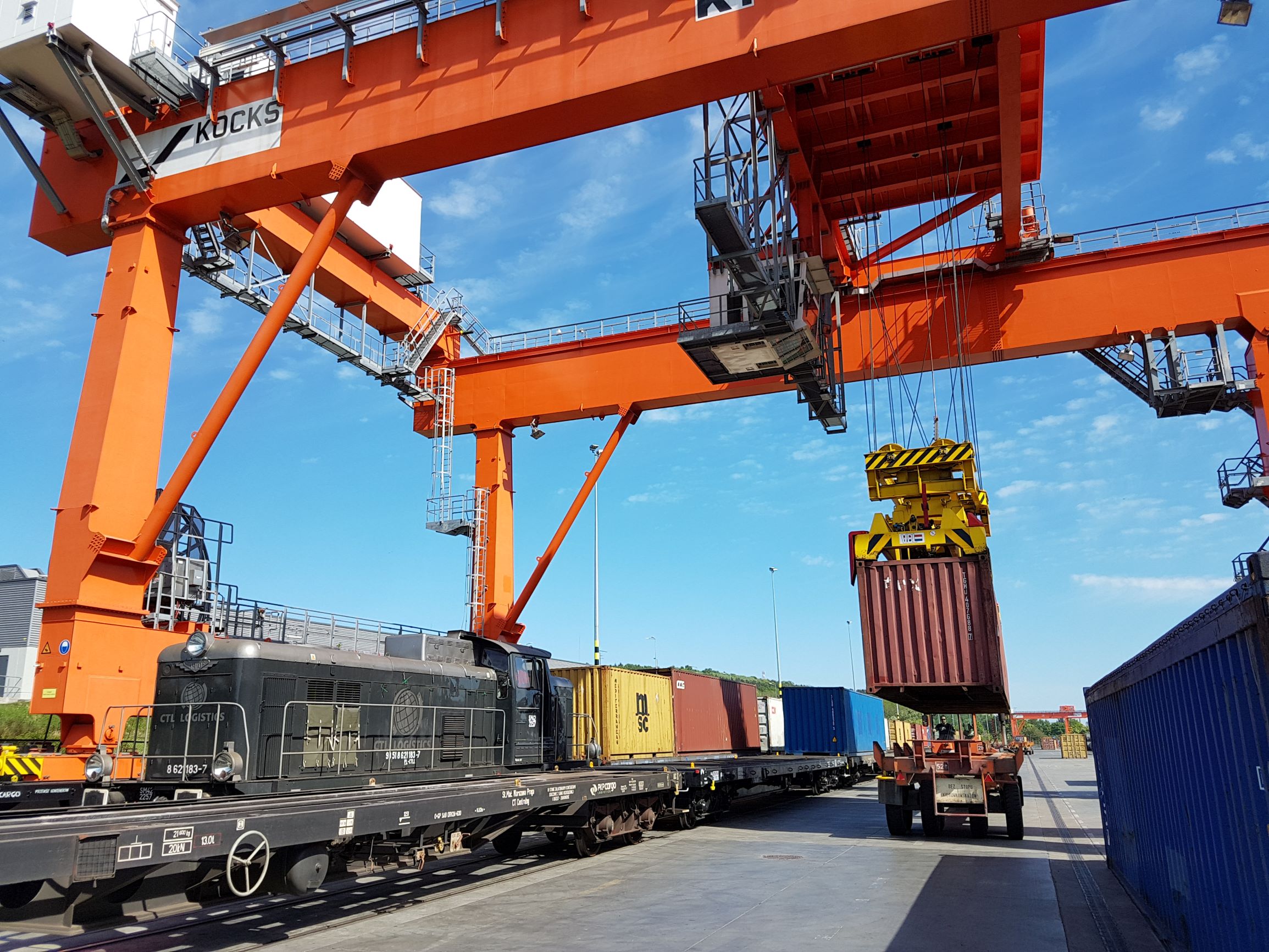 Participation in the COMODALCE initiative is the latest in a series of measures implemented by BCT that have combined to lift intermodal rail traffic to account for 30 per cent of BCT’s annual container throughput.

BCT currently processes 250 intermodal trains operated by 13 intermodal operators on a monthly basis, according to the terminal operator.

The title “COMODALCE” is an abbreviation of the project’s principal objective defined as: “Enhancing COordination in multiMODAL freight transport in Central Europe.”

COMODALCE finds its origins in the “Docks of the Future” scheme, funded under the EU’s Horizon 2020 Research and Innovation Programme, with its main thrust aimed at achieving the digitalisation of the procedures for rail transport at a transnational level in Central Europe.

BCT is a key participant in the pilot project work that aims to achieve an electronic data interchange platform for rail wagons and the allied handling activity.  This involves two key challenges:  the integration of BCT’s Terminal Operating System (TOS) with the INCOS element of the Gdynia Port Community System and transitioning traditional methods of communication – paper documents, phones, faxes etc. – into a modern electronic format.

INCOS, now under construction, will connect with the operating systems of all stakeholders –- terminals, intermodal operators, railway carriers, freight forwarders, shipping lines, etc. — and offers an easy, flexible and low-cost method of connection that enables all parties to feed the platform with data using electronic messages.  This, in turn, facilitates the prompt generation of highly accurate operational plans for each of the system users as required.

Data can be uploaded and downloaded without long waiting times or the requirement to rewrite the data.  COMODALCE will deliver a clear and efficient operational plan with online participants having a concise picture of the current situation in real time.

In the case of stakeholders that are not ready for digital exchange, the platform will offer a web user interface able to provide for the high-volume upload and download of excel spread sheets.

Wojciech Szymulewicz, BCT Chief Executive Officer, said, “For BCT and other system users COMODALCE, represents a major area of opportunity to drive cost and qualitative efficiencies across the board,“

“It presents a new dimension through which we can further streamline intermodal train reception and despatch.  Its introduction alongside continuing innovation in the areas of infrastructure and equipment promises to deliver big dividends with significant benefits passing on to importers and exporters.”

Key facilities include three 680m rail tracks and rail-mounted gantries for highly efficient container transfer operations.  BCT is the only terminal in Gdynia that can accommodate a full train length, equivalent to 102TEU, on a single track.

BCT recently achieved another first with the inaugural visit of Freightliner Pl’s state-of-the-art DRAGON diesel-electric locomotive, operating a new intermodal service between Brzesko (60km east of Krakow) and the ports of Gdynia and Gdansk.

“The DRAGON locomotive, via its ability to easily switch from electric traction to diesel power, was able to arrive directly at BCT without the time consuming and costly requirement for the locomotive to be swapped for a smaller shunting engine at the Gdynia Port Station,” Szymulewicz explained.

Also positive, Freightliner Pl has equipped its fleet of locomotives with laptops and GPS.  The former contributes to the drive for improved data processing power and enables the origination and printing of all necessary documentation directly in the locomotive.

“COMODALCE is a sign of the times, states Szymulewicz.  “It signals a door opening on renewed momentum to exploit the benefits of intermodal rail.

“We will continue to work with our partners in the supply chain, coordinate our activities and will progressively build the competitive advantage of intermodal rail as well as meet wider, important challenges such as the reduction of our carbon footprint.”