How long will the COVID-19 carrier boom last? 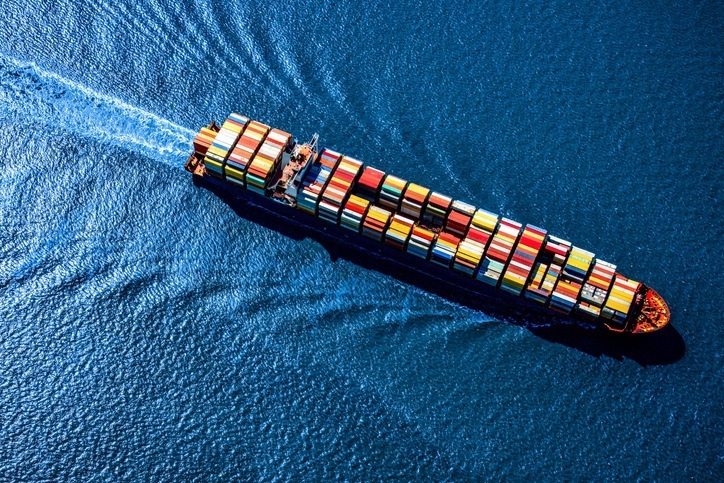 Container shipping lines have seen their profits increase throughout the COVID-19 pandemic despite losing volume, according to the majority of second quarter and first half financial results.

The boom contrasts with the fortunes of most ports and terminal operators, who have suffered from both congestion and a fall in volume. The question now is whether this unprecedented growth for the shipping lines will be sustained into the future.

What is driving growth in container shipping?

“The carriers’ improvement in profitability stems from a number of sources,” said Lars Jensen, CEO and Partner, SeaIntelligence Consulting.

In addition, shipping consultants Drewry previously said that not only had carriers survived the market shock but could even profit from it thanks to their crisis management tactics.

Furthermore, traffic has improved after the resumption of trade between US and China following the widespread closure of factories in late 2019.

Demand has accelerated so much that MSC has launched a new service connecting North America with China and South Korea.

The upturn in volumes has been felt at the Port of Long Beach, which in July posted its best monthly traffic following a 21% YoY increase.

However, there is uncertainty as to how long this level of growth will last and whether it will mean the rest of industry and if the wider supply chain benefits.

“I am not convinced the current boom on the pacific will last beyond Chinese Golden Week in early October,” Jensen said.

“But a precise forecast is difficult to make as part of the current boom appears to be driven by US consumers who have shifted some of their traditional spending on services (such as e.g. restaurants, travel etc) and into procurement of goods.

“If the pandemic abates (let us hope it does), the spending pattern might also revert back to normal and then the boom will disappear quickly.”

How successful have shipping lines been?

ZIM, at the time of writing, is the latest to publish its figures, in which it posted its highest net profit since 2010. The carrier made $25.3 million in the second quarter, a year-on-year (YoY) increase of a staggering 394%.

Additionally, its earnings before interest, taxes, depreciation and amortisation (EBITDA) for the second quarter also rose YoY, this time from $102 million to $145 million.

Earlier in August, Hapag-Lloyd said it had almost doubled its profits between January and June from $165 million to $314 million YoY and claimed to have a “good first half of the year” despite the uncertainty brought about by COVID-19.

A.P. Moeller-Maersk (Maersk) said its EBITDA had increased by 25% YoY in the second quarter, even though its volumes had fallen substantially.

Key to the carriers’ success has been the increase in blank sailings, which has contributed to the increased freight rates and more efficient utilisation.

The positive performances from some of the largest carriers come amid one of the biggest ever peacetime shocks to the global economy.

Global trade has fallen by 7.9% YoY in the second quarter, and this has been felt at ports and terminals.

Port and terminal operator DP World reported a 3.9% decrease across its portfolio and a 6.8% at its flagship hub in Dubai, the Port of Jebel Ali.

Hutchison Ports Trust (HPH), also suffered a substantial drop in traffic and reported a decline of 8% in fiscal year 2020, with some terminals reporting drops of as much as 12%.

The US, of all the major maritime nations, has probably suffered the most, with trade volume falling for the majority of 2020 at its West Coast gateways.

However, there have been positive signs in recent monthly traffic which suggest worst effects of the pandemic may have passed.

The Federal Maritime Commission (FMC) which is studying the impact on US supply chain, claimed trade in and out the country is set to increase “substantially” and that Pacific ports remain vital to its access to markets.

Carriers, despite their success, have urged caution and emphasised that the market remains highly unstable.

But upon releasing its latest results Maersk reinstated its full-year guidance, which it had suspended in March.

Maersk, the largest carrier in the world, said it expected an EBITDA to be between $6 billion and $7 billion, before restructuring and integration costs but insisted this figure is still subject to uncertainty around lockdown measures and freight rates.

Hapag-Lloyd forecast an EBITDA of between $2 billion and $2.6 billion but said it will remain subject to “considerable uncertainty” due to fuel prices, freight rates and the possibility of another lockdown.