How has the coronavirus affected the US East Coast? 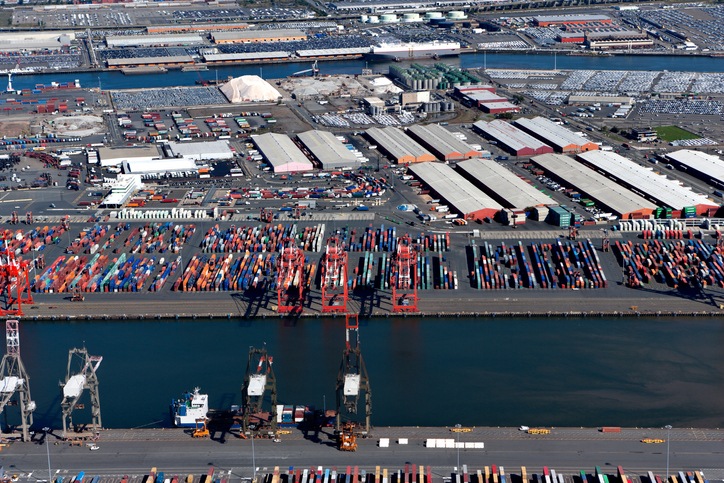 The COVID-19 pandemic has had a profound effect on US trade with the rest of the world, as well as its internal supply chain, however some of its ports have performed better than others, most notably those on the East Coast.

US East Coast ports’ success  is in contrast to those on the Pacific and is likely due to being less exposed to trade with China.

How bad was the COVID-19 pandemic America’s ports?

US ports had already seen traffic curtailed due to the US-China trade war, which had cost hundreds of billions of dollars in tariffs, by the time the COVID-19 pandemic began in early 2020.

The East Coast ports have had a mixed 2020 but have generally outperformed those on the west. They have in some cases enjoyed record volume, welcomed mega-ships and been able to continue with necessary expansion plans.

In March 2020, the Georgia Ports Authority (GPA) announced that the Port of Savannah had seen an increase in volume of 17% year-on-year (YoY) in February.

In doing so it followed South Carolina Ports (SC Ports), which had seen increases at both its Wando Welch and Charleston container terminals, buckingthe trend for US ports at the time.

The GPA was poised to lead the nation out of the pandemic crisis, said chairman Will McKnight.

Another success has been the Port of Wilmington, North Carolina, which announced in April it had set a new volume record for refrigerated (reefer) containers. This demonstrated the port’s connectivity to emerging markets and its ability to mee the specific requirements of the reefer sector.

Furthermore, it opened a new reefer container yard, emphasizing its status as hub of refrigerated trade.

Despite the success, there have inevitably been challenges for the East Coast ports. Since the first quarter 2020 SC Ports has seen throughput continue to grow and declared in July that it had enjoyed “steady” volume for the first half of 2020, although admitted it had been hampered by the pandemic.

Without the impact of COVID-19, it would have broken its yearly TEU volume record.

The Port of New York-New Jersey has had to authorise its management to apply for federal aid as it struggles to contend with the most damaging effects of the pandemic, claiming it stands to lose up $3 billion in total in lost revenue.

However, the Port of New York-New Jersey has also seen some success, with the terminal operator Global Container Terminals (GCT) welcoming back services from Hyundai Merchant Marine (HMM), which it claimed was another sign of its importance for national trade.

The East Coast has certainly fared better than the west throughout the COVID-19 pandemic and will remain a key measure of how well the country is recovering.