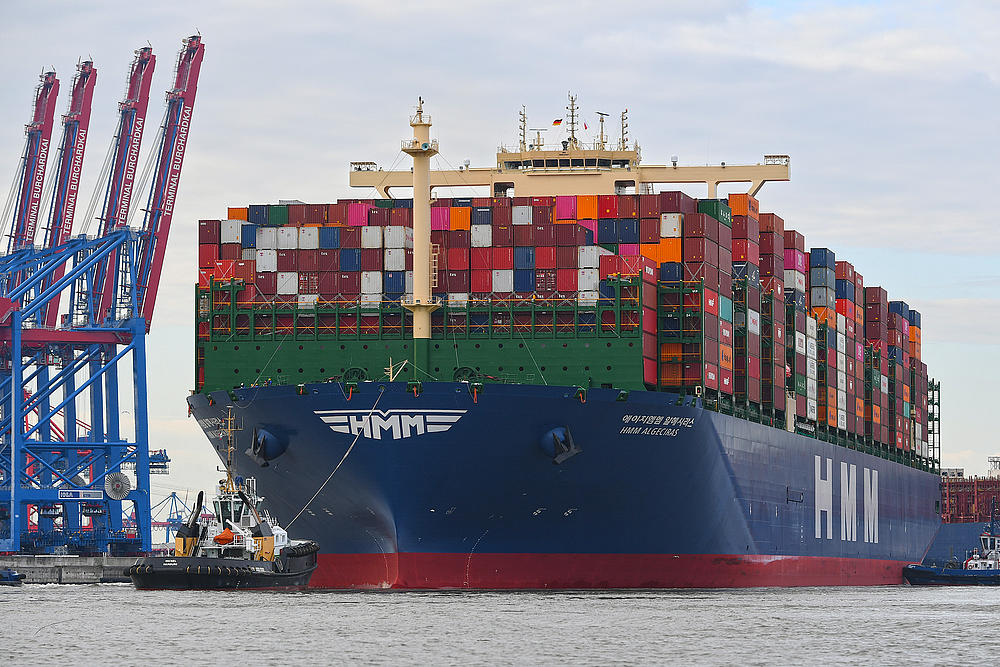 The HMM Algeciras, the largest container ship in the world, has made its first stop at the Port of Hamburg as it continues its maiden voyage.

According to the Port of Hamburg, the vessel arrived on 7 June 2020 and was handled at the HHLA Container Terminal Burchardkai (CTB). A total of 13,600 TEU – 20-ft-standard containers – were discharged and loaded.

The vessel’s call follows on from its maiden stop at the Port of Rotterdam, Europe’s largest container port, on 3 June.

The HMM Algeciras can carry 23,964 TEU at full capacity, and is carrying 19,621 TEU, a record number in itself, after breaking the vessel utilisation record at the Port of Tanjung Pelepas, Malaysia, shortly after beginning its voyage.

It is the first a new mega-ship fleet to be launched by Korean carrier HMM designed to secure South Korea’s place as a centre for maritime excellence and stability.

“We are delighted that in the middle of the corona crisis, the ‘HMM ALGECIRAS’ has been able to complete her maiden voyage to Hamburg with no problems,” said Jens Maeier, CEO, Hamburg Port Authority.

All those involved in Hamburg have contributed to the safe and efficient handling of this unusually large vessel,” said Jens Meier, CEO of Hamburg Port Authority.

In a separate statement, HHLA, the terminal operator that handled the HMM Algeciras, described the call as a “milestone” in relations between South Korea and the Port of Hamburg which “underscores the importance of the Port of Hamburg as a hub for international sea freight services.”

Angela Titzrath, HHLA’s chairwoman, said: “Especially in times like these, which present us with economic uncertainty and global upheaval, reliable partnerships based on trust are the foundation of economically successful and sustainable development in Hamburg.”