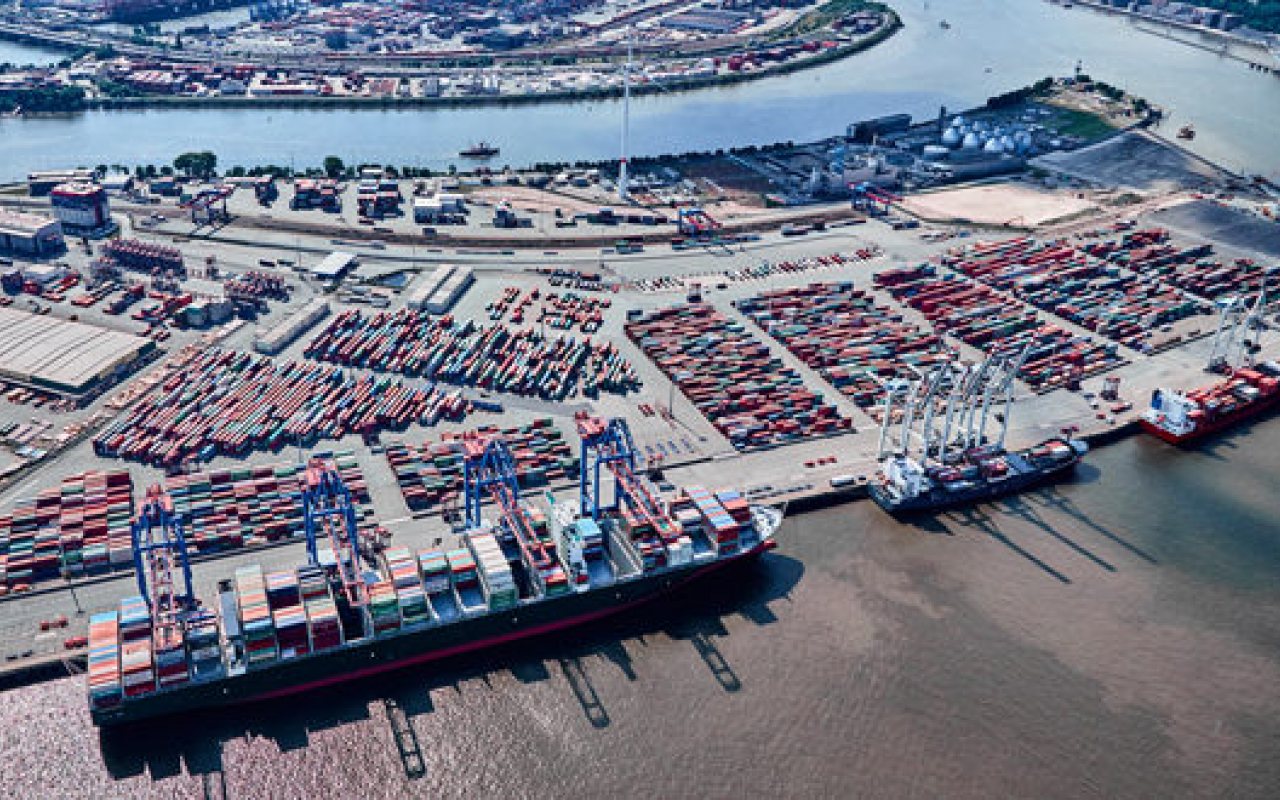 From the end of 2017, CTT will therefore have five container gantry cranes to handle ships with a capacity of 20,000 TEU or more.

HHLA Container Terminal Tollerort (CTT) initially placed an order in June, 2015 for two ultra-modern container gantry cranes which can handle the biggest ships in the world and will begin operating at Tollerort at the end of 2016.

The contract with the company Liebherr includes an option for another three container gantry cranes of the same type, which has now been exercised by HHLA. The gantry cranes are expected to go into operation at Tollerort at the end of 2017. The terminal will then have five 20,000-TEU gantry cranes.

There has been a jump in the number of calls by ultra large container vessels in the past year. In H1, 2016, ships with a carrying capacity of at least 14,000 TEU docked at the Port of Hamburg 97 times – a rise of 83% compared with the same period of the previous year.

Dr Stefan Behn, Member of the Executive Board of Hamburger Hafen und Logistik AG, said: “With five ultra-modern 20,000-TEU gantry cranes, Tollerort will be ideally equipped to efficiently handle the growing number of ultra large container vessels and offer our shipping company customers the same good service that they have come to expect and value. Together with the two 20,000-TEU berths at Burchardkai, we will be able to offer our customers three berths that can handle the biggest ships in the world. This will increase Hamburg’s attractiveness as a port location.”

They have a jib length of 74 metres and a lifting height of 51.5 metres above the quay wall. They are designed for container ships with 24 transverse container rows and can discharge and load two 20-foot containers simultaneously when operating in twin mode.

The increased lifting height of the gantry cranes enables them to handle up to nine containers placed on top of one another on deck. They are therefore optimally suited to handle container mega-ships of the latest 20,000-TEU or more class.

Each container gantry crane weighs 1,500 tonnes and can handle a maximum payload of 63 tonnes. In contrast to other container gantry cranes, the new CTT cranes are fitted with a lattice jib, giving them a comparatively low overall weight and making them optimally suited to the requirements of berth 5 at CTT.

Assembly of the first two Liebherr gantry cranes at Tollerort began at the end of July. In addition, two mobile cranes have already erected the portals of the first new gantry crane, which weigh 150 tonnes and are 60 metres high, and attached them to the gear unit. Both gantry cranes are expected to be ready by November, 2016 and will then be brought to their operational location at the quay wall.