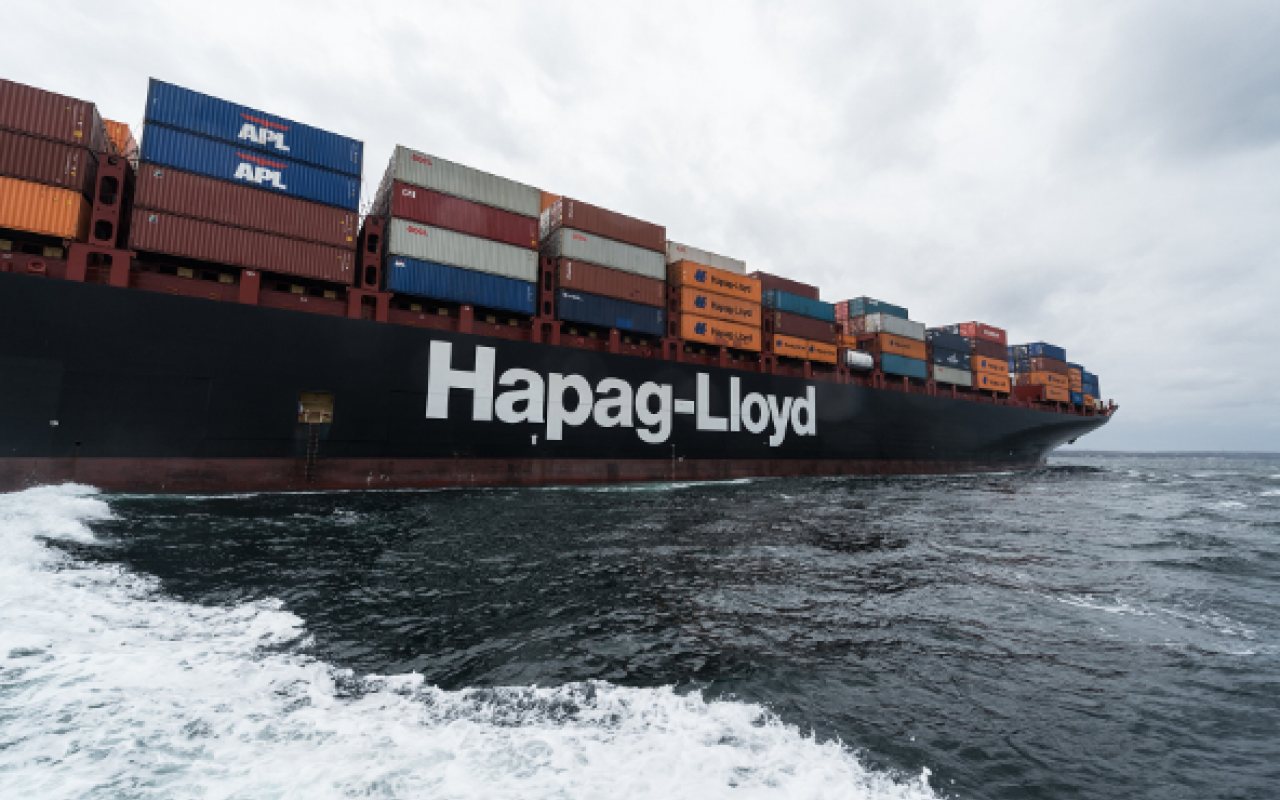 Hapag-Lloyd has revealed that it has no plans to follow CMA CGM and MSC and build new 22,000 TEU containerships after reporting strong second quarter earnings.

The German container shipping line, which is the fifth largest operator by vessel market share, expects the addition of its new fleet from the United Arab Shipping Company (UASC) merger to result in lower levels of investment in the future.

Rolf Habben Jansen, Chief Executive of Hapag-Lloyd, has revealed that the company will be saving $435 million annually from 2019 onward and has no vessel investments planned for the next few years, with a focus instead on cash flows.

The savings will build upon progress made in the second quarter as Hapag-Lloyd has returned to profit, helped by an uptick in transport volume and higher freight rates.

In its investor report, Hapag-Lloyd stated: “Following the completed takeover of UASC’s container shipping activities, Hapag-Lloyd will not invest in new ship systems in the next few years.

“The joint fleet should make it possible to utilise the medium-term expansion opportunities resulting from market growth and to realise economies of scale in ship operations.”

Trade Winds recently revealed that MSC is planning an order with Samsung Heavy Industries for up to six 22,000 TEU vessels and a further five from DSME.

Its also been reported that two Chinese shipyards have won CMA CGM’s order for nine vessels of the same size.

Revenue has also increased by 28% to $2.85 billion, boosted by Hapag-Lloyd's merger with UASC in May.

In an interview with Reuters, Jansen said that the company may pay a dividend for the current year if its earnings continue along the trend seen in the first half of the year.

Jansen said: “If we were to write a positive (net) result by the end of the year, we would seriously think about a dividend payment for 2017.

“The market environment has improved somewhat, costs are under control and demand is developing well.”