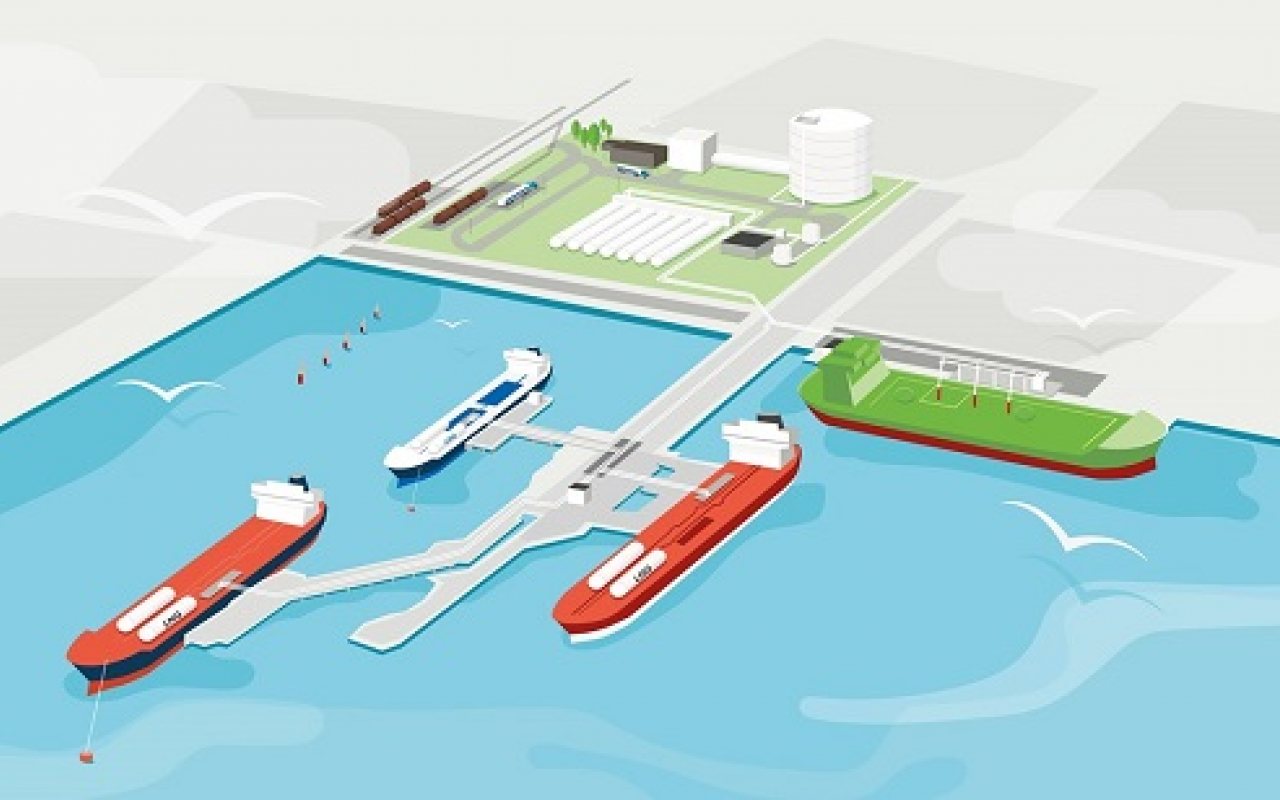 Construction of a liquefied natural gas (LNG) facility is now underway at the Port of Gothenburg to open up new opportunities for LNG-fuelled ships that call at the Gothenburg Energy Port.

The energy port will become fully operational during 2018, and support the adoption of LNG as a marine fuel as it is currently the cleanest available to major shipping companies.

One of the biggest benefits of using LNG is its emission reduction figures for sulphur, particles and heavy metals, but also nitric oxide, which is cut by 80%.

This has helped the EU to highlight LNG as a key marine fuel for the future.

Since then, operating regulations and routines have been developed and efficiency has been improved, resulting in a steady rise in the number of LNG bunkering operations.

Today, Skangas is supplying vessels with LNG using a ship-to-ship bunkering system at the Port of Gothenburg.

It has now been joined by Swedegas, which owns and runs the Swedish gas transmission network.

Swedegas will expand the number of LNG options at the port with the construction of a facility that will ensure safe, rapid and effective landside LNG bunkering whilst vessels are loading and discharging at the Energy Port.

Jill Söderwall from the Port of Gothenburg and Johan Zettergren from Swedegas broke ground for the new plant.

Jill Söderwall, Vice President and Head of Commercial Operations at the Energy Port, said: “With both Skangas and Swedegas operating at the Port of Gothenburg, we have two companies that complement each other with different offerings. Shipping lines now have a further incentive to consider switching to LNG.”

Jill Söderwall from the Port of Gothenburg and Johan Zettergren from Swedegas broke ground for the new plant, which will be a big boost for the port of Gothenburg’s LNG offer. Photo: Swedegas

The plant's pipeline infrastructure can supply LNG for vessels at three berths.

Fully expanded, the plant can also be supplied with LNG both from the sea side and the land side.

The facility will be scalable and can be adapted to the needs of the customers.

Gas purchasers will also be able to choose their supplier.

LNG will arrive at the facility by trailer or in containers, and will be distributed via a 450-metre vacuum-insulated cryogenic pipeline to the quayside.

The facility marks the first step in the construction of a broader solution for the gas infrastructure at the Port of Gothenburg, with the potential to connect to the gas transmission network.

In time, Swedish industry and land transport could also make use of the facility.

Johan Zettergren, Swedegas Chief Executive, stated: “As is the case with the gas transmission network, in which both natural gas and biogas can be transported, the new facility will be flexible and can also be used for the storage and transport of renewable gas.

“Customers with access to the transmission network can already choose biogas, and this is something we are looking to extend to the shipping sector as the next step in their transition to environmentally correct alternatives.”

The EU has assigned the project PCI (Project of Common Interest) status, which means that it is among the most prioritized infrastructure projects in Europe. The EU, via the INEA (Innovation and Networks Executive Agency), has also confirmed that support measures are in place to ensure the project will reach fruition.

Read more: JAXPORT has endorsed LNG as a fuel source for the maritime industry in a new video that has explored why developments taking place at the port in the US state of Florida is giving the region a reputation boost when it comes to saving the planet