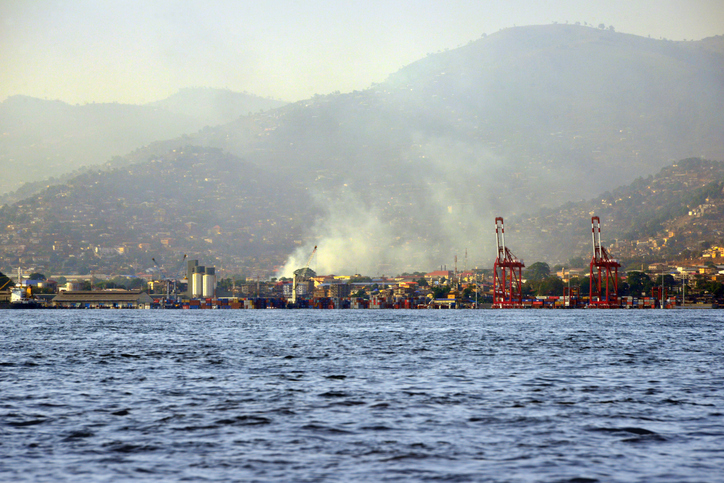 Engineering company Gaussin has won a contract from Bolloré Ports to supply new machinery to the Freetown Port Terminal in Sierra Leone.

According to a statement from Gaussin, its APM port tractor is the only electric port vehicle on the market capable of operating without interruption, this is due to its “battery swap” system which allows batteries to be changed in just a few minutes.

As the machinery is fully electric it will allow Bolloré Ports to reduce its carbon footprint as well as save on maintenance costs.

“We are honoured by the confidence Bolloré Ports continues to have in Gaussin’s expertise and technology,” said Christophe Gaussin, CEO of the Gaussin Group. “This new order, the third one from Bolloré Ports, also attests to the commercial success of the APM 75T equipped with batteries from Blue Solutions, the model now deployed in Africa, the Middle East, Australia and New Zealand.

“Gaussin and Bolloré Ports share the same commitment to carbon-free port logistics and our group is proud to continue to support Bolloré Ports in its goals.”

The purchase of this new equipment directly contributes to Bolloré Ports’ Green Terminal process, which was launched in 2021 with the aim of reducing its carbon footprint throughout its operations.

Philippe Labonne, CEO of Bolloré Ports, added “Gaussin’s technology is fully in line with our ground-breaking Green Terminal process, which aims to significantly reduce our carbon footprint. It was therefore a natural decision to continue our collaboration with Gaussin through this new order.

Gaussin has previously supported the fight against global warming through its agreement with Hydrogen Refuelling Solutions (HRS), which sees both parties work together to supply 36 hydrogen refuelling stations across the EU between now and 2026.

Announced in October 2021, Gaussin will receive an investment of €7 million ($8.1 million) from HRS and, in turn, will market a turnkey solution through the EU that will be applicable for its zero-emission vehicles designed for airports, logistics, ports, smart cities, and roads.