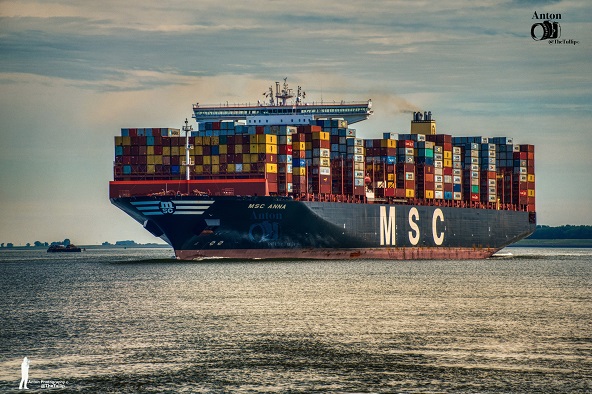 To mark the six-month milestone for 2015, PTI has put together a list of its top 10 articles listed by the number of LinkedIn and Twitter shares.

In a previous article, PTI reported on its top 10 news stories of 2014, including 10 Unknown Facts About Shipping Containers and an initiative that sought to revolutionise the way that containers are moved and stored at the ports of Los Angeles and Long Beach.

Below is the list of 10 of our 10 most-shared articles based on Google Analytics data for the first 6 months of 2015:

The World’s Top Five Containerships is our most-shared article to date. It shows the MSC Oscar as the world’s largest ship in joint position with the MSC Oscar with a total capacity of 19,224 TEU.

A Technical Paper written by Neil Davidson, Senior Analyst for Ports and Terminals at Drewry Shipping Consultants was published by PTI. The paper focuses on the current and future implications of mega-ships on ports and terminals.

This story found that, of the top five ports in the world, four of them were based in China, and collectively handled around 100 million TEU in 2014.

APM Terminals opened its Maasvlakte II container terminal in early 2015, and to honour that, an opening ceremony was organised at the Port of Rotterdam and attended by around 500 people, including King Willem of Holland.

5) SINGA: The Next Generation Container Port

The SINGA container port concept, designed by the National University of Singapore, is a new idea for a two-storey container terminal that would see containers transported between both storeys via a hole in the top floor.

As our most retweeted story, an infographic showing 50 years of a container ship’s evolution.

The infographic shows that container ship sizes have grown by around 1200% in the last 60 years.

A story about the new terminal construction in Singapore, which details the dredging work required for the project, as well as the contractors required to complete the

An infographic showing the top carriers by the total percentage of their fleet size in TEU terms, highlighting Maersk as being the leading container line. The Danish carrier currently owns more

than 15% of total contianerised trade that is transported via the oceans.

This short video shows the various trade routes that a container line will take on its voyage to different parts of the world.

10) Is the Vindskip the Future Cargo Ship?

The future of cargo shipping could be taking a radical turn with the vindskip cargo ship, which uses its sides as sails.