Freeport of Riga to invest €1 million in digital technology 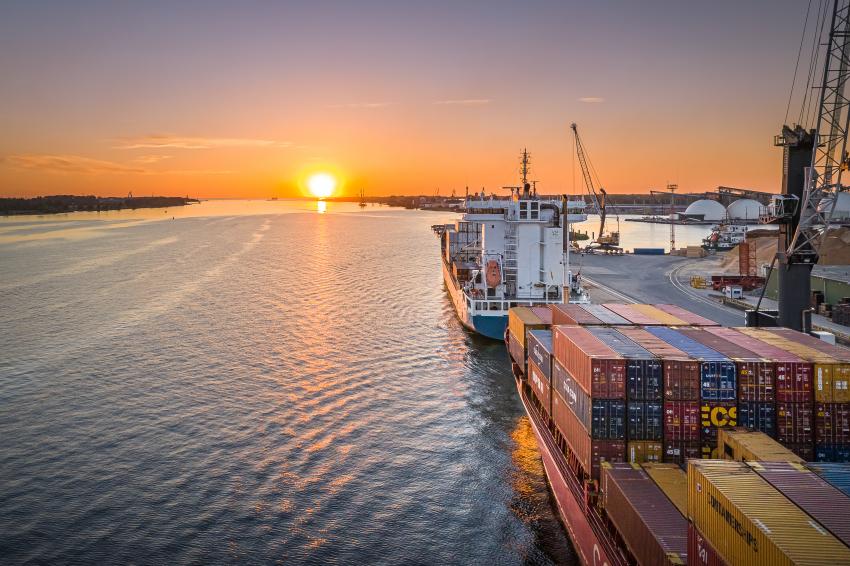 The Freeport of Riga is planning to invest almost €1 million ($1.13 million) in the implementation of digital technology and IT solution projects in 2022.

This major investment will see both the port and the companies that operate within the port facility further develop green energy, smart technology, and IT projects.

This comes as the port believes energy efficiency, automation of processes and speed of cargo movement are amongst the most important issues of today, while also having a direct impact on its competitiveness.

“Every stevedore working in the Port of Riga and every company operating in the port will have to become more efficient in terms of energy consumption, be able to be greener and to provide investments in green technologies,” said Ansis Zeltins, CEO of the Freeport of Riga.

“We have unanimously supported this trend of the port development. The second important direction is digitalisation so that we keep pace with today’s global transport and logistics development trends and directions.”

Rihards Strenga, Executive Director of the organisation representing the interests of companies working in the Port of Riga, added “Green technologies have huge support from Europe, with co-financing of up to 85% in some cases. That means that the investment would pay off very quickly. Considering today’s energy prices, solar panels, for example, with such a significant co-financing, can ensure return on investment in a couple of years.”

The Freeport of Riga houses several warehouses, spanning a total area of at least 50,000m2, which could easily be operated with solar panels.

“Since last year, there have been a lot of programs at European level where entrepreneurs can launch green projects as clusters and attract funding directly. This is a very large amount of co-financing, and we are looking in that direction. While there are undoubtedly many different criteria that need to be met in order to receive funding if everything goes as planned, it is certainly an investment worth millions,” continued Strenga.

“If we assess the average investment in the port sector in Europe, not to mention the world, then any medium-sized investment starts at €100 million ($113 million). For example, the solar panel project would undoubtedly be of large scale and importance for the port and the city, both from the economic and environmental aspects.”

Strenga goes on to agree with Zeltins in that the second important development direction is the digitalisation of port processes and cargo handling operations. Already, several companies in the facility have implemented measures to automate and digitalise large parts of their work.

However, the port is committed to creating a unified cargo accounting system, which would be connected to the customs and other public services, thus reducing the circulation of paper documents and significantly increasing the capacity and speed of cargo movement.

“Investments in the development of the port – these are investments in the Latvian economy. As for the indirect impact on the gross domestic product – these are several 10s of percentages. We would like to emphasise this fact in the new port development strategy – if there are stronger ports and modern terminals, then the Latvian economy will grow faster.

“Latvia’s main exports pass directly through ports, so ports are very important for Latvia’s economy to grow faster. On the other hand, many raw materials, including transport units such as cars and light commercial vehicles, are delivered through ports, as well as raw materials for metalworking and mechanical engineering. As ports modernise and enhance their capacity, we provide a considerable direct impact on Latvia’s export leaders, which we are proud of.”

One method Riga is using to automate its operations is through the use of underwater drones.

The port trailled this emerging technology in October 2021 and sought to use them to collect accurate data on the technical condition of its underwater infrastructure.