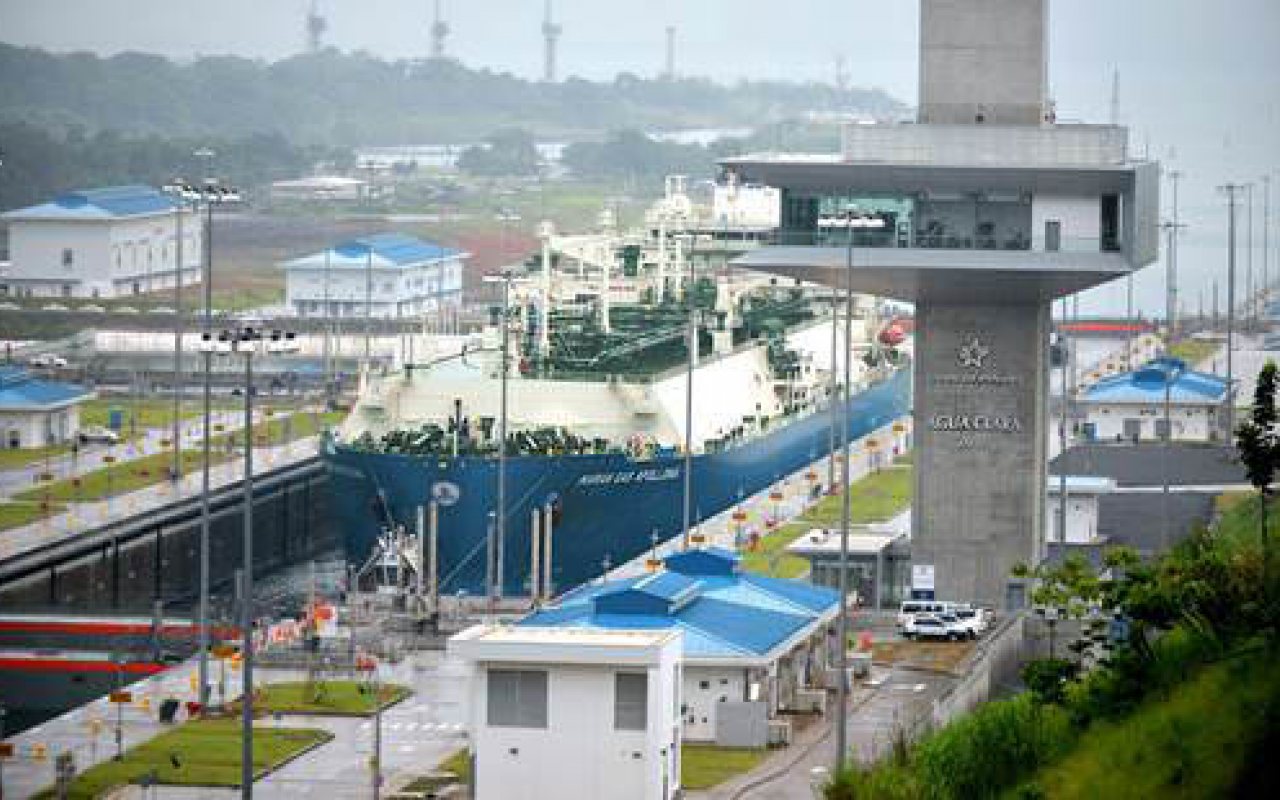 The Panama Canal has marked a milestone with the transit of the first-ever liquefied natural gas (LNG) carrier through its expanded locks.

This follows recent news that a containership had crashed into a wall of the new locks.

The Shell-chartered Maran Gas Apollonia, which measures 289 metres in length and 45 metres in beam, arrived Monday from the Sabine Pass LNG Terminal on the US Gulf Coast, signaling the arrival of the highly-anticipated segment to the waterway.

Jorge L. Quijano, CEO and Administrator of the Panama Canal Authority (ACP), said: “The transit of the first LNG vessel through the new Panama Canal locks is a milestone in the waterway’s history. LNG trade will greatly benefit from the Expansion, and we look forward to welcoming even more LNG vessels through our great waterway. This transit marks the beginning of a new era that will result in cleaner and lower cost energy for the world.”

The expanded canal can accommodate 90% of the world’s LNG tankers, which will have a major impact on global LNG flows and offer numerous benefits to shippers.

For example, with the US poised to become one of the world’s top LNG exporters in the next five years, the canal will allow vessels departing the US East and Gulf Coast for Asia to have significant reductions in voyage times (up to 22.8 days roundtrip), making US gas deliveries to major Asian importers very competitive.

The new tolls reduce ballast fees for LNG customers who use the same vessel for a round-trip voyage as opposed to using an alternate route, so long as the transit in ballast is made within 60 days after the laden transit was completed.

The number of reservations that the canal has received thus far from various types of Neopanamax vessels is more than 229, and growing by the week.

This increasing demand is further evidence of the maritime industry’s continued trust in the Expanded Canal and the impact it will have on the future of global maritime trade.

Fact File: The Panama Canal is run by an autonomous agency of the Government of Panama in charge of managing, operating and maintaining the Panama Canal. The operation of the Panama Canal Authority (ACP) is based on its organic law and the regulations approved by its Board of Directors.