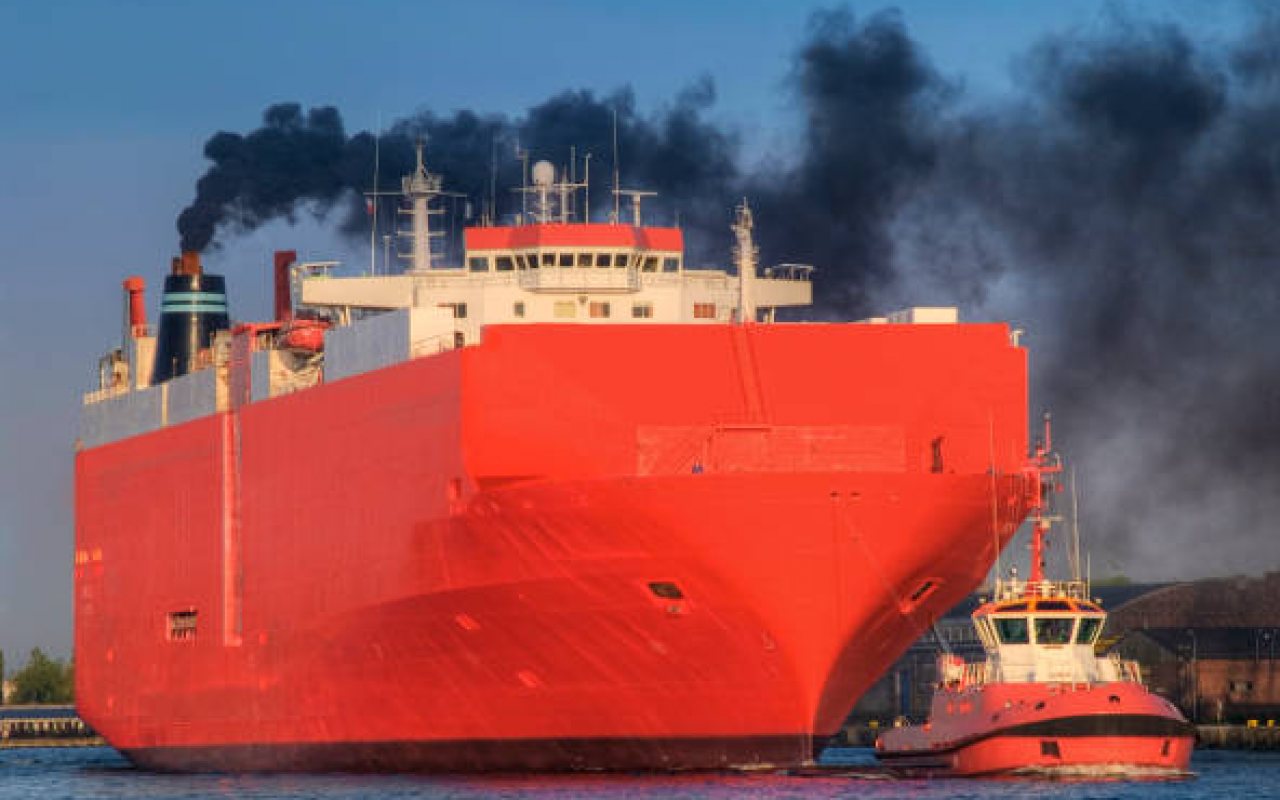 The Director of Policy and External Relations for the International Chamber of Shipping (ICS), the global trade association for shipowners, has criticised the European Union for incorporating international shipping into its regional Emissions Trading System (ETS) and sided with “disappointed and very concerned” Non-EU nations who were told that the IMO had a comprehensive road map for action a few weeks ago.

Simon Bennett has spoken out about the European Parliament Environment Committee vote and warned that the EU’s decision will polarise and impede current discussions on additional CO2 reduction measures at the UN International Maritime Organization (IMO).

ICS will work closely with the European Community Shipowners’ Associations (ECSA) to persuade the plenary of the European Parliament, as well as EU Member States and the European Commission, to reject the EP Environment Committee's report.

The plenary of the European Parliament is expected to vote on the Committee's report in early 2017.

Bennet said: “Non-EU nations will be disappointed and very concerned by yesterday's vote in the European Parliament Environment Committee following IMO's adoption just a few weeks ago of a comprehensive road map for action.

“We hope that EU governments and the European Commission will see sense and recognise that threats to their trading partners will not serve the development of the global solution which both they and the shipping industry want and need.

“ICS is confident that IMO Member States, most of which are developing nations, will adopt a CO2 reduction strategy in 2018 that will include ambitious CO2 reduction goals and the development of a mechanism for delivery. But threats of EU unilateral action will do nothing to help this complex process.”

ICS says that emissions trading, which has been developed primarily for industries such as power generation and cement and steel production, is completely inappropriate for international shipping which mostly comprises SMEs typically operating less than 10 ships.

ESPO, which represents all the ports within the European Union, strongly believes that IMO is by far the right level to address the issue and to find a solution and that the roadmap agreed on at the IMO MEPC meeting last October is a starting point.

It has urged the IMO to “ramp up its efforts” and submit an initial reduction target to the stock-take process of the Paris Agreement in 2018, which it advises should be accompanied by short-term measures and that by 2023 the agency should set an emissions reduction target and have the necessary measures to realise this target spelled out.

ESPO believes that a six-year period gives the IMO enough time to put forward an emissions reduction target and measures to implement it and that 2023 must therefore be seen as a milestone. It has warned that if the deadline is not met, EU measures will have to be introduced, but it “should be clear” that the EU measures are to be repealed in case of an international agreement by 2023.

Isabelle Ryckbost, ESPO’s Secretary General, said: “The Paris Agreement has sent a strong signal that international cooperation can deliver tremendous results. The IMO is the right place to address shipping emissions. There is already a coalition of the willing in IMO and Europe should increase the pressure on the IMO to step up its efforts and make progress. It is becoming clear that if the IMO will not deliver an emissions reduction target and measures to implement it by 2023, an EU approach seems unavoidable. We therefore hope that the IMO will demonstrate the same level of ambition when addressing climate change as it did on the global air pollution cap agreed last October.”

Bennet added: “The EU ETS has been an abject failure. Its unilateral application to global shipping would create market distortion while generating trade disputes with China and other Asian nations, as happened when the EU tried unsuccessfully to impose its ETS on international aviation.”

The position of ICS is that if IMO Member States should decide to apply a market based measure for CO2 reduction to international shipping, the preference of the industry would be for a global fuel levy.

ICS says that shipping fully accepts responsibility for reducing its CO2 and building on the 10% reduction already achieved by the sector during the last five-year period for which IMO data is available (2007-2012).

But ICS asserts that if IMO decides to develop a fuel levy, this would require the full support of developing nations which are worried about the potential impact on trade and economic development.

Bennet commented: “Even if market based measures are found necessary to achieve the objectives which IMO sets for the sector, threatening non-EU partners with unilateral action is not going to help them to overcome their legitimate concerns. The only forum in which to have this debate is at IMO.”

The EU and national climate measures that are currently being developed to implement the Paris Agreement, will oblige ports to reduce the carbon footprint of their land-based activities. These efforts should be accompanied by measures covering emissions generated at sea. The environmental image of the maritime and port sector is at stake but ports in Europe are on the first row when it comes to facing the consequences of Climate Change.

Last October, IMO MEPC 70 agreed on a roadmap towards the development of a comprehensive strategy on the reduction of GHG emissions from ships and 2018 has been set as a milestone for defining an initial IMO strategy. This will allow international shipping to take part in the first stock-taking meeting under the Paris Agreement in 2018 where all national reduction targets will be tested whether they are fit for purpose.

The strategy would subsequently be adjusted based on the analysis of available data, and a revised strategy envisaged for spring 2023 will be finally adopted.

The roadmap does not however make any commitment to setting an initial emissions reduction target as part of the strategy.