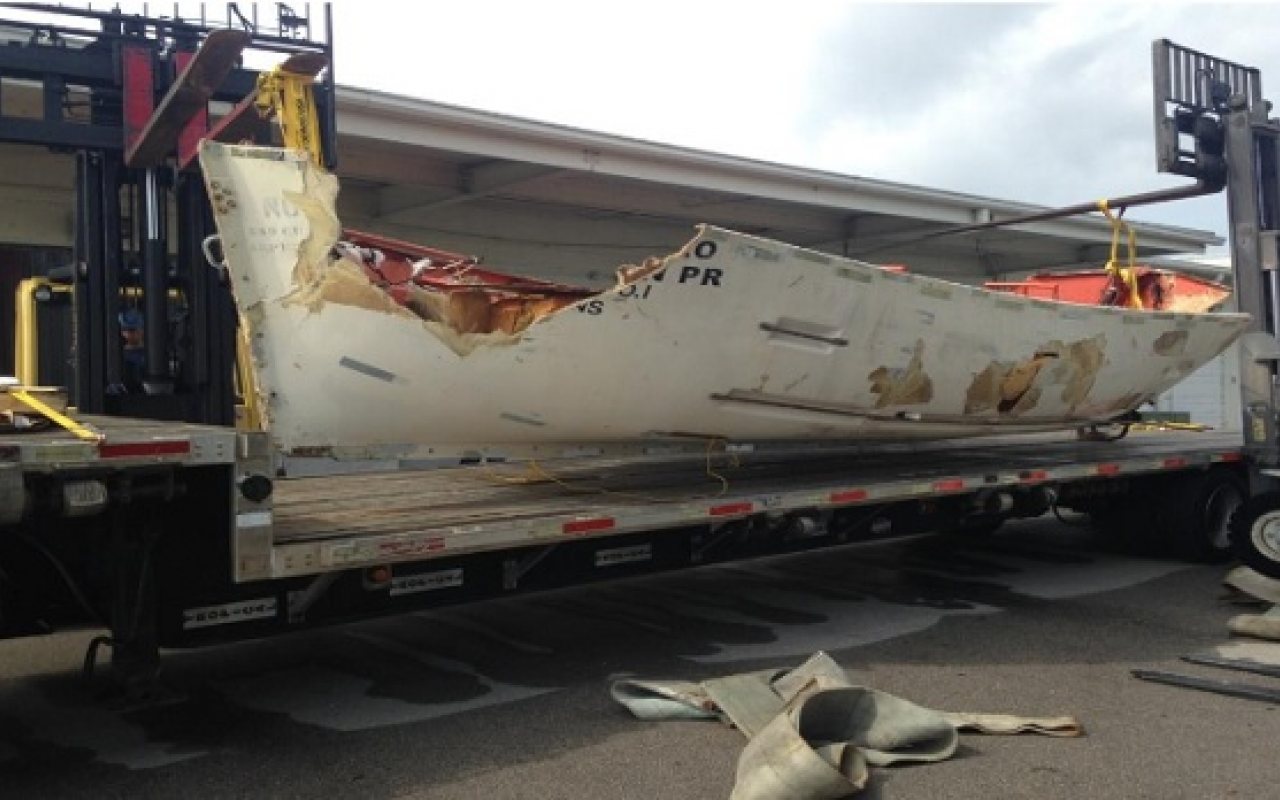 An investigation by the US Coast Guard into the sinking of the EL Faro cargo ship during Hurricane Joaquin in 2015 has pointed a large proportion of the blame at the captain, but also the crew and vessel operator TOTE Maritime.

The Coast Guard found that Captain Michael Davidson’s decision to steer the ship “almost directly” into the path of the category 4 storm was one of the biggest errors made in key events that led to it sinking, resulting in the deaths of all 33 crew members on board.

At a news conference in Jacksonville, Florida, Captain Jason Neubauer, who headed the investigation, said that the US Coast Guard would have filed negligence charges against Davidson and tried to have his license revoked if he had survived.

He also found that Davidson “was ultimately responsible for the vessel, the crew, and its safe navigation”.

A 199-page report, the culmination of a two-year investigation that included 30 days of public hearings at which 76 witnesses testified, pointed a large proportion of the blame at Davidson but also at TOTE, El Faro’s owner responsible for managing the movement of cargo between Jacksonville, Florida, and San Juan, Puerto Rico.

It found that TOTE did not “adequately identify the risk of heavy weather” prior to departure on the accident voyage.

TOTE, Davidson, and the ship’s officers were also not aware of vessel vulnerabilities and operating limitations in heavy weather conditions.

Learn more about how natural disasters, such as coastal hurricanes and rainfall flooding, can create major impacts on marine transportation in the 'Natural Disaster Risk: Geospatial Assessments for Resilient Infrastructure' technical paper

But El Faro’s design and the crew’s “complacency” and “lack of training” were amongst many other contributing factors in the vessel sinking on October 1, 2015, off the coast of the Bahamas.

It was revealed that whenever a tropical weather system directly or indirectly affected the port of Jacksonville or San Juan, TOTE implemented a Port Hurricane Plan in order to safeguard its shoreside assets.

This included measures to ensure the protection of personnel, critical equipment such as gantry cranes, cargo, and other company assets.

However, the report found that there was no similar hurricane plan in place to protect underway TOTE vessels in adverse weather conditions.

There was also no vessel-specific heavy weather plan produced for El Faro.

The report stated: “A lack of effective training and drills by crew members, and inadequate oversight by TOTE, Coast Guard, and ABS, resulted in the crew and riding crew members being unprepared to undertake the proper actions required for surviving in an abandon ship scenario.”

In a response to the findings, TOTE said that the report represented “another piece of this sacred obligation that everyone who works upon the sea must study and embrace. The report details industry practices which need change.

“The El Faro and its crew were lost on our watch and for this, we will be eternally sorry.”