Durban Port grounds to a halt in flood aftermath 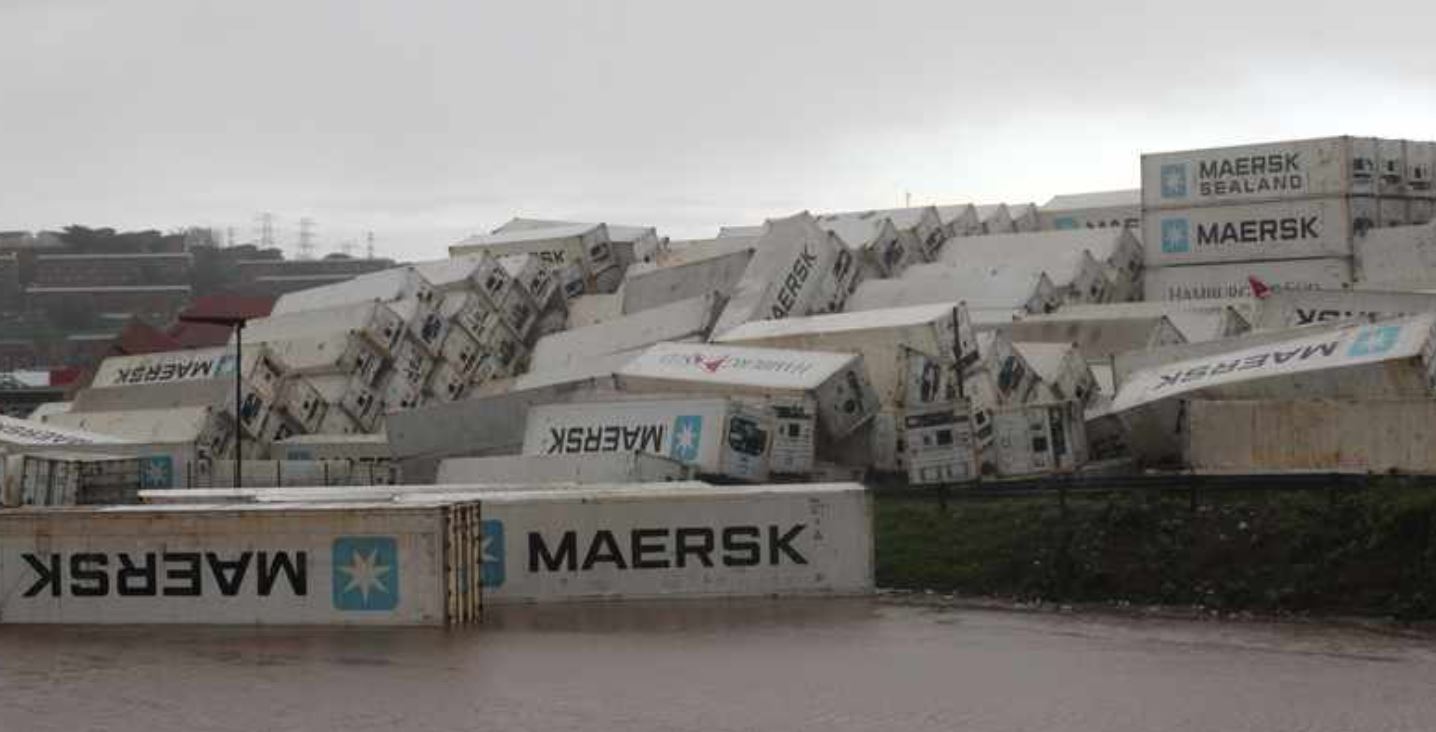 Heavy storms and rain in the region have knocked down container stacks at the port and caused severe damage to neighbouring highways.

According to A.P. Moller – Maersk, damage to Bayhead Road, the main access road to the port’s container terminals, is substantial and has effectively cut off all road access in and out of the terminals. Rail services also remain suspended.

“There are no reported damages and gantry and shoreside equipment is fully functional. Gang availability is constrained given accessibility restrictions into the terminals so we can expect lower levels of productivity,” said the Danish shipping line in a recent customer advisory.

The Department of Public Enterprises has since started working with port operator Transnet and its stakeholders, including the KwaZulu-Natal provincial government, the eThekwini municipality, and Eskom to fully stabilise port operations.

“Priority interventions, in collaboration with the eThekwini Municipality and Transport Authority, include repairing Bayhead Road and investigating alternative access roads into the port while it is being repaired,” said Minister of Public Enterprises Pravin Jamnadas Gordhan in a statement.

“There was a washaway of a section of Bayhead Road at the outfall of the Umhlathuzana canal into the harbour. Cargo which will be prioritised for evacuation from the port today includes food, medical supplies, and petroleum products.”

Shipping is expected to resume at the Port of Durban once safety has been established for marine craft and vessel navigation.

On Saturday afternoon 5 March, a fire broke out inside a container which was situated in the stacking area at the Durban Container Terminal (Pier 2).

A separate fire then broke out on Monday morning 7 March.